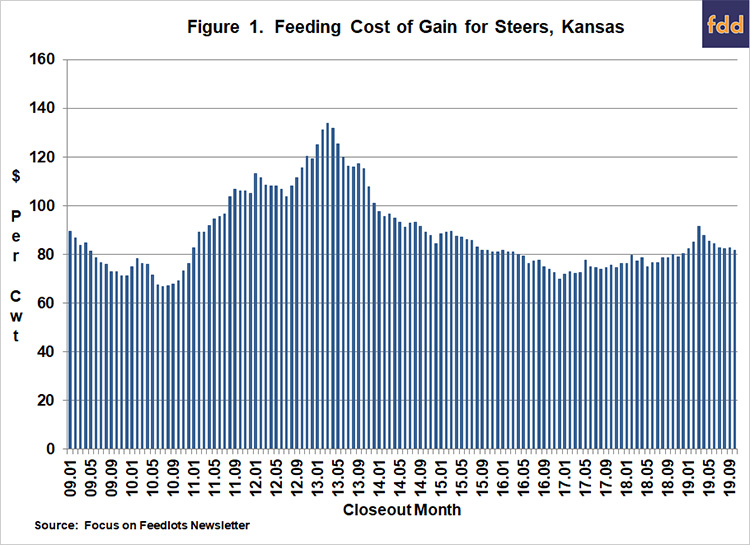 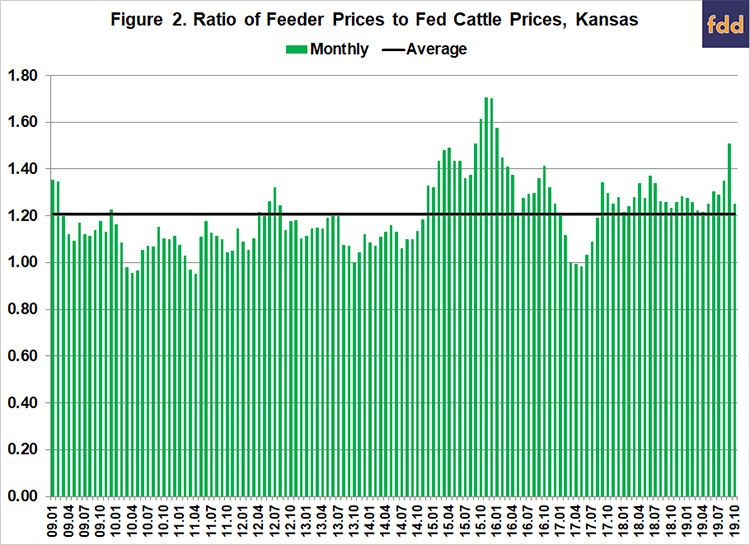 Monthly steer finishing net returns from January 2009 to October 2019 are presented in Figure 3.  It is important to note that net returns were computed using closeout months rather than placement months.  Net returns averaged $111 per head in 2017 and a negative $45 per head in 2018.  Net losses for the first six months of 2019 averaged $52 per head.  For the third quarter of 2019, net losses averaged $191 per head.  Estimated net losses for the fourth quarter of 2019 are expected to range from $10 to $40 per head. 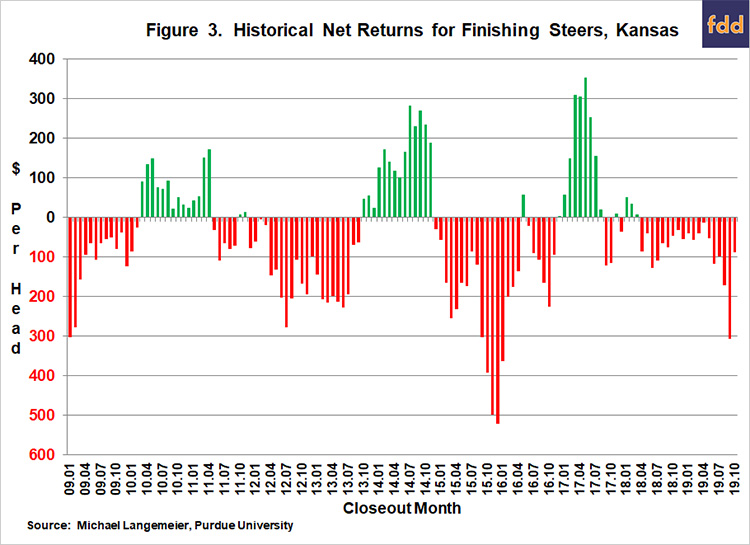