During the period of rapidly increasing commodity prices since the summer of 2010, there has been occasional reference to “demand destruction” resulting from higher prices. That terminology is misleading and conceptually incorrect. What commentators are generally referring to, of course, is that high and increasing prices would be expected to result in less consumption of the commodity than would have occurred at lower prices. That relationship, however, does not constitute demand destruction. That is, a change in consumption in reaction to a change in price does not represent a change in demand.

Demand for a commodity is generally described as the negative relationship between price of that commodity and the quantity that end users are willing to consume. That is, all else equal, users would be expected to consume more at lower prices and less at higher prices (figure 1). Conversely, producers of the commodity would be expected to produce more at higher prices and less at lower prices (positive relationship between price and quality), all else equal. The market equilibrium price and quantity are established by the intersection of supply and demand (figure 2). For annually produced crops, supply for a particular marketing year is essentially fixed (vertical supply curve) at the level of production plus stocks on hand at the beginning of the year. With a given demand structure, a small crop would result in less consumption and a higher price than would occur with a large crop (figure 3). That change in consumption, however, does not represent demand destruction, but rather a movement along the demand curve. 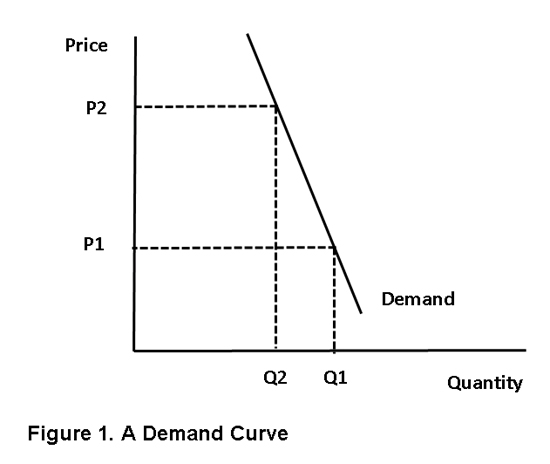 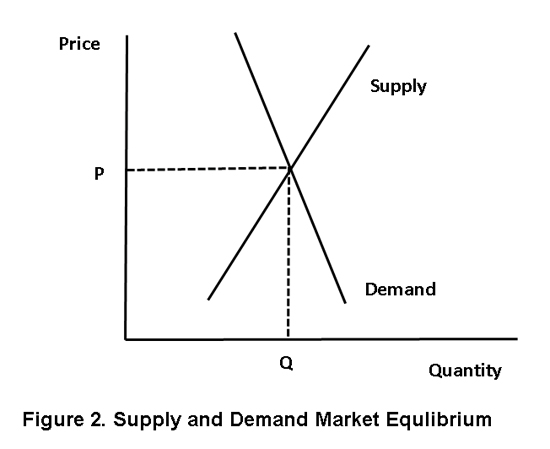 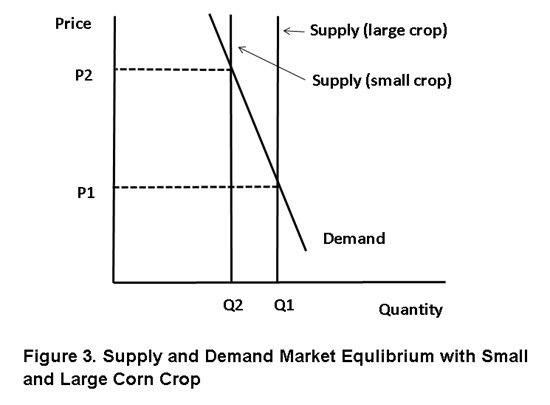 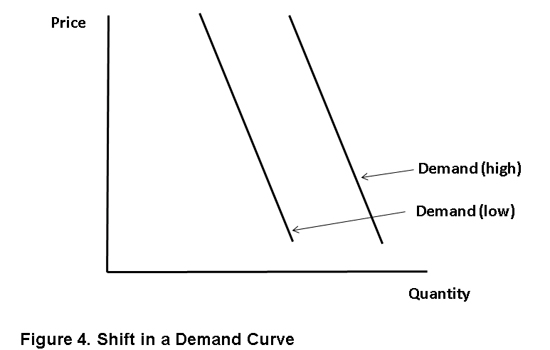 So what can cause a shift in demand for corn? Corn demand can be shifted by factors that change the profitability of end users. These factors might include a change in livestock prices that alters feed demand or a change in energy prices that alters ethanol demand. Corn demand could also be shifted by a change in the price of competing commodities, such as wheat or soybean meal, that makes those commodities more or less competitive with corn. Additionally, demand for U.S. corn could be shifted by changes in production of corn or other grains in other parts of the world.

The high corn prices experienced so far in the 2010-11 marketing year reflect a combination of stronger demand and a smaller than expected U.S. crop (figure 5). Corn demand increased (demand curve shifted from demand (expected) to demand (actual)) as a result of higher livestock prices, higher energy prices, and perhaps a smaller foreign wheat crop. Domestic supply was relatively small due to an average yield below trend value. As a result, corn prices have been higher and consumption lower than would have occurred without the shift in demand and the small supply. While consumption is lower than would otherwise have occurred, demand has not been destroyed. The irony is that corn demand has been strong. 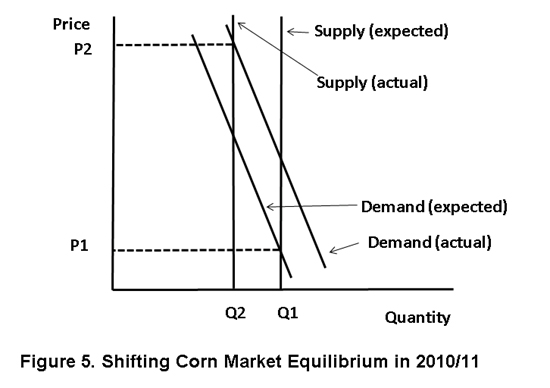