The lower export forecasts result in prospects for slightly more abundant stocks at the end of the current marketing year (September 1, 2011) and, depending on the outcome of the 2011 U.S. crops, tight but adequate stocks at the end of the 2011-12 marketing year. Along with monitoring prospects for the 2011 crops, export progress will be closely followed to judge if the new forecasts are in fact unfolding. The USDA’s weekly export inspection report released on Monday mornings is the most widely followed report of export progress. That report reveals export inspections for the week ended the previous Thursday, with revisions (mostly higher) for the week prior to that. 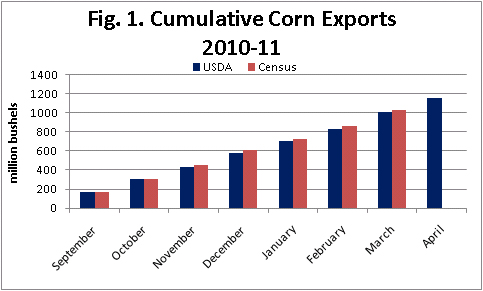 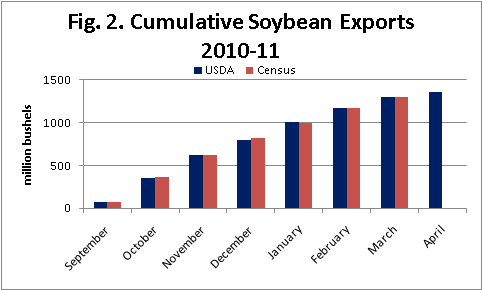 In addition to reporting weekly inspections, the USDA reports weekly new export sales of corn and soybeans each Thursday for the week ended the previous Thursday. For the week ended May 5, new sales were at the level required to sell 1.9 billion bushels of corn and 1.55 billion bushels of soybeans this year. The level of shipments, however, will have to accelerate to reach those levels by year-end.