An index of 21 publicly traded companies that deal with agriculture declined by 6 percent in the second quarter of 2011. The 6 percent decline in the AgIndex compares to a .5 percent increase in the S&P 500. 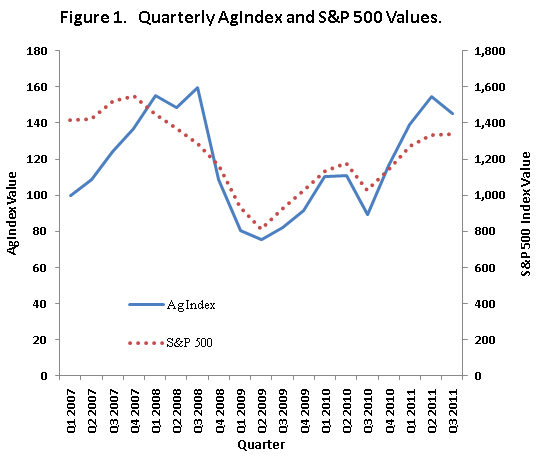 Unlike in previous quarters since 2007, the 2nd quarter AgIndex decline is not accompanied by a decline in the S&P 500. More information on the AgIndex can be obtained at Performance of Publicly Traded Agricultural Firms Since 2007.