The National Agricultural Statistical Service (NASS) released projected 2011 corn yields by Crop Reporting District (CRD) on August 12th. In this post, the 2011 projected yields are compared to trend-adjusted historical yields for 1972 through 2010. Comparisons are made for six states for which NASS releases CRD estimates: Illinois, Indiana, Iowa, Missouri, Texas and Oklahoma. Northern Iowa, central Iowa, northern Illinois, western Illinois, and southwest Illinois have 2011 projected yields in the top half of historic trend-adjusted yields (see Figure 1). The remaining areas have below average yields. Kansas and Texas have extremely low yields, with some of Kansas and Texas CRD yields being the worst in the 1972 through 2010 period. 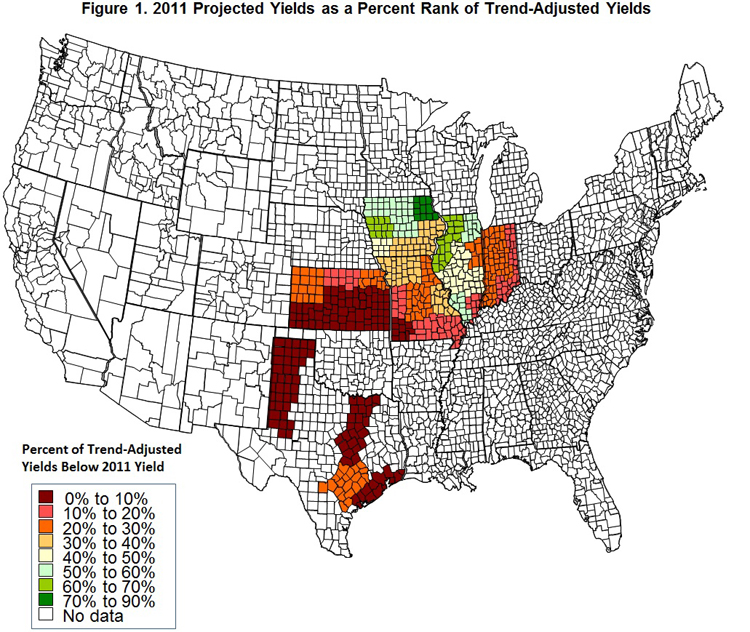 The poor yields for Texas and Kansas are not surprising. The drought centered in Texas is causing dramatic reduction in yields in drought stricken areas.

Some CRDs in Iowa and Illinois have relatively good yields. CRDs in northern Iowa have projected yields that are in the top half of historic trend-adjusted yields. The highest relative yield occurs in the northeast CRD of Iowa with 78 percent of historic yields below the 188 projected 2012 yield. Four CRDs in Illinois have more than 50 percent of the historic yields below the 2011 projected yield. Three of these districts are located in northern Illinois: northwest, northeast, and west CRDs. The southwest Illinois CRD also has a yield in the top 50 percent.

July weather was hot and dry, resulting in a growing area designated as drought. Within the corn-belt, much of Missouri, southeast Iowa, central Illinois, much of Indiana, and northwest Ohio was given a drought designation in the August 6th report (see Figure 2). Given drought conditions, projected CRD yields are remarkably high. For example, the central Illinois CRD in Illinois is designated as drought stricken. During July, the Bloomington airport in the middle of the central CRD had 1.4 inches of rain, well below the 4.0 inch average. The central CRD is projected to have a 179 bushel yields in 2012, with 43 percent of historic yields below the 2012 projected yields. 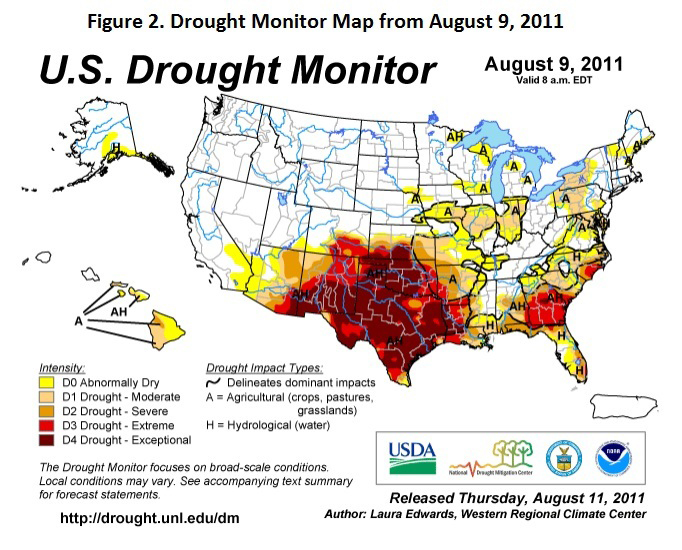 If yields turn out as predicted by NASS, it will be a tribute to genetic and farming improvements. However, drought conditions may point to lower estimates of CRD yields in future reports. 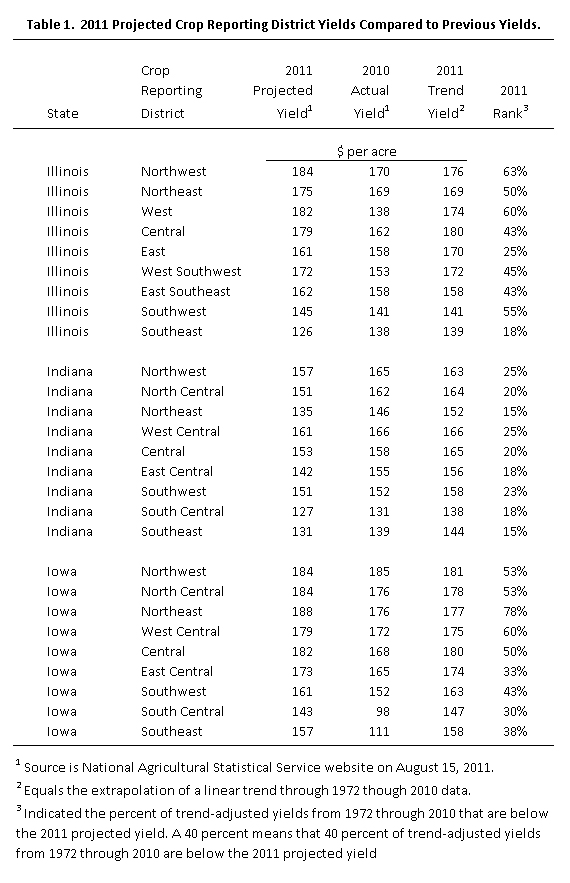