In Illinois and other Midwestern states, September 30th is the sales closing date for 2012 crop insurance coverage on winter wheat. By this date, farmers must buy, change, or cancel their Federally-insured crop insurance products for winter wheat, otherwise they will get the same product and coverage level as they received in 2011. The 2012 Crop Insurance Decision Tool is available for download from the FAST section of farmdoc . This tool will give premium quotes for the COMBO product as well as Group Risk Plan (GRP) and Group Risk Income Plan (GRIP) products. 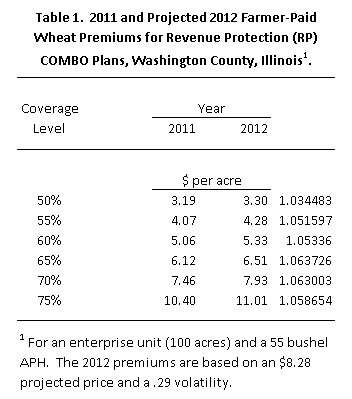 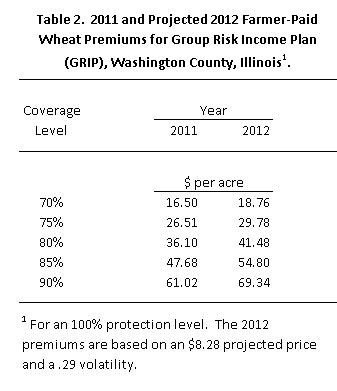 After September 14th, projected prices and volatilities will be revised in the 2012 Crop Insurance Decision Tool to reflect final values. The tool can be downloaded from the farmdoc website at that point. Alternatively, the new parameters can be placed in the “parameter” section of the downloaded tool.