Commodity organizations and other advocacy groups worked to create a range of proposals for program modifications which would 1) generate contributions to deficit reduction, and 2) continue to provide a strong safety net for agriculture. While the many proposals varied, some general themes did emerge.

First, it is widely viewed (and accepted) that the income support provided through the direct payment program will likely be reduced or completely eliminated. Second, most proposals included some sort of revenue-based program which could potentially replace some of the other commodity programs (i.e. counter-cyclical payments and ACRE).

This session will examine the potential implications of these two main changes to farm programs, while also discussing a number of the other proposed changes to other programs within the Farm Bill. Notable examples include the programs under the umbrellas of the Conservation and Nutrition titles, as well as issues such as payment limits and income limitations for payment eligibility.

The elimination of the direct payment program will have varying impacts on producers in different regions of the country. In Illinois and throughout the Corn Belt regions, direct payments average around $20 per acre due to the high percentage of base acres allocated to corn and soybeans. Direct payments are much higher in the southwest and southeast regions where cotton and rice base acres are predominant, whereas direct payment support is lower in the Great Plains regions due to higher percentages of base acreage in wheat. The elimination of direct payments will reduce the revenues associated with crop production, and could impact the rental rates and values associated with farmland.

The modified revenue-based programs in existing proposals range from designs which could result in very large payments in the vent of systemic losses (i.e. “deep loss” programs) to those which would augment crop insurance coverage by providing capped payments covering “shallow” revenue losses. Furthermore, compared to the current ACRE program, proposed changes would base revenue coverage on different price and/or yield measures. This session will review the range of programs being proposed and discuss their potential impacts in Illinois relative to existing programs.

With the failure of the “Super Committee” to reach a consensus by the November 2011 deadline, the debate surrounding the writing of the Farm Bill will likely be extended well into 2012. Thus, while the range of proposals offered by commodity groups and the recommendations from the Senate Agriculture Committee can provide guidance as to expected changes to farm programs, discussion and analysis of farm programs will remain highly speculative over the coming months. 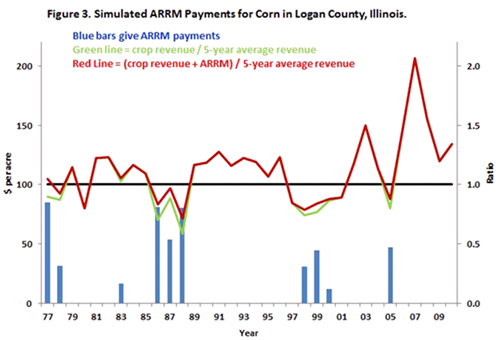 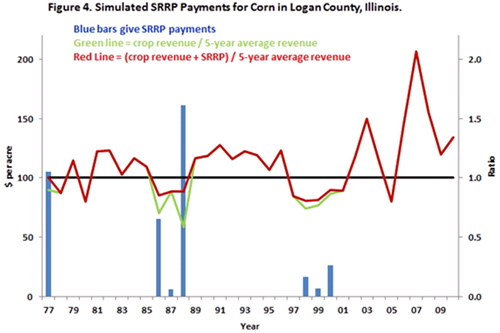