The U.S. average corn yield was below trend value in both 2010 and 2011. Market sentiment seems to be that such a pattern reduces the odds of a below-trend average yield in 2012. That sentiment raises the interesting issue of what, if anything can be learned from the historical pattern of U.S. average corn yields that would be useful in anticipating yields in any particular year? Here we examine the pattern of yields from 1960 through 2011 (Figure 1). 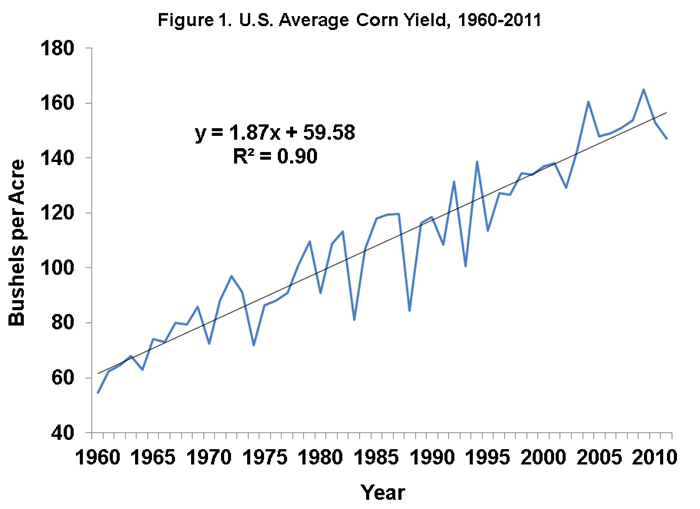 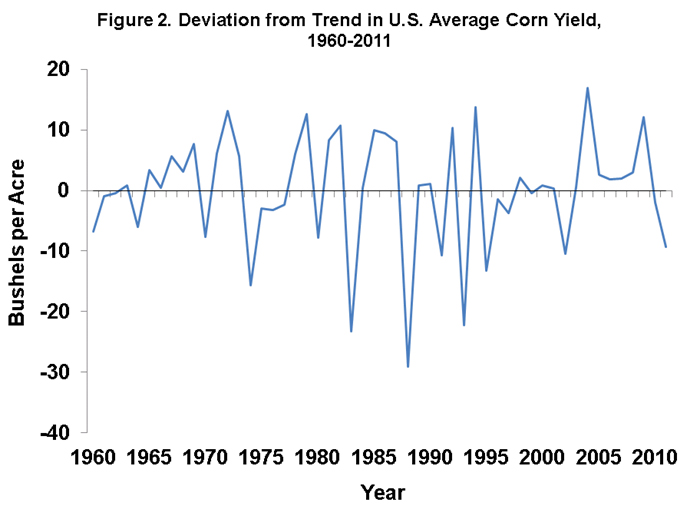 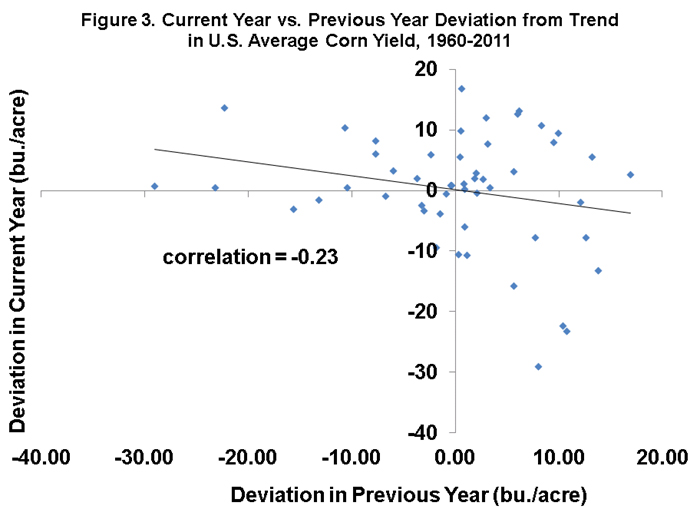 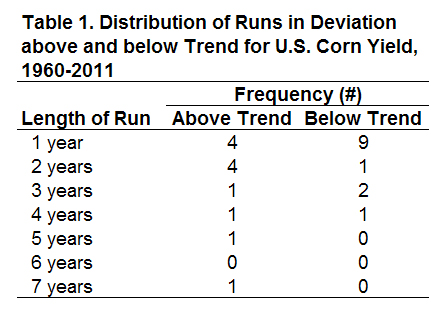 For any particular year, including 2012, history suggests a 60 percent chance of an average U.S. corn yield above trend and a 40 percent chance of an average yield below trend value. Those arguing that 2012 yields cannot be below trend because both 2010 and 2011 were also below trend ignore the actual pattern of historical corn yields. The odds slightly favor a corn yield above trend in 2012 but there is certainly precedent for another year below trend. More specific expectations about the 2012 average yield will depend on how the planting and growing season unfolds.