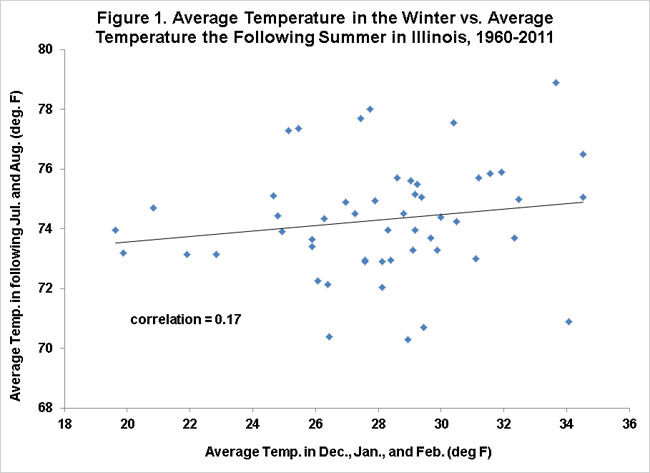 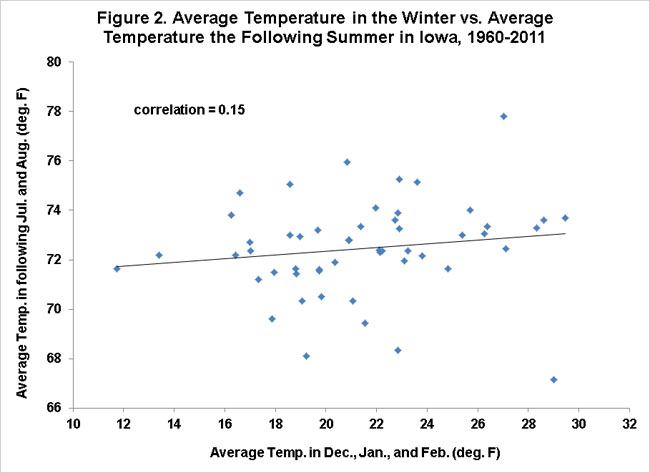 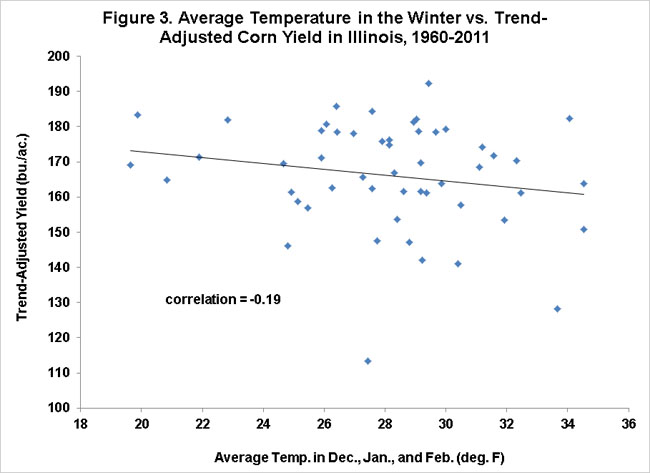 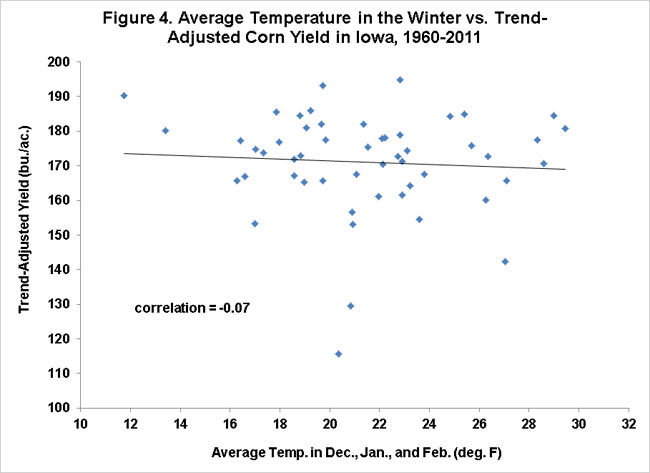 The average winter temperature in Illinois in 2011-12 was equal to the average temperature of the previous five warmest winters since 1960 and the past winter ranks as the fourth warmest since 1960. For Iowa, the average winter temperature was 0.9 degree cooler than the average of the previous five warmest winters and the past winter ranks as the fifth warmest since 1960. Based on relationships in previous warm winters in these two states, the warm winter of 2011-12 provides little indication of likely average summer temperature or state average corn yields in 2012. The lack of a relationship is consistent with the view that, beyond seasonal tendencies, weather is very difficult to predict over time horizons longer than a few weeks.