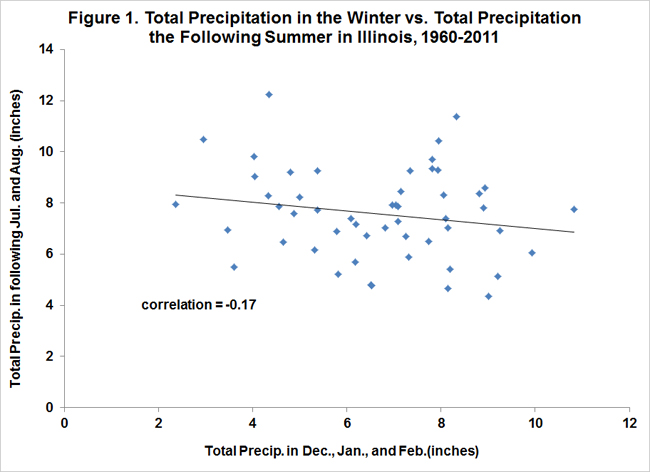 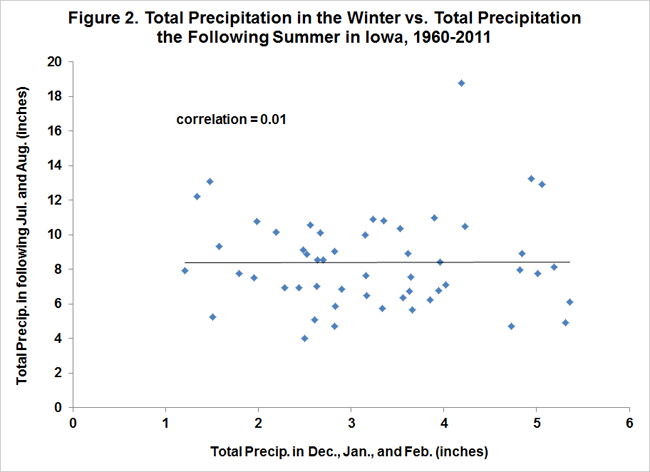 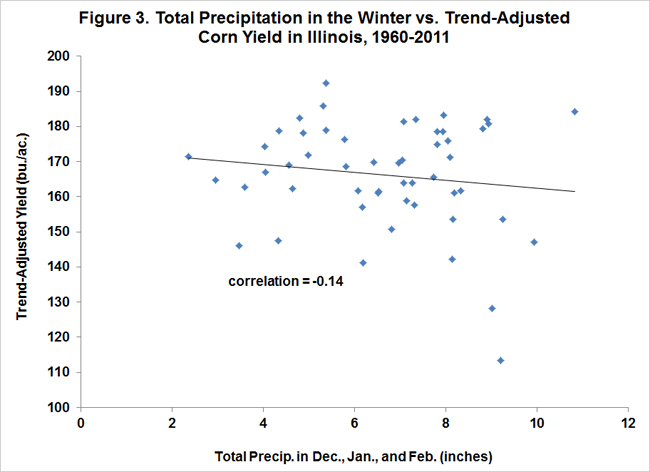 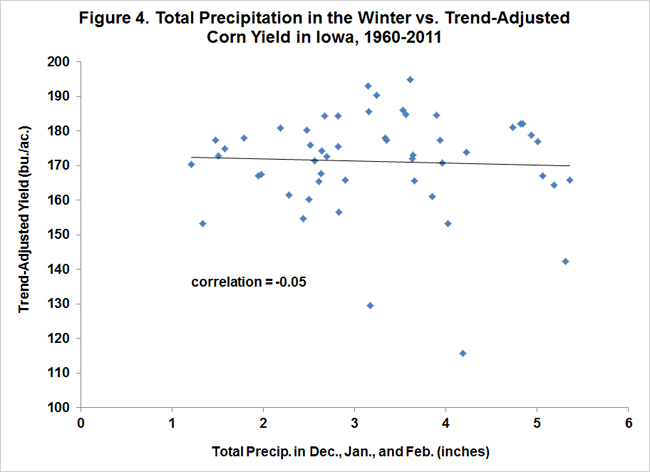 There is little correlation between winter weather (temperature or precipitation) and summer weather. This is consistent with the view that, beyond seasonal tendencies, weather is very difficult to predict over time horizons longer than a few weeks. There may be some predictability over longer horizons due to so-called ENSO events (e.g., El Nino and La Nina), but the reliability of such patterns for predicting U.S. Corn Belt growing season conditions is still open to considerable debate.

In contrast to winter temperature, winter precipitation is likely to have a small impact on corn yields in the following growing season. The available data indicate December, January, and February precipitation in Illinois (6.8 inches) was near average and in Iowa (4.3 inches) above average. Preliminary data indicates March was drier than average. On balance, this suggests little impact of winter 2012 precipitation relative to trend yield in either state.