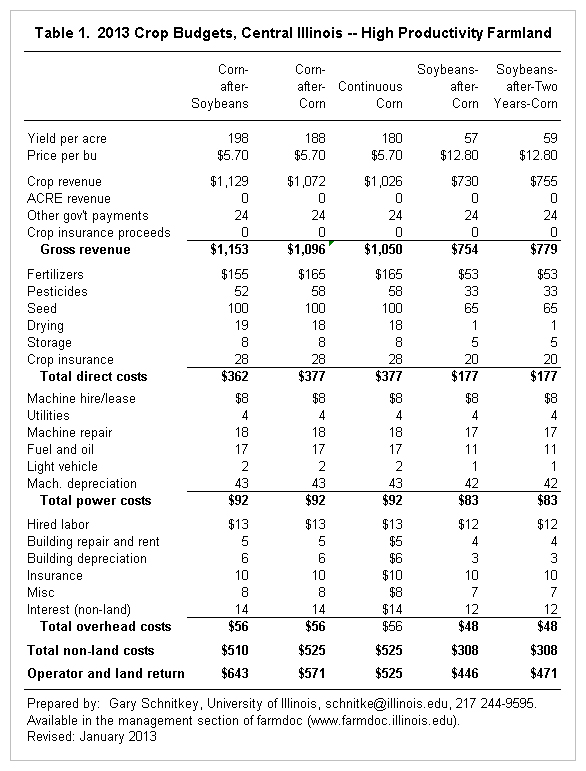 Evaluating cropping decisions in a single year context does not consider the impacts of current planting decisions on returns in future years. If, for example, all farmland in 2013 is planted to corn, there will be no possibility of planting corn-after-soybeans in 2014 as there were no soybeans in 2013. Planting soybeans in 2013 allows for a 2014 planting of the most profitable corn crop, corn-following-soybeans.

These sorts of decisions can be evaluated by calculating the profitability of rotations. Profits are calculated for three rotations:

These rotation returns suggest that the corn-corn-soybeans rotation is the most profitable rotation.

Corn is projected more profitable than soybeans in 2013. Planting more corn in 2013 can result in lower returns in 2014 because fewer acres of corn-after-soybeans can be planted.