Farmland prices have soared in recent years, leading to increased interest in farmland markets and in factors affecting farmland prices. Sales records from the Illinois Department of Revenue (IDOR) allow for detailed comparisons of parcel-level information through time and for the construction of summary price trends and other descriptive statistics. In this post, we utilize detailed sales records from 1979 through 2011 for all farmland sold in Illinois, filtered for arms-length transfers of unimproved farmland parcels between 10 and 1,280 acres in size and $100 and $20,000 in per-acre sales price. In total, 97,599 sales records representing an average of 195,633 acres per year remain in this sample. On average, 2,958 parcels are represented in each year’s average. Figure 1 summarizes Illinois farmland price information through time with series for the acre-weighted average price, the median price, and the 25th and 75th percentiles of prices in each year. In contrast to the average price, which can be influenced by a few very high priced transfers that may be unrepresentative of actual farmland values, the median price is the value at which 50% of a year’s prices are above and below. The interquartile range provides a region containing the central 50% of all sales, thereby conveying the dispersion of prices. Although the interquartile range for farmland prices grows somewhat from 1979 to 2011, the increase is roughly proportional to increases in median and acre-weighted average farmland prices. In other words, there is more room for variation in farmland prices as the overall price level of farmland has increased. 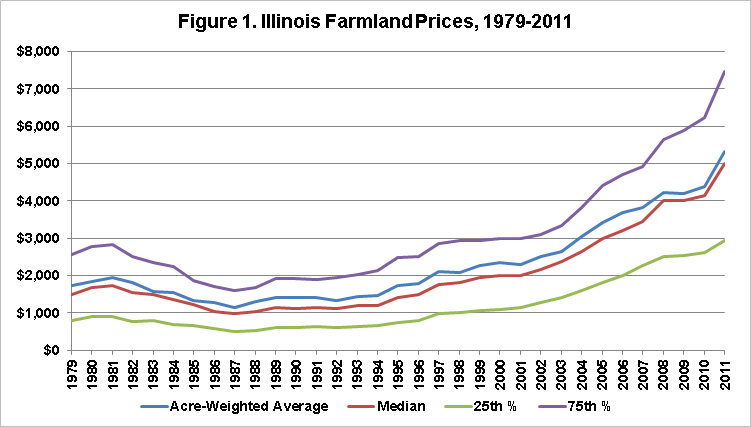 To better understand the variation in sale prices within a single year, a sample of farmland sales data from 2011 is shown in Figure 2. Sales in the highest 25% of the sample in price per acre are shaded in green and sales in the lowest 25% are shaded in blue. The edges of the red-shaded data represent the quartile breakpoints. Figure 2 indicates that there is considerable variation in per-acre prices for Illinois farmland, reflecting differences among farmland quality, farmland buyers, and farmland sellers. A particularly large price range exists for small parcels, which are often purchased for nonagricultural purposes. Nonetheless, the red-shaded cluster in Figure 2 (the interquartile range) provides a meaningful measure of farmland prices that is useful for historical comparisons. 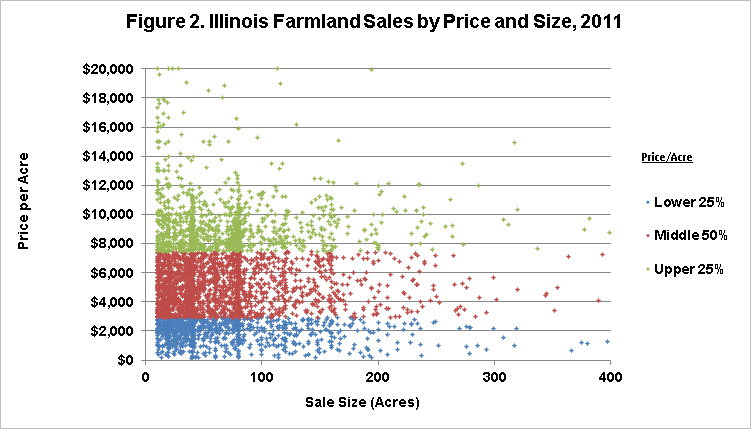 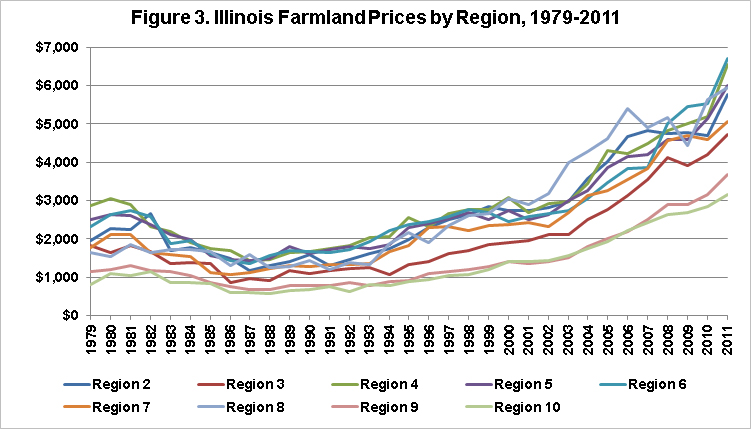 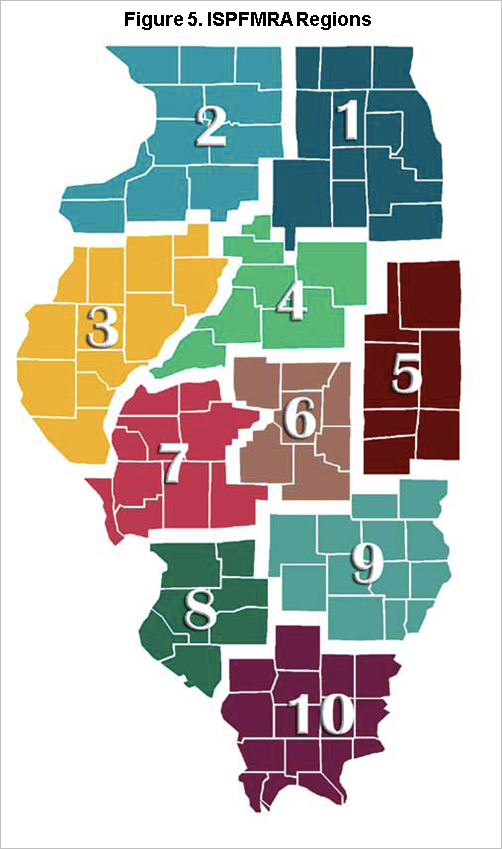 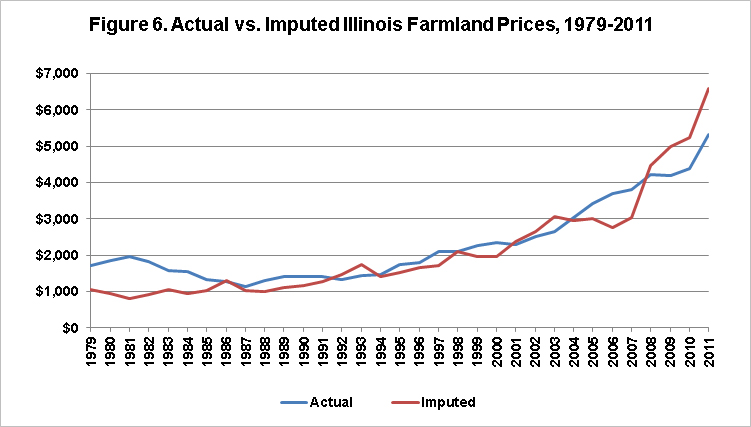 It is apparent that the recent run-up in Illinois farmland prices has been of truly historic proportions. Although the current pairing of farm incomes and interest rates has driven farmland prices to record levels in almost all regions of Illinois, skepticism over the sustainability of these factors may be holding current farmland prices below levels predicted by capitalized rents. For better or worse, farmland prices promise to be a topic of much discussion in the foreseeable future.

Hanson is a Master’s Degree Candidate in the Dept. of Ag and Consumer Economics, and Sherrick is Marjorie and Jerry Fruin Professor of Farmland Economics and Director of the TIAA Center for Farmland Research at the University of Illinois. The views expressed herein are solely the authors’ opinions and do not necessarily reflect those of entities with whom professionally affiliated.