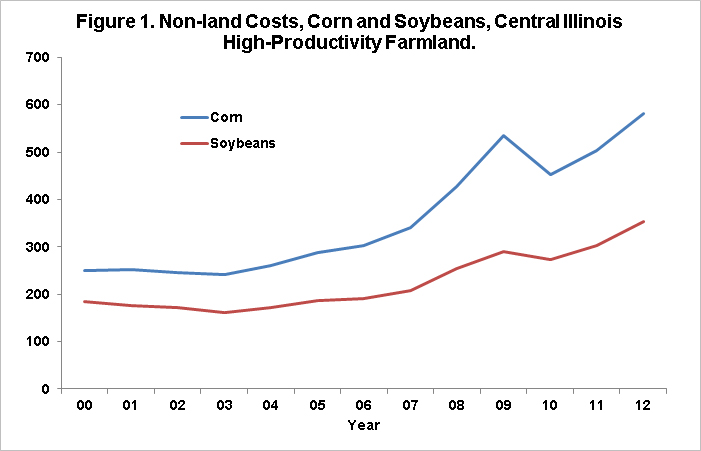 The period of large increases corresponds to the period of higher corn and soybean prices that began in 2006. A central question is whether non-land costs decrease will occur when commodity prices decrease.

Insights into whether non-land costs will decrease can be gained by examining components of costs that contribute to increases in non-land costs. Three components have accounted for 75% of the increase in corn costs from 2005 to 2012: