In 2013, counties in the eastern U.S. had corn yields above trend yields while the western corn-belt had below trend yields, resulting in a U.S. corn yield near trend. An evaluation of county yields for years between 2004 through 2013 suggests that corn yields have to be above average across the vast majority of the corn-belt counties for the U.S. to have a corn yield significantly above trend. Similarly, county yields in the majority of corn-belt counties have to be below average for the U.S. yield to be significantly below trend. 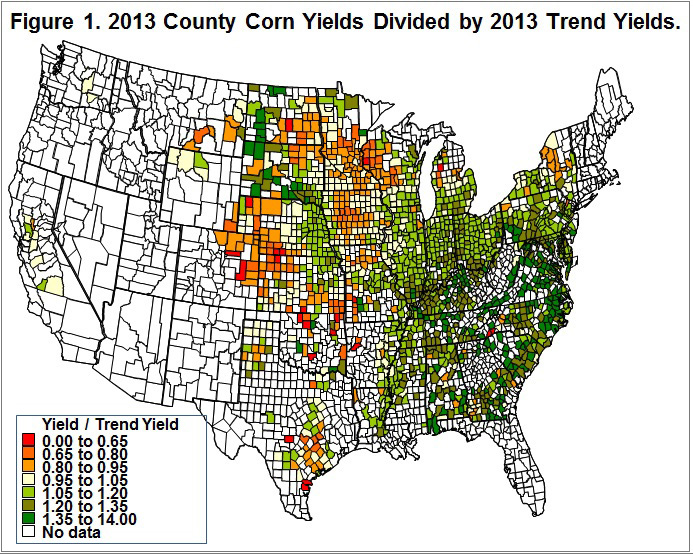 With the exception of eastern Nebraska, much of the western corn-belt had below trend yields. Many counties in central and northern Iowa, southern Minnesota, eastern South Dakota, and eastern North Dakota had yields more than 5% below trend.

U.S. corn yield have not been significantly above trend for a while. Within the last ten years, the U.S. corn yield has been 8 bushels above trend in two years: 2004 and 2009. Length of time between high yields does not hold implications for actual yields in 2014. U.S. yields in any given year for corn are not depended on yields in the previous year. Stated alternatively, the probability of a significantly above average yield does not increase with the length of time since an above average yield has happened.

A brief review of the past ten years demonstrates these relationships, with the maps at the end of this post illustrating the points. 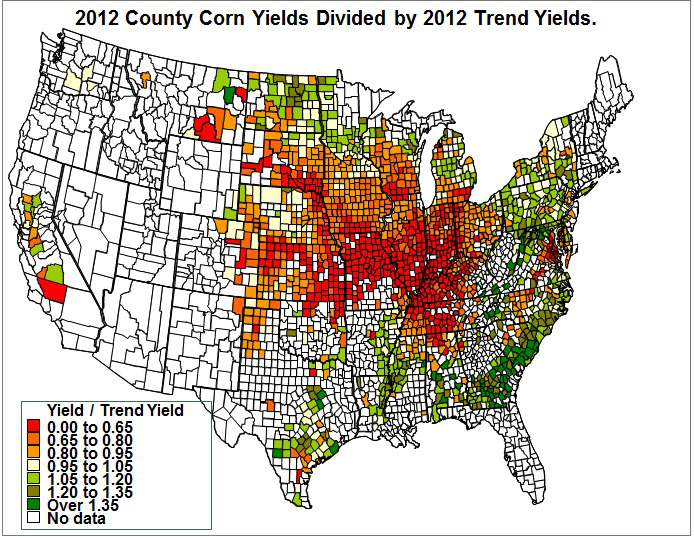 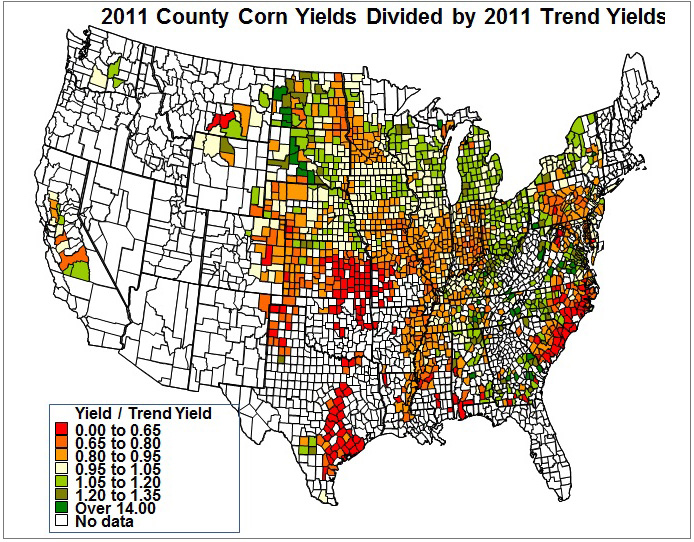 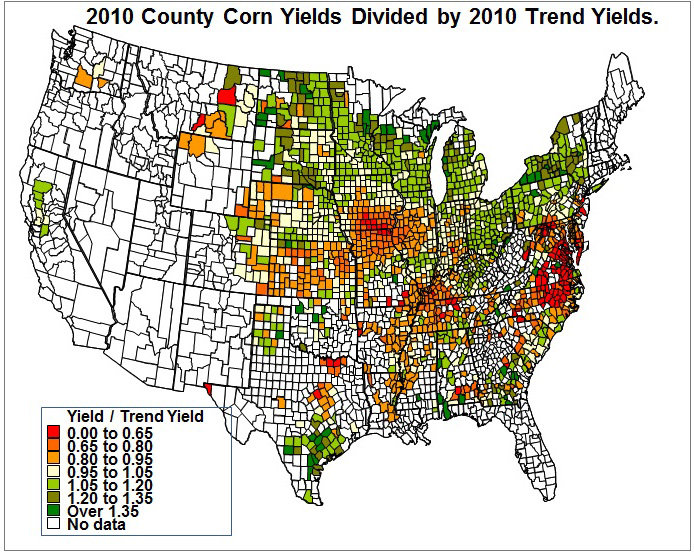 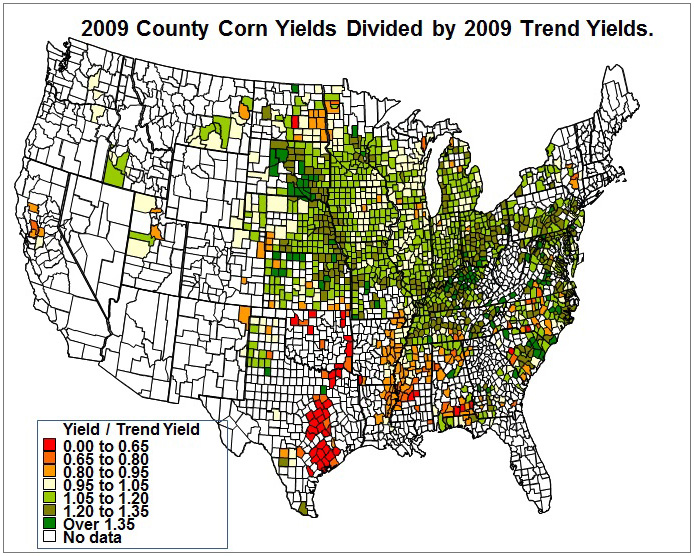 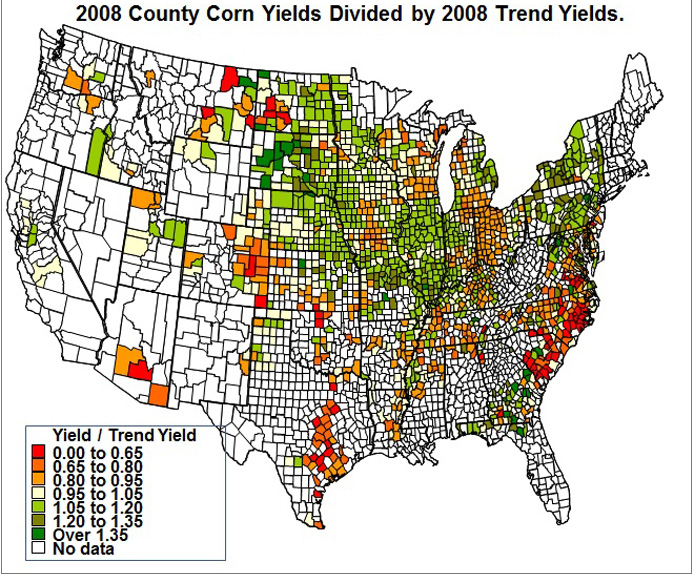 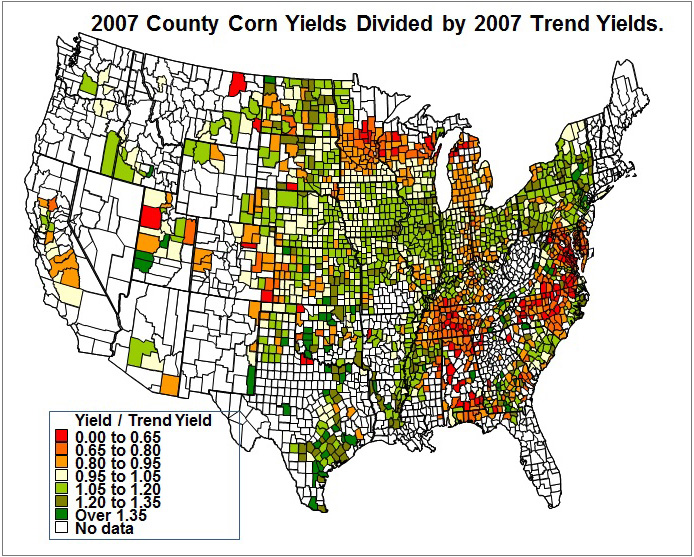 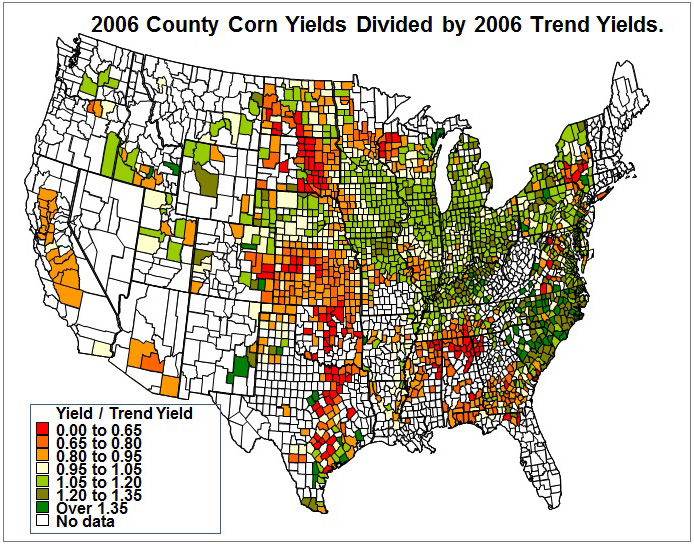 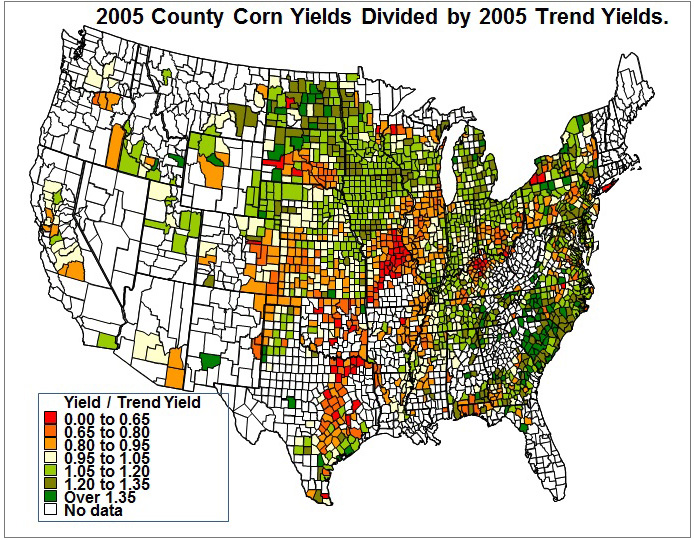 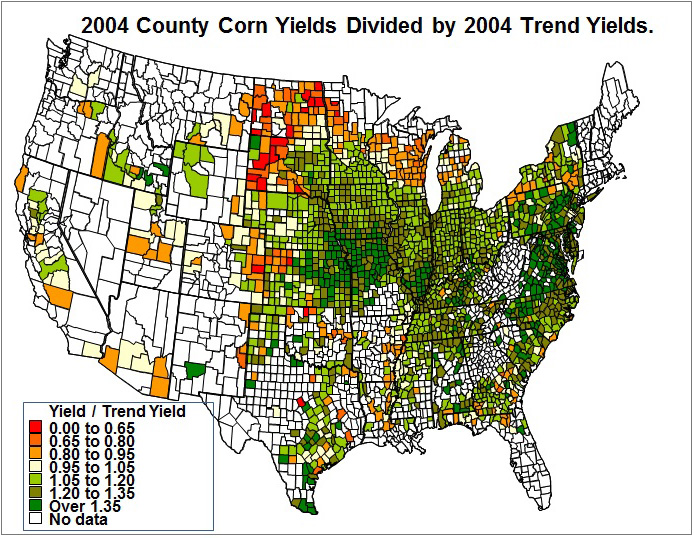