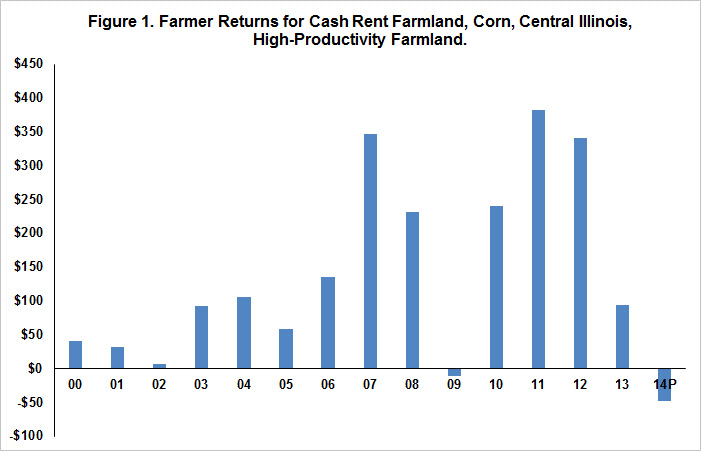 Gross revenue includes crop revenue (yield per acre time price per bushel), ARC/PLC payments, direct payments, and crop insurance payments. A major reason for lower returns in 2013 and 2014 are because gross revenues have declined since 2011. 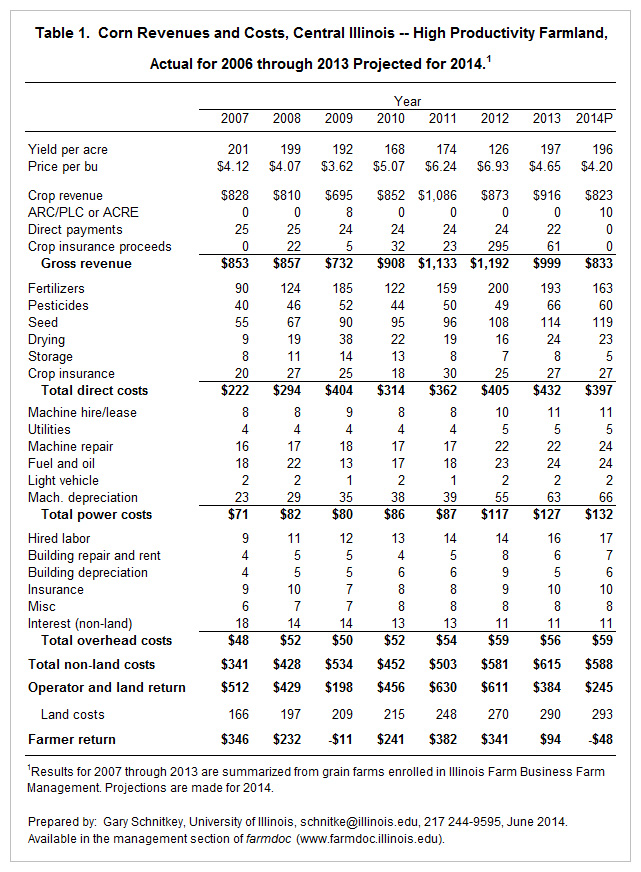 Gross revenue for corn is projected at $833 per acre in 2014. This projection includes $823 of crop revenue (196 per acre yield times a $4.20 per bushel price). Also included is a $10 per acre Agricultural Risk Coverage (ARC) payment, a county revenue program contained in the 2014 Farm Bill. ARC likely would make payments at a $4.20 price, depending on the level of county yields. No revenue is included for direct payments in 2014. Price and yield levels in projections would not trigger crop insurance payments; hence, crop insurance payments are not included in 2014 projections.

Gross revenues and farmer returns are projected lower in 2014 as compared to recent years. Beside crop prices, lower projected crop insurance proceeds play a role. In 2013, crop insurance payments occurred because the harvest price was much lower than the projected price. If a price decline causes crop insurance payments in 2014, farmer returns on cash rent farmland likely will be negative. Obviously, returns will vary from those shown in Table 1 if prices or yields differ from those shown in Table 1. At projected yield levels, break-even prices to cover non-land costs and cash rent is around $4.50 per bushel. Prices near $5.00 per bushel are needed to generate profit levels similar to 2013.