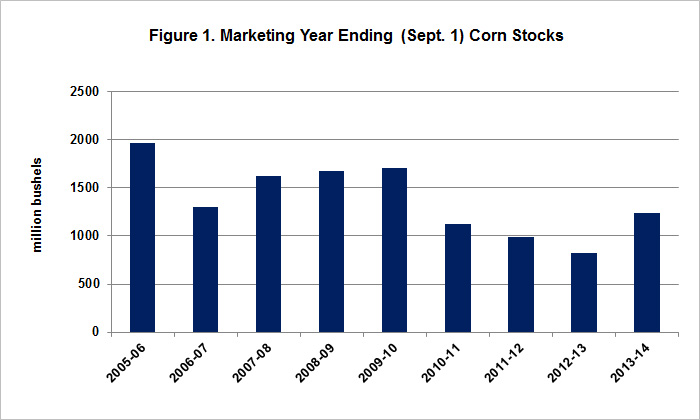 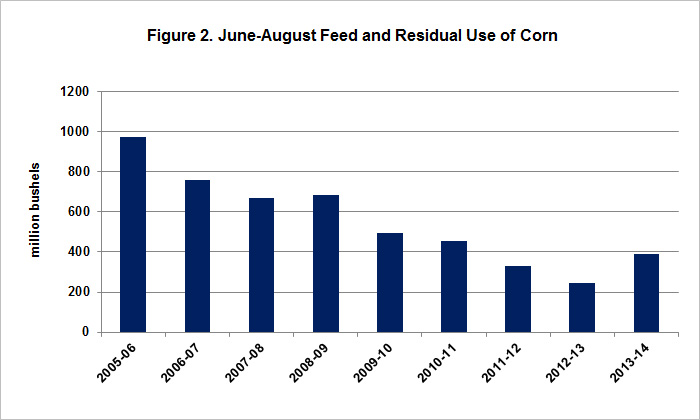 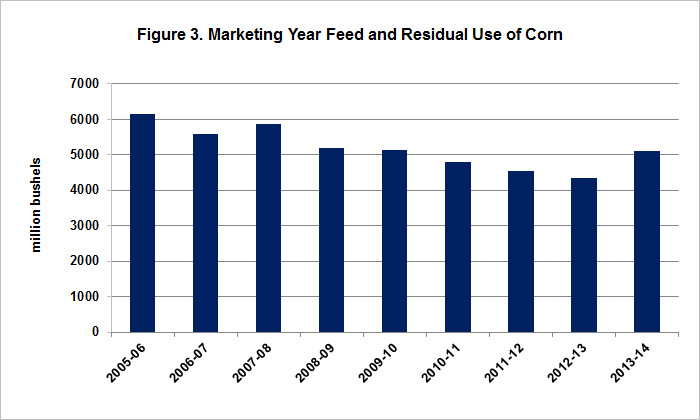 September 1, 2014 stocks of old crop soybeans were estimated at a record low 92 million bushels (Figure 4). Those stocks were 38 million bushels less than forecast in the USDA’s September WASDE report and represent an amazingly small 2.65 percent of 2013-14 marketing year consumption. The inventory was much smaller than expected even though the estimate of the size of the 2013 soybean crop was increased about as expected. That crop is now estimated at 3.358 billion bushels, 69 million bushels larger than the estimate released in January this year. The larger estimate reflected an increase in the estimate of harvested acreage by 384,000 acres and a 0.7 bushel increase in the estimated 2013 average yield. Yield estimates were increased by 0.5 to 1.0 bushels for many states. The larger production estimate was anticipated based on larger than expected soybean stocks reported in June. The main price impact of the small stocks has passed, being reflected in the high old crop prices and strong basis levels as the 2013-14 marketing year concluded. Still, the stocks estimate means that soybean supplies for the 2014-15 marketing year will be 38 million bushels less than expected, everything else equal. The USDA will update the 2014 soybean production forecast and projections of marketing year consumption and ending stocks on October 10. 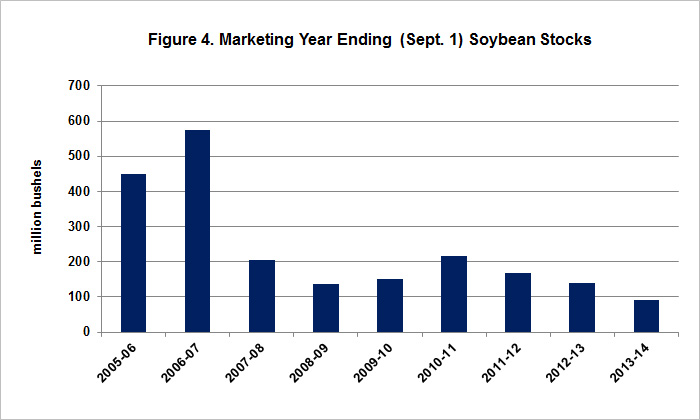 In addition to the September 1, 2014 wheat stocks estimate, the USDA also released updated wheat production estimates yesterday. The 2014 U.S wheat crop is now estimated at 2.035 billion bushels, 5 million bushels larger than the previous estimate. The national average yield is estimated at 43.8 bushels, 0.1 bushel less than the previous estimate, but the estimate of harvested acreage was increased by 236,000 acres.

September 1, 2014 wheat stocks were estimated at 1.914 billion bushels (Figure 5), a bit larger than stocks of a year earlier, but about 100 million bushels less than the average of the previous eight years. The stocks estimate implies that feed and residual use of wheat during the first quarter (June-August) of the 2014-15 marketing year was near 260 million bushels, well below that of the previous two years (Figure 6). Like feed and residual use of corn, feed and residual use of wheat is not measured and the estimates have the same issues as for corn. Typically, implied use is large in the first quarter and negative for the rest of the year with a lot of variation in the magnitude of implied quarterly use. As a result, use for the year is difficult to forecast based on implied use in the first quarter. Still, the magnitude of implied use during the first quarter this year was less than expected and current wheat supplies are larger than expected. 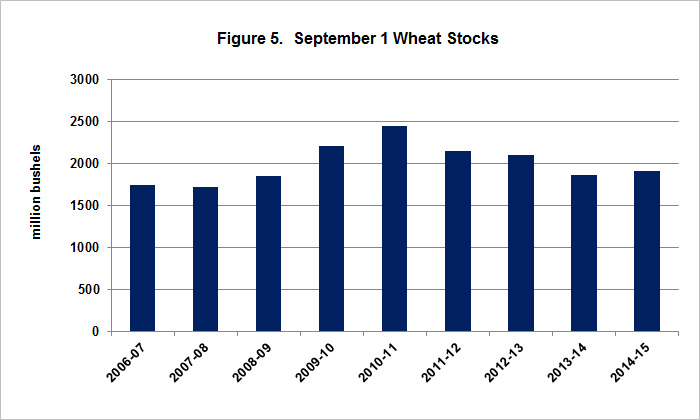 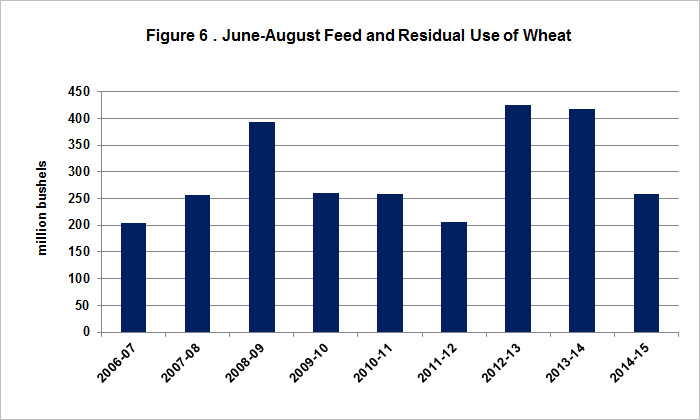 The USDA’s September 1, 2014 grain stocks estimates showed larger than expected inventories of corn and wheat and a smaller than expected inventory of soybeans. The larger-than-expected corn and wheat inventories add to the very bearish supply situation for those two crops, particularly for corn since the market expects the USDA to increase the forecast size of the corn crop on October 10. The smaller-than-expected soybean stocks estimate provided some initial support for soybean prices, but that quickly faded as the market continues to reflect expectations of larger crop forecast on October 10. A recovery in crop prices will now depend on a larger-than-expected rate of consumption and/or southern hemisphere crop problems.