China and India’s food transition since 1980 is examined. Observations and implications for future growth in global food demand are drawn.

on food consumption and population come from the United Nations, Food and Agriculture Organization’s (FAO) FAOSTAT database. Data on country and per person (per capita) gross domestic product (GDP) come from the International Monetary Fund’s (IMF) April 2015 World Economic Outlook database. GDP is measured in international dollars adjusted for the purchasing power parity of the country’s currency. Most economists consider this measure to be the most appropriate when comparing economic variables across countries. The data spans 1980 through 2013 – 1980 is the first year FAOSTAT reports data on GDP; 2013 is the last year food consumption data are available for China and India although 2011 is the last year for many countries. 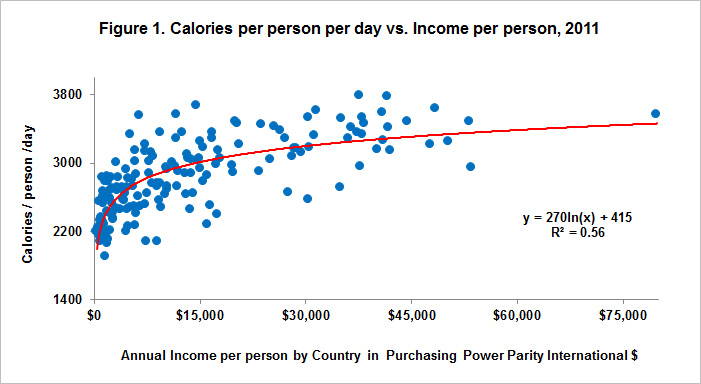 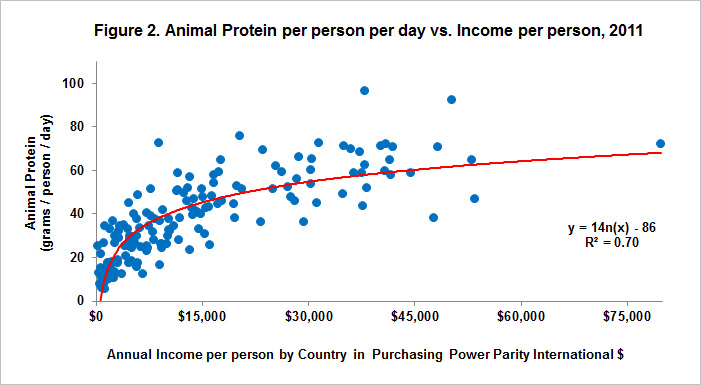 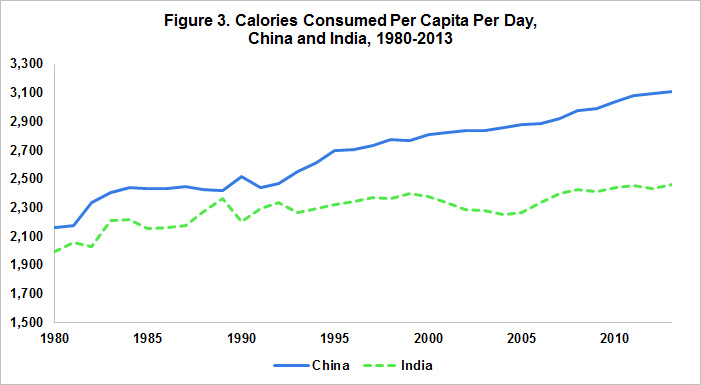 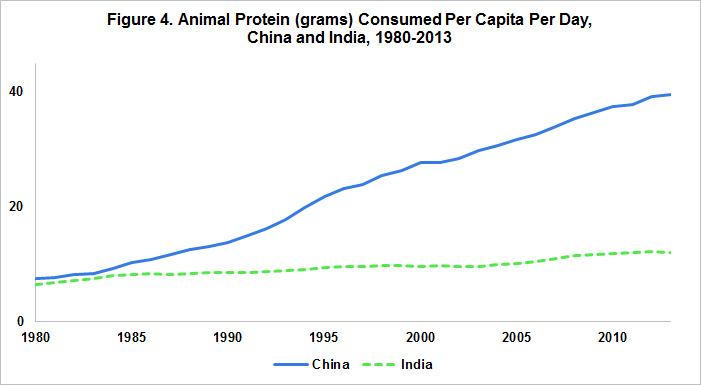 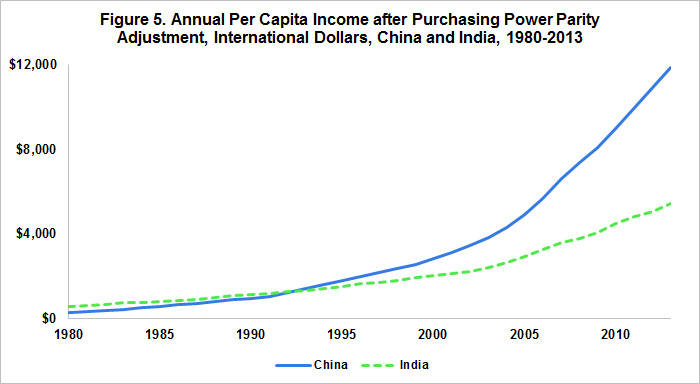 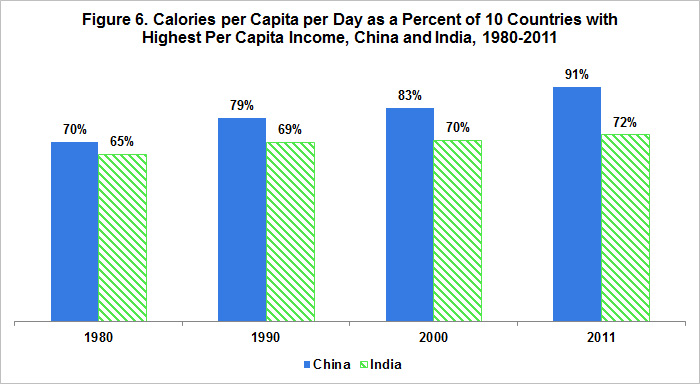 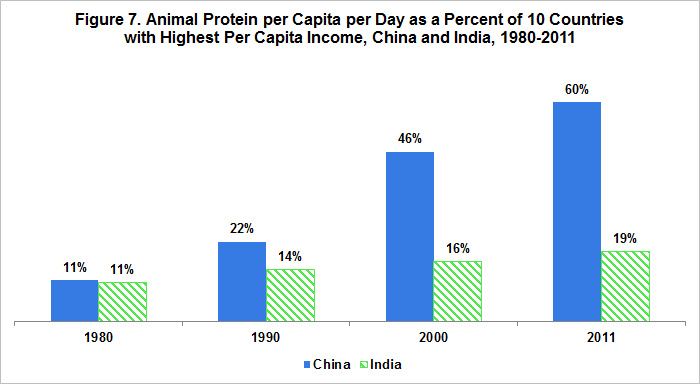 The slower growth of animal protein consumption in India than China is not just a function of slower growth in per capita income. It also reflects cultural and religious factors. Vegetarianism is a part of most but not all sects of Hinduism, the primary religion in India. An estimated 20% to 30% of Hindus are vegetarians. Hindu vegetarians usually consume dairy products but not eggs. Source for this information is Wikipedia. This discussion is reflected in Figure 8, which compares per capita consumption of various animal products in China, India, and the U.S. Note the much higher consumption of dairy products excluding butter in India than China and the single digit consumption in pounds of beef, pork, poultry, and eggs in India. 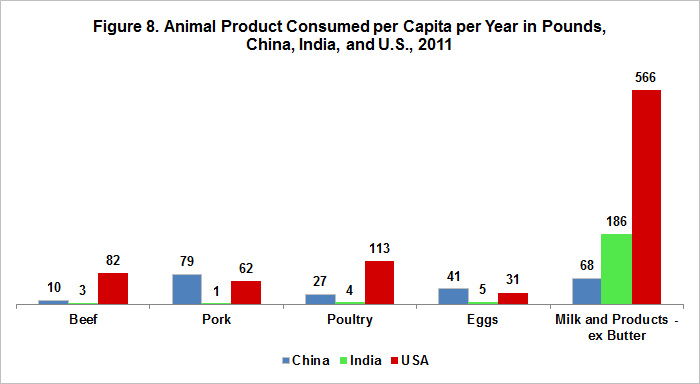 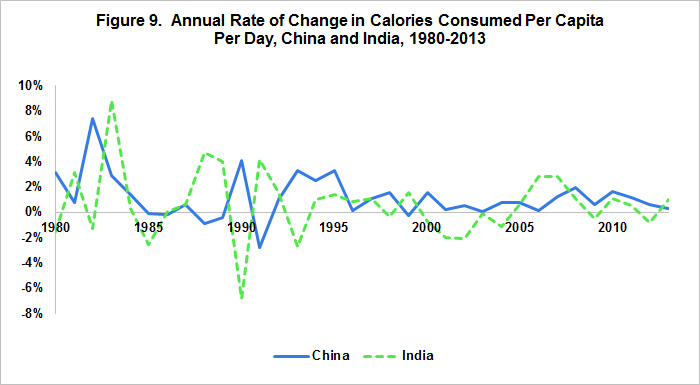 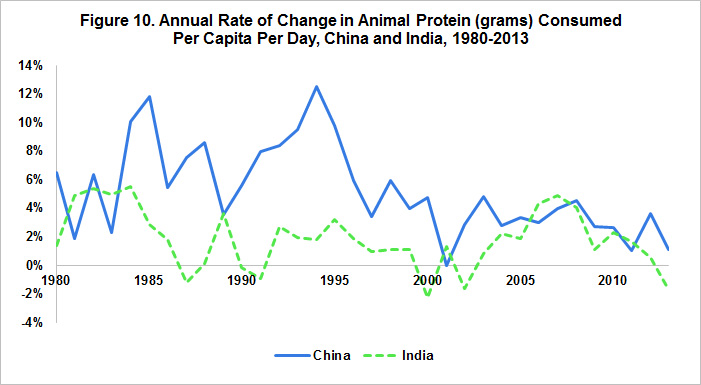 Vegetarianism and religion. In Wikipedia. Last modified on 2 June 2015, at 01:14, and retrieved July 2, 2015, from https://en.wikipedia.org/wiki/Vegetarianism_and_religion