Comparison of Corn and Soybean Returns 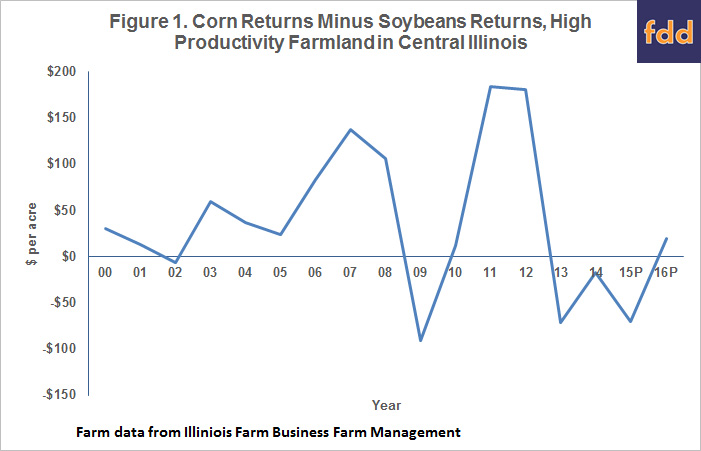 Evaluating revenue and cost differences aids in understanding switches in profitability between corn and soybeans. The blue line in Figure 2 shows gross revenue from corn minus gross revenue from soybeans. Corn always has had more revenue than soybeans. Between 2000 and 2006, the average difference in revenue between corn and soybeans averaged $119 per acre. Between 2007 and 2015, this difference became larger, averaging $247 per acre. The revenue differences were very large in 2011 and 2012, averaging $384 per acre in 2011 and $409 per acre in 2012, the same years in which corn returns exceed soybean returns by large amounts. 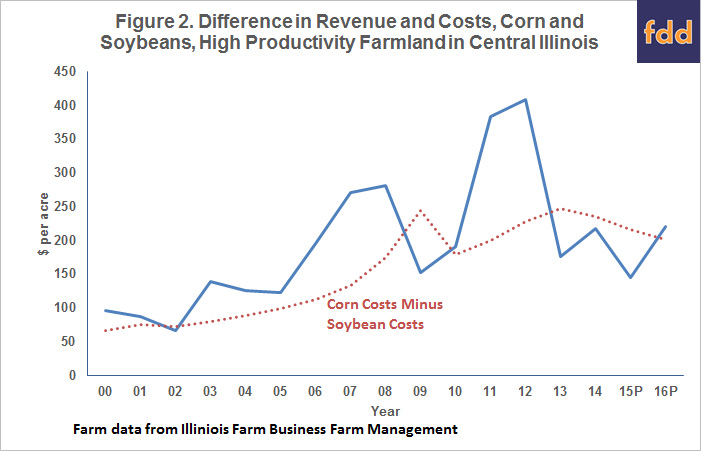 Decline Prices Impacts on Revenue Differences between Corn and Soybeans

Decreases in commodity prices make it more difficult for corn revenue to exceed soybean revenue by a wide enough margin to cover the cost differences, as is illustrated in Table 1. Panel A calculates a difference in crop revenue between corn and soybeans. Yields used are 200 bushels for corn and 61 bushels per acre for soybean. The corn yield is 3.28 times the soybean yield, the historical relationship in central Illinois. Prices are set at $4.50 per bushel for corn and $10.50 for soybeans, giving a soybean-to-corn price ratio of 2.33. At this yield and price combination, the difference in crop revenue between corn and soybeans is $259 per acre. 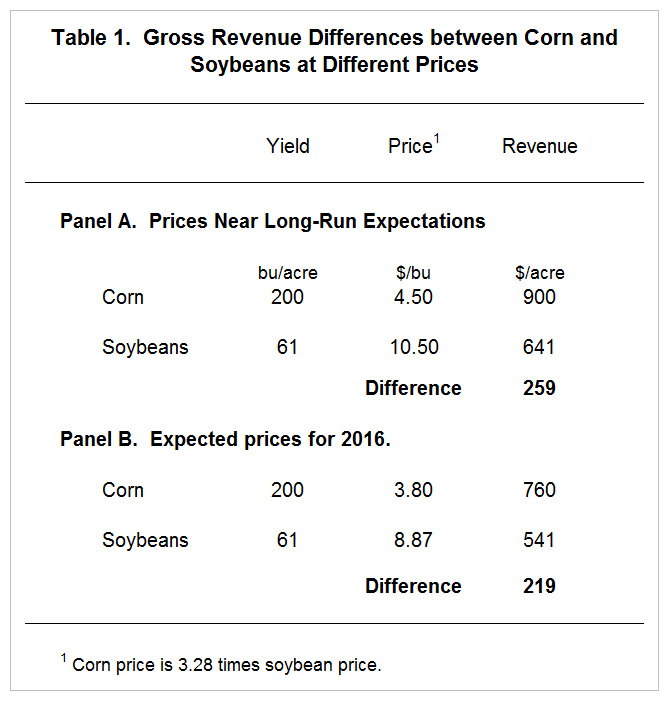 Central Illinois is in the heart of the corn-belt and has higher corn yields relative to soybean yields than many other regions. Its profit advantage in growing corn over soybeans tends to be larger than other regions. Figure 3 shows historic corn-minus-soybean returns for four regions of Illinois. Note that all regions have the same trends over time. In 2016, soybeans are projected to be more profitable than corn in northern and southern Illinois. 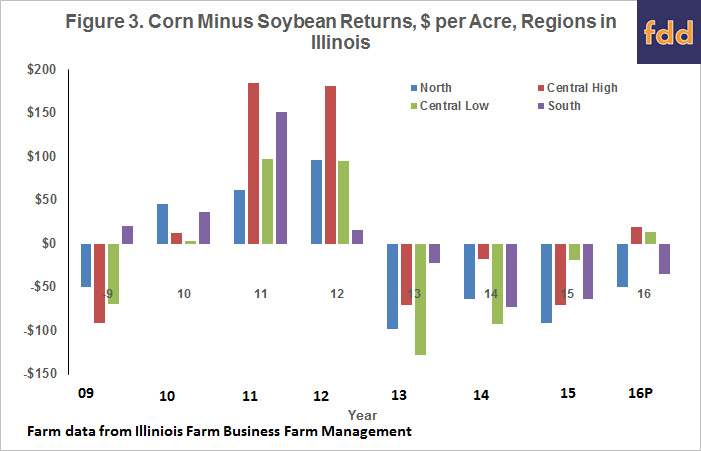 Soybean returns are more likely to exceed corn returns now than in the years before 2013. Similar to the last three years, soybean likely will be more profitable than corn unless a combination of one or more of the following four items occur:

Schnitkey, G. "Revenue and Costs for Corn, Soybeans, Wheat, and Double-Crop Soybeans, Actual for 2009 through 2014, Projected 2015 and 2016." Department of Agricultural and Consumer Economics, University of Illinois at Urbana-Champaign, December 2015.