Objective of this article is to explain the conditions under which the ARC-CO (Agriculture Risk Coverage – County) crop program makes payments. These conditions are often not well understood. It is common to discuss ARC-CO in terms of price, thus ignoring the role yield plays in determining payments by this revenue program. In addition, discussions often fail to mention that ARC-CO has a floor below which its reference revenue cannot decline. Illustrations use US data for the 2016 and 2017 crops of corn, soybeans, and wheat.

ARC Payment Profile for 2016 US Crop

Because ARC is a revenue program, revenue needs to be monitored. Monitoring price or yield only monitors the components of revenue. 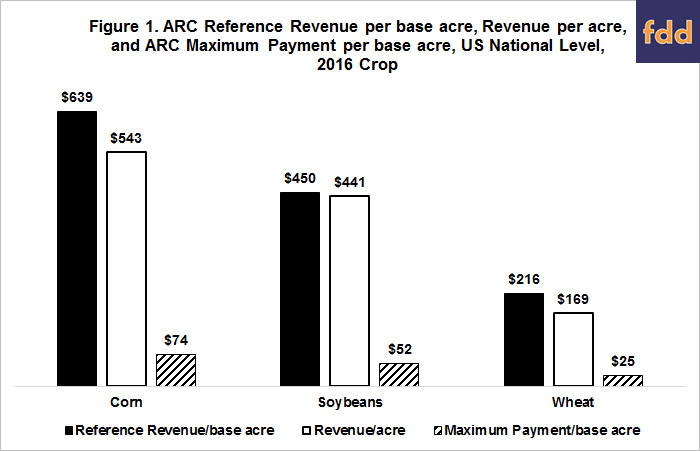 Many find it difficult to think in terms of revenue, preferring to think in terms of price or yield. For example, it is rare to see an outlook presentation that forecasts revenue per acre. Traditional farm programs reinforce this separation of revenue into price and yield components because they have been operationalized via price. While potentially subject to misinterpretation, the following two paragraphs attempt to begin to bridge the gap between thinking in revenue terms and thinking in price and yield terms. 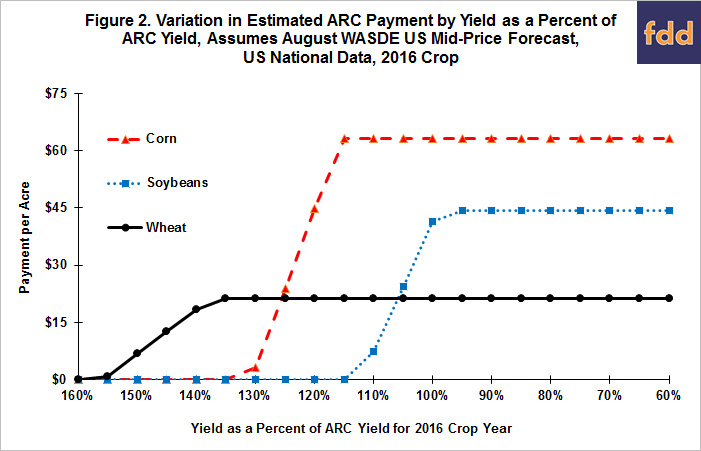 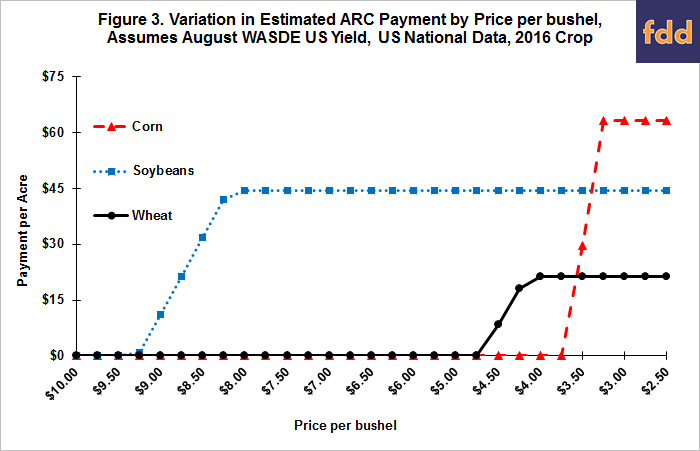 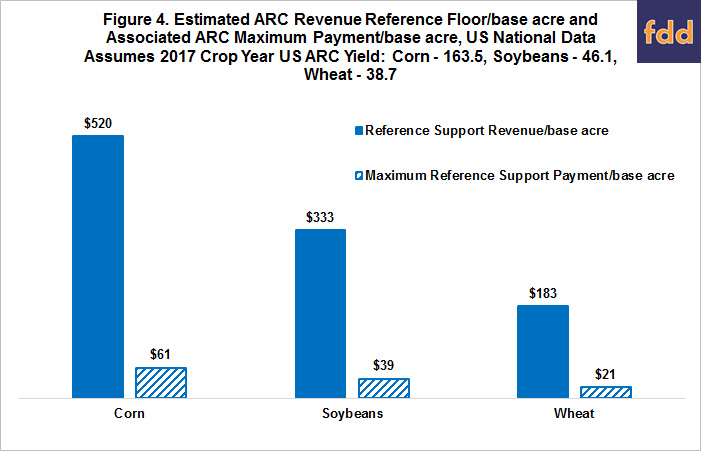 Payments by ARC can only be understood when examined via the lens of revenue. Examining its payments through the lens of price and yield is incomplete and potentially misleading.

The average US corn and soybean base acre is currently forecast to receive the maximum payment for the 2016 crop. The current estimate for US soybeans is around $9 per base acre.

Estimated payments will vary as forecasts of revenue change. For example, given the important assumptions of 2016 crop year ARC reference revenue and that the 2016 crop year mid-price forecast of the August 2016 WASDE is realized, ARC-CO payments are likely if the yield of corn, soybeans, and wheat is less than 130%, 110%, and 155%, respectively, of the crop’s 5-year Olympic average yield for 2011-2015. These values are only approximate guides that depend critically on the two assumptions.