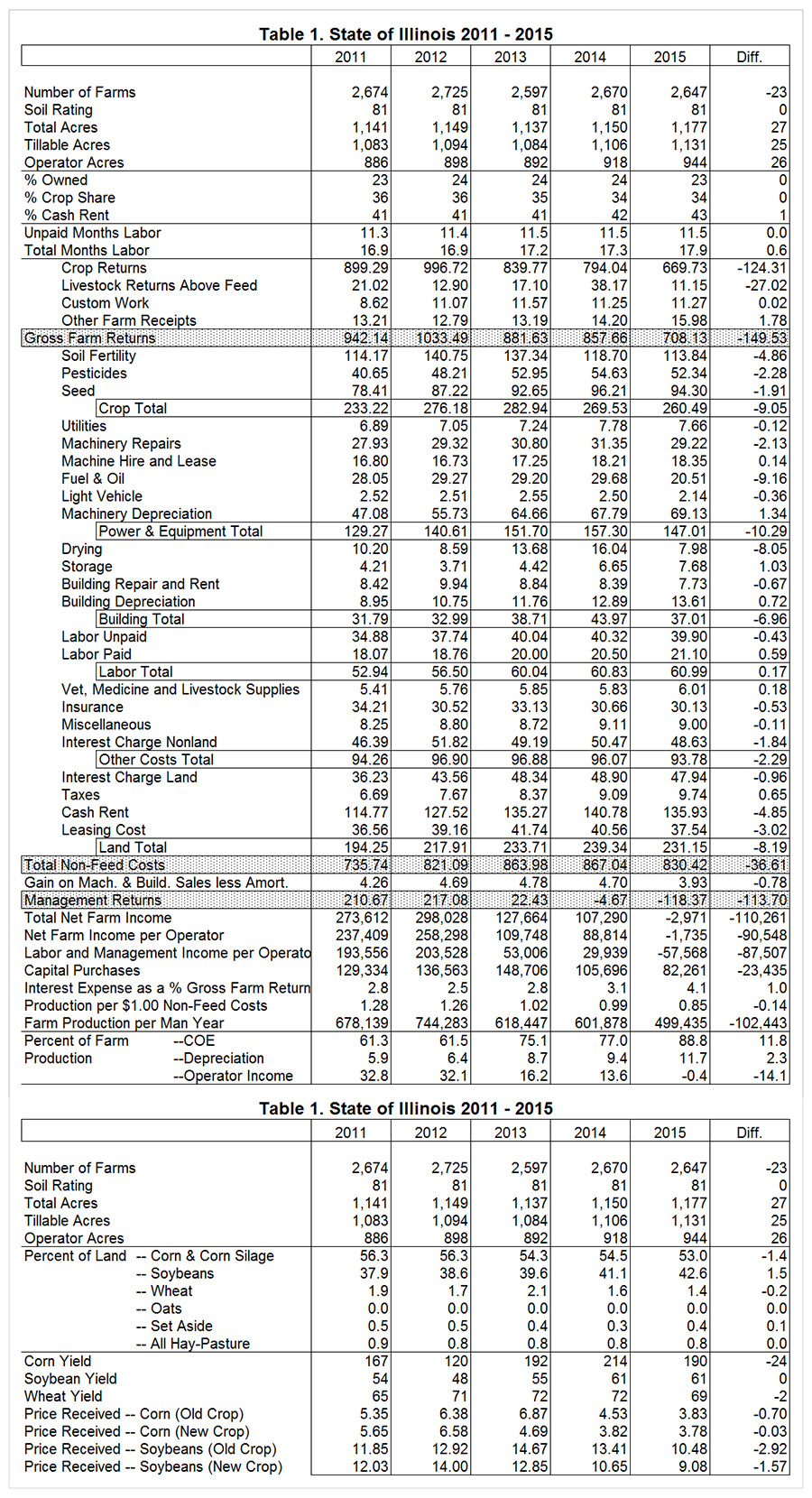 Crop costs (seed, pesticides and fertilizer) for 2015 are $260.49, a decrease of $9.05 from 2014 with all three of components contributing to the decrease. Crop costs were 31.4% of the total per acre cost of production which is approximately the same as 2014. At 31.4%, crop costs make up the highest share of the total non-feed costs.

Building costs are $37.01 in 2015 as compared to $43.97 in 2014. A large decrease in drying cost was the most significant impact on the decrease for building costs. Note that storage costs increased slightly from 2014.

Overhead costs (livestock expenses, insurance, miscellaneous and non-land interest) are $93.78, down $2.29 from 2014. The non-land interest charge led the decrease due to lesser value of crop and machinery values at the end of the year. Overhead costs were 11.3% of the total per acre cost of production which is approximately the same as 2014.

Land costs (including an imputed interest charge for owned land) are $231.15 in 2015, a decrease from the $239.34 reported in 2014. Land costs are 27.8% of the total per acre cost of production which is approximately the same as 2014 but make up the second highest share of the total non-feed costs.