A feature of US crop prices since the early 20th Century has been a declining inflation-adjusted, real value (see farmdoc daily, June 4, 2015). This article examines this historical trend in light of the price run that began in 2006. While a definitive conclusion cannot be reached, the evidence examined herein suggest the historical trend is reasserting itself. Implications for farm management and farm policy are drawn should the reasserting trend continue into the future.

The last 50 years of corn, soybean, wheat, and upland cotton prices are examined. These are the 4 largest acreage field crops in the US. The prices are from the QuickStats website of the US Department of Agriculture, National Agricultural Statistical Service. The 2016 crop year prices are the midpoint of the price range in the September 12, 2016 World Agricultural Supply and Demand Estimates (WASDE). The crop year prices are divided, i.e. deflated, by the gross domestic product implicit price deflator (GDP deflator) for the same calendar year. The GDP deflator is usually considered the most accurate measure of general inflation in an economy. Source for this data is the FRED Economic Data website of the Federal Reserve Bank of St. Louis. The GDP deflator used for 2016 is for the first half of the 2016 calendar year. 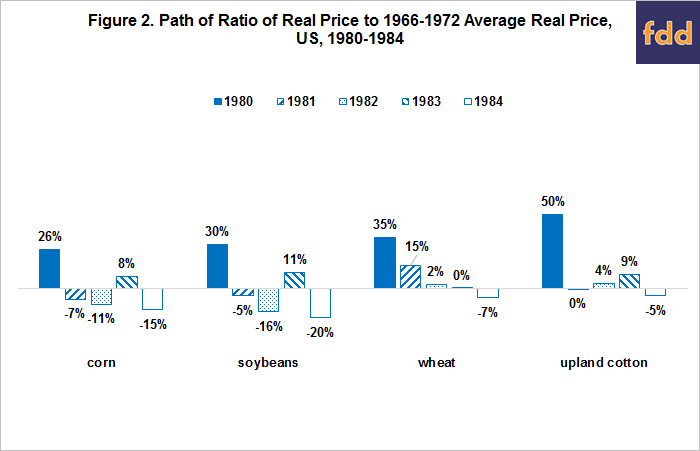 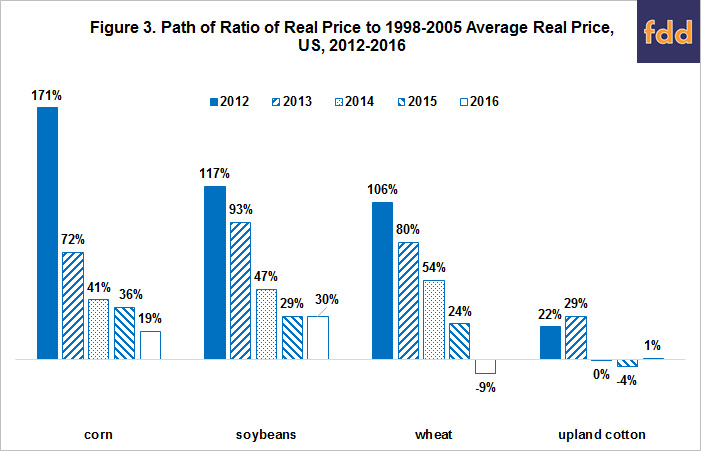 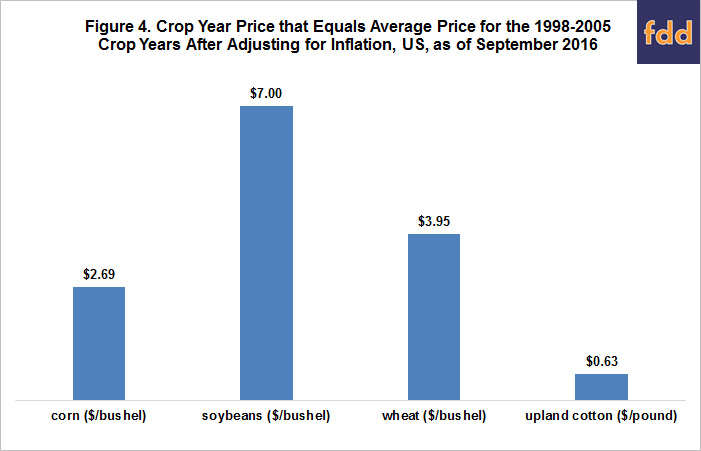