With the exception of May 2016, monthly fed cattle net returns were negative during 2015 and 2016. Current prospects for 2017 appear much brighter. In addition to discussing net return prospects for cattle finishing in 2017, this article discusses trends in feeding cost of gain and the feeder to fed price ratio. 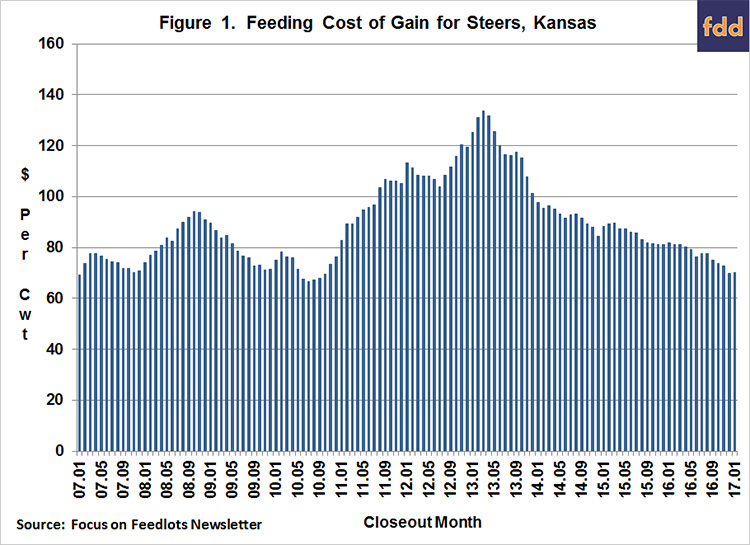 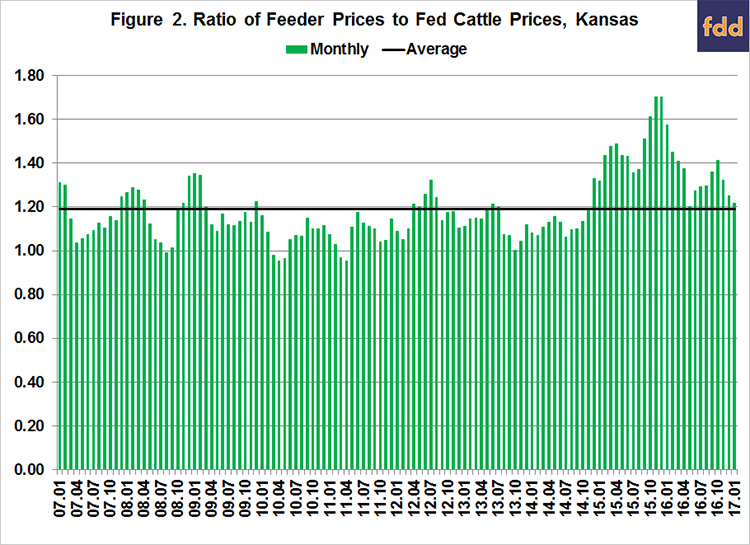 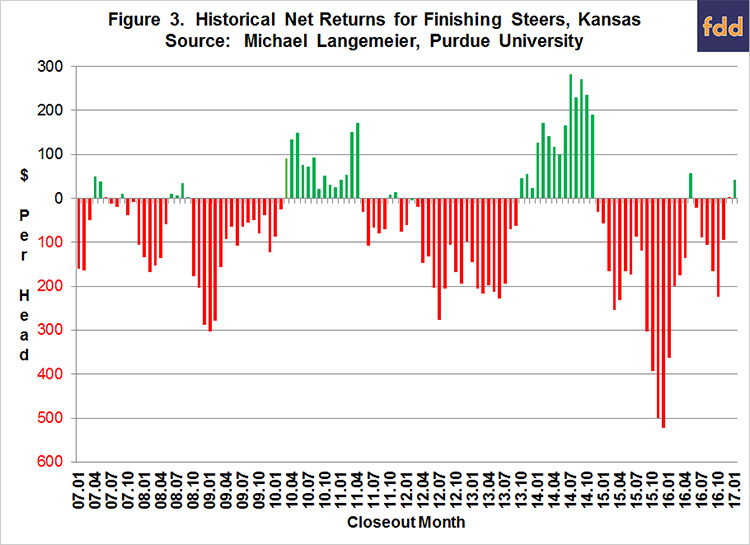 This article discussed recent trends in feeding cost of gain, the feeder to fed price ratio, and cattle finishing net returns. Current breakeven and fed cattle price projections create an environment that is at a minimum cautiously optimistic. After a disastrous 2015 and 2016, this is certainly welcome news. The strongest prospects for positive net returns in 2017 are associated with March through May closeouts. 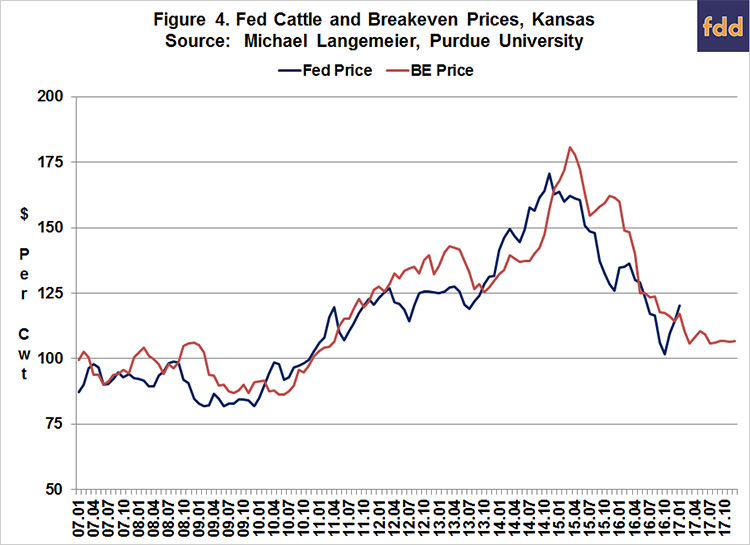