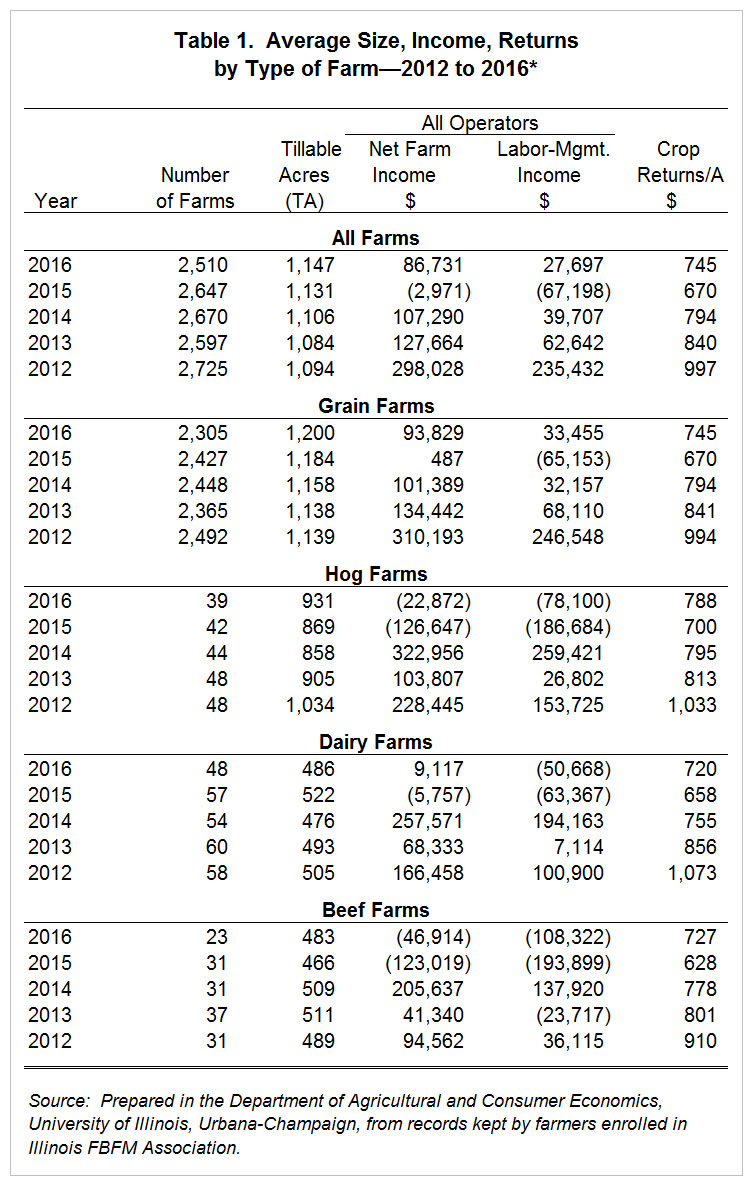 In the Grain Farm group, note that of four of the five years show that the average net farm income of grain farms ranked above hog, dairy and beef farms. But, 2014 shows the average net farm income of grain farms ranked below all three of the livestock farm types. Note the increase in the number of tillable acres over the five years with an increase of just over 5% or 61 acres. This provides evidence of the steady increase in farm size as measured by acres. Note also the change in crop returns per acre – 2012 shows the highest crop return per tillable acre of $994 while 2015 tells of the lowest level at $670. The number of bushels produced and the price they are sold both influence crop returns. Remember that the higher prices in 2012 influenced the price that crop insurance indemnity payments were based on. We’ve not seen prices at that level since then. Net farm income reached a high in 2012 at $310,193. That year was marked by the drought and the higher prices and crop insurance indemnity payments associated with the dry weather.

Dairy Farms show the least variation in rank with second or third place ranking in all five years. The highest net farm income recorded for dairy farms was in 2012 ($257,571, which was a good year for all three livestock farm types. Lower commodity prices for grain farms result in lower feed prices for livestock farms. Hog farms show the greatest variability in rank with a spread of ranking first compared to the other farm types in 2014 and ranking fourth in 2015. Interestingly, over the five year period, both hog farms and dairy farms show approximately the same amount of cumulative average income. Beef farms show similar variations in net farm income as do dairy and hog farms. The income level of beef farms reached a high of $ 205,637 in 2014 and a low of $-123,019 in 2013.