Trends in Real Assets and Debt

Before analyzing the farm sector’s current balance sheet, we will review trends in real assets and real debt. Figure 1 presents real U.S. farm sector asset and debt values using 2016 as the base year. With the exception of 2017, the values for each year represent end of the year values. Prior to 2007, the peak in real assets occurred in 1979 at a value of $2.552 trillion. This peak held until 2012, when real assets for the farm sector totaled $2.754 trillion. Real assets are projected to be valued at $3.035 trillion in 2017. The 2017 value of real assets is 1.4 percent higher than the value reached in 2014, which represents the most recent peak in real net farm income. 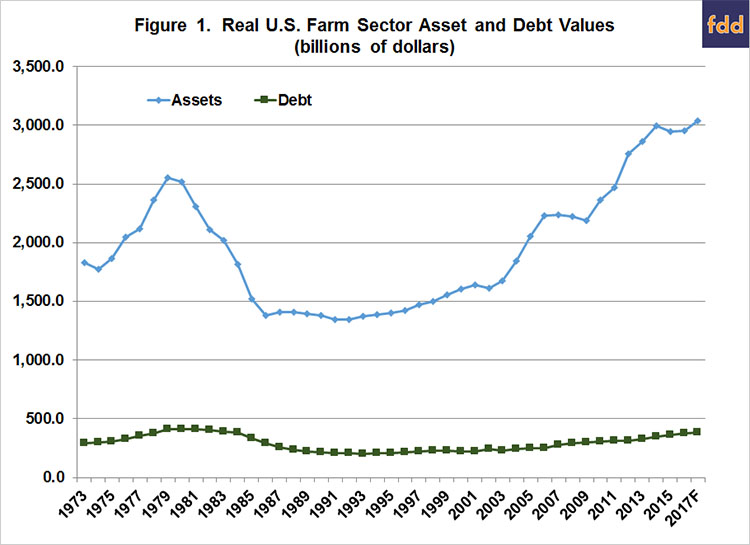 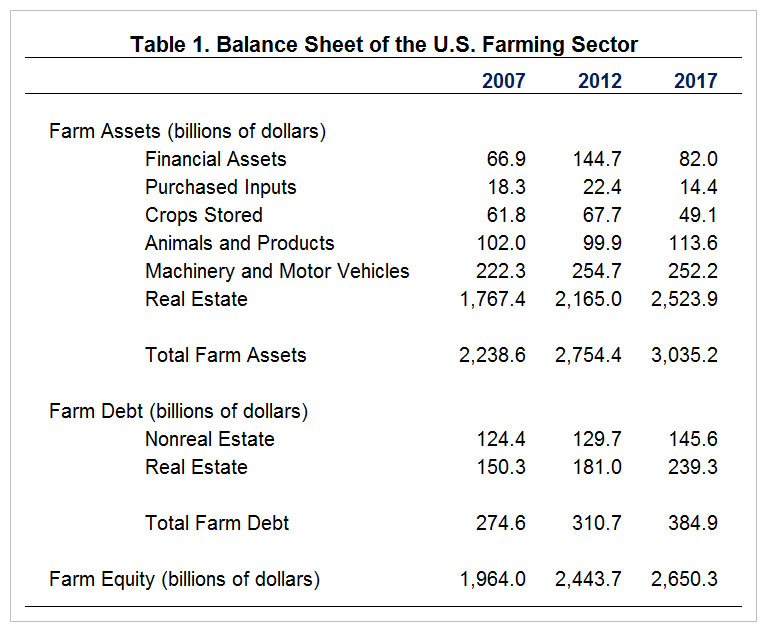 Projected real asset values for 2017 are higher than values in any other year during the 1973 to 2017 period. However, it is important to note that the only asset categories with higher values in 2017 compared to 2012 are the value of animals and products and real estate values. Financial assets, purchased inputs, and crops stored declined sharply from 2012 to 2017. The value of machinery and motor vehicles declined approximately 1 percent from 2012 and 2017. The 2017 value of machinery and motor vehicles is approximately 13.5 percent higher than the corresponding values in 2007. 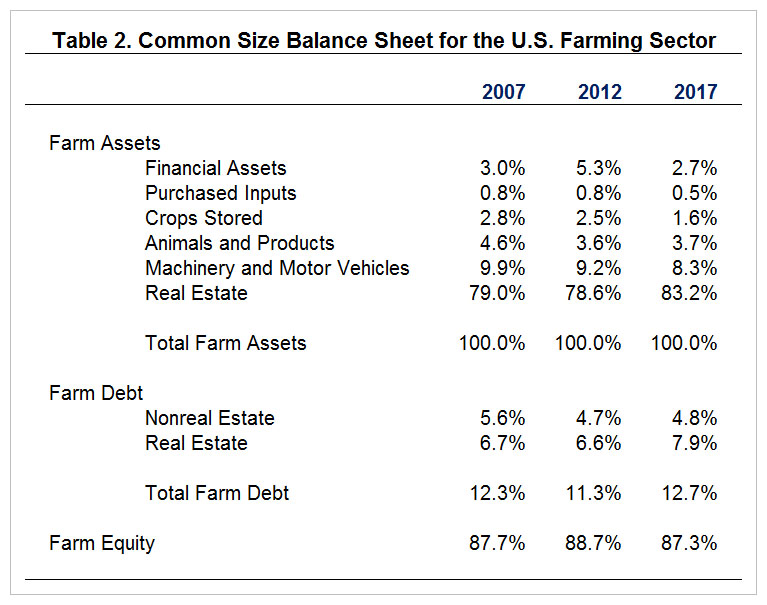 USDA-ERS has been reporting the average current ratio and the average working capital to value of farm production since 2009. Working capital is computed by subtracting current liabilities such as operating debt and the current portion of term debt from current assets such as financial assets, inventories of purchased inputs, and crop and market livestock inventories. 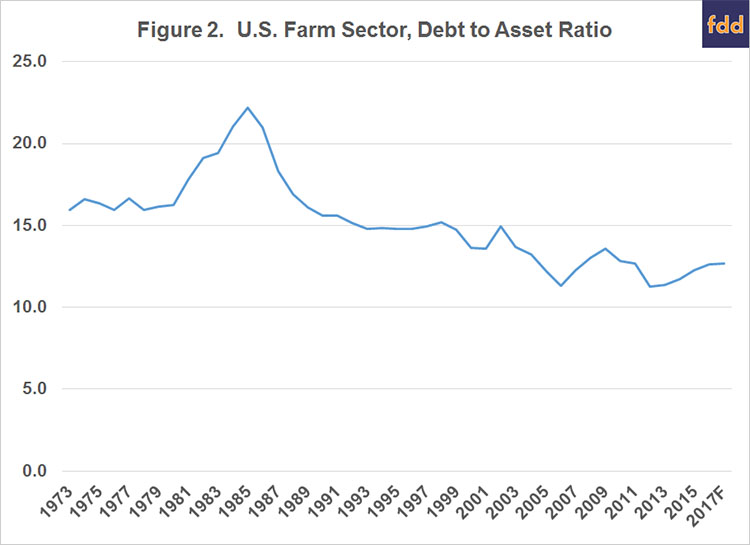 The balance sheet for the U.S. farm sector continues to adjust to the relatively lower levels of net farm income experienced since 2014. Primarily due to land values, total asset values in 2017 are higher than they were in 2007 and 2012. Nonreal and real debt have increased 12.3% and 32.2% since 2012. Liquidity has dropped substantially since 2012. Due to relatively strong land values, solvency is only slightly higher than it was in 2012.