In 2017, the Federal crop insurance program had low insurance payments relative to total premium. The 2017 loss ratio for the entire Federal program was .42, well below the targeted loss ratio of slightly below 1.0. Since 1989, the two lowest loss ratios have occurred in 2016 and 2017.

Data reported in this article comes from the Summary of Business which is available from the Risk Management Agency (RMA) website. Data were downloaded in late April of 2018. Some changes to loss ratios will occur over time as more data become available. However, performance will not materially vary from loss ratios presented here. 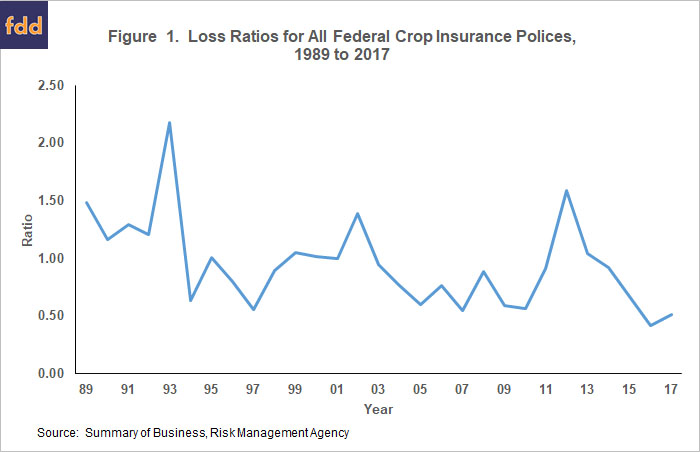 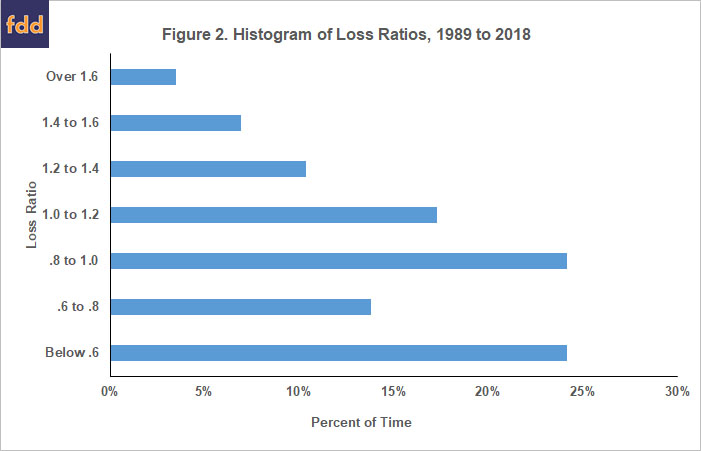 Payments on crop insurance have been low in 2016 and 2017, partially due to relatively good yields for corn and soybeans across the United States. Having low loss ratios; however, are not unprecedented, as about 25% of the time loss ratios are below .6. Exceptionally high loss ratios have occurred in relatively few years.