An overlooked question in the debate over President Trump’s trade policy is “Why has the U.S. reversed long-standing positions on free trade?” It is important to ponder this question, especially for supporters of free trade. Reversals of long-standing positions are usually rooted in deeper changes. Understanding these deeper changes are important to understanding how policy may evolve and to positioning ideas for influence. Objective of this article is to encourage discussion of this strategic question. The article is in part speculative given the recent nature of the question. The proposed answer is the rapid decline in U.S. share of world economic growth since the turn of the millennium.

Gross domestic product (GDP) is collected from the International Monetary Fund’s (IMF) October 2017 World Economic Outlook database. GDP is measured in international dollars adjusted for purchasing power parity of a country’s currency. Most economists consider this adjustment to be the most appropriate when comparing economic variables across countries. The analysis spans 1980-2017 (1980 is the first year of data on GDP). To dampen short-term aberrations, growth in GDP is calculated over 5 years. 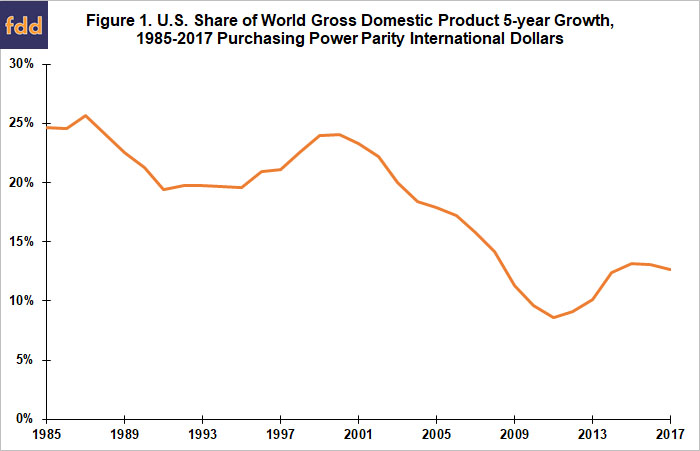 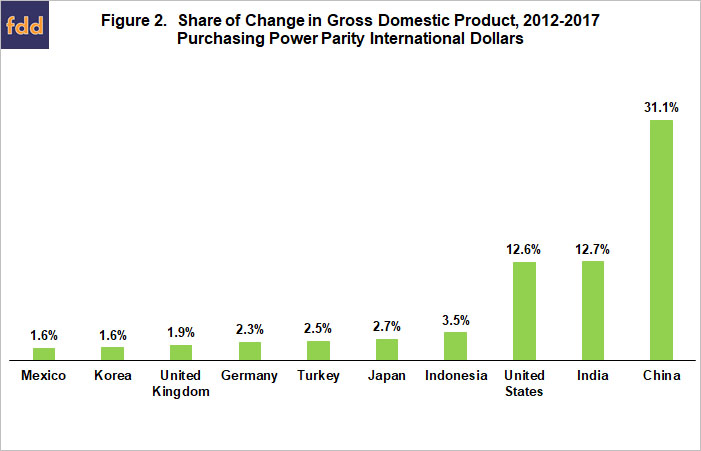