This article examines trends in feed costs as well as the impact of corn and soybean meal prices on swine finishing feed costs.  It is important to note that the swine finishing enterprise represented in this article assumes the finishing of an early-weaned pig.  The ration for this enterprise consists of corn, soybean meal, dry distillers’ grain, and supplements.  Corn prices represent averages for Indiana as reported by USDA-NASS.  Soybean meal and distillers’ grain prices are obtained from Feed Outlook, published monthly by USDA-ERS.  Information from Agricultural Prices, a monthly USDA-NASS publication, was used to compute supplement prices.  Early October future prices for corn and soybean meal were used to project feed indices through 2019.  Feed cost indices are reported on a closeout month rather than a placement month basis. 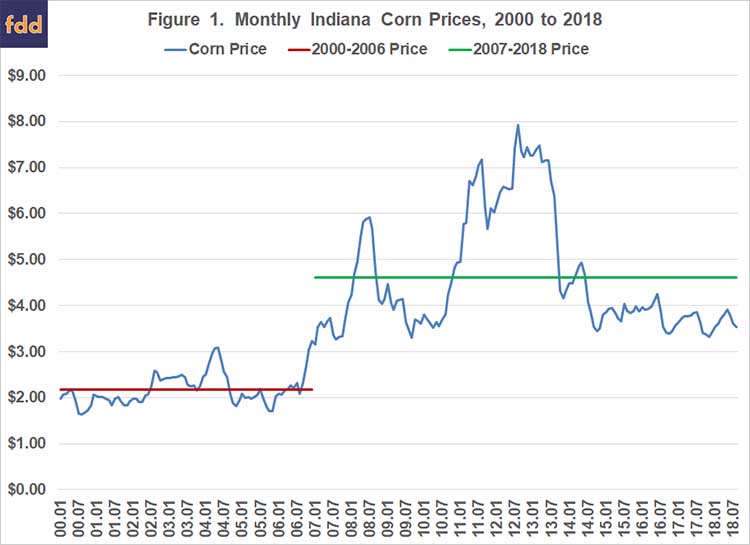 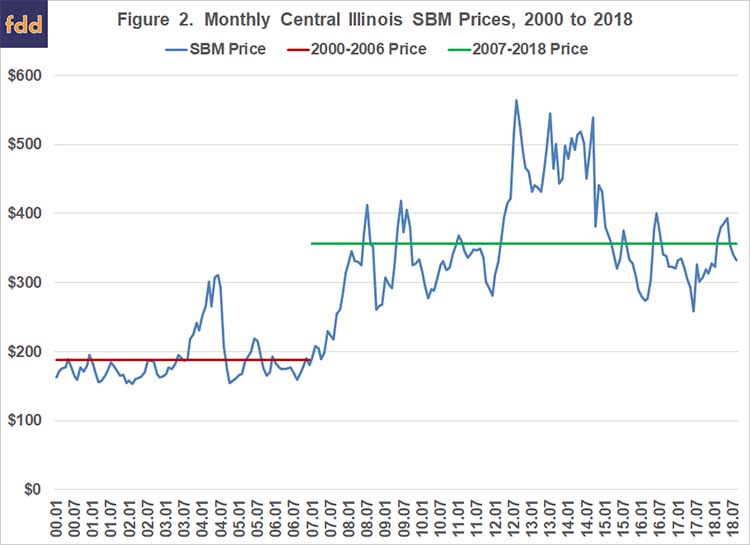 Figure 3 illustrates monthly swine finishing feed cost indices for the January 2000 to September 2018 period.  The latest full year of indices, 2017, has an index of 100 so all indices outside of this year are expressed in relative terms.  As with corn and soybean meal prices, a distinction is made between the before and after 2007 periods.  The average index for the 2000 to 2006 period was 59 while the average index for the period beginning in 2007 was 116.  The index for September 2018 was 106, so current feed costs are 6 percent above the average for 2017.  Projected monthly indices are expected to be lower than the current index in the fourth quarter of 2018 and in 2019.  Projected monthly indices for the fourth quarter of 2018 and for 2019 range from 100 to 104. 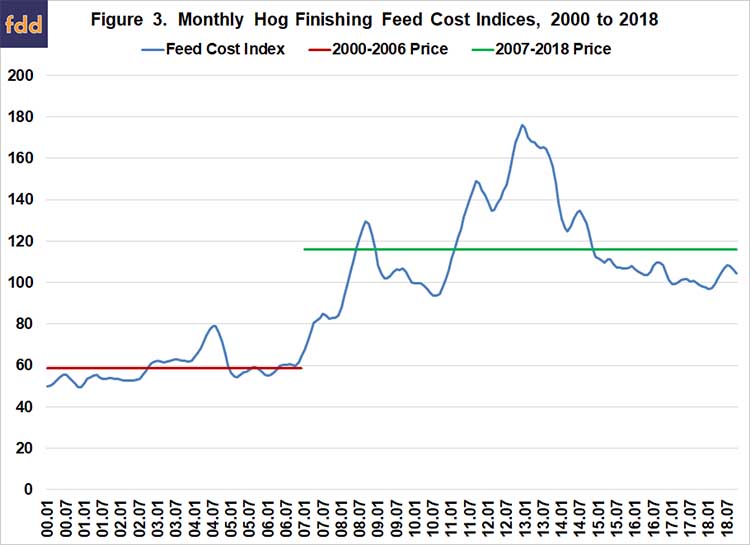 Annual swine finishing feed cost indices are presented in figure 4.  The projections for 2018 and 2019 (red bars) used corn and soybean meal futures prices in early October.  The projected feed cost indices for 2018 and 2019 are 103 and 102, respectively.  Thus, swine finishing feed costs for the rest of 2018 and for 2019 are expected to be from 2 to 3 percent above those experienced in 2017. 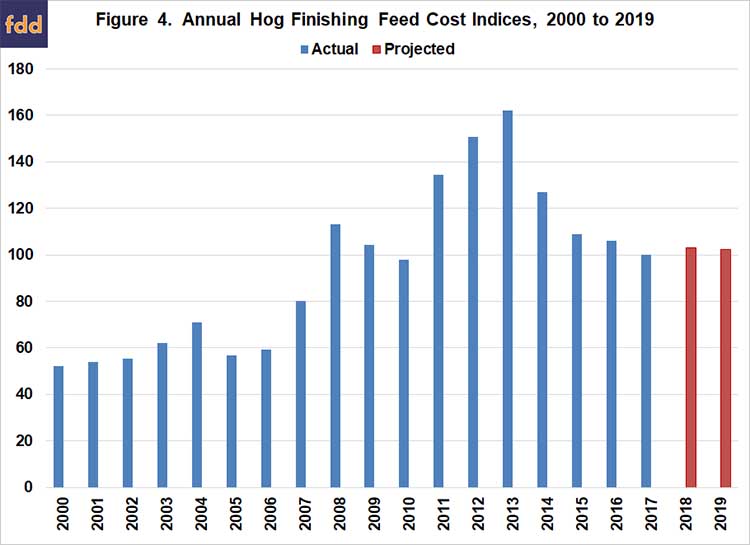 This article discussed recent trends in feed costs for a swine finishing enterprise, and provided projections for 2019.  Feed cost is expected to be approximately 2 to 3 percent higher for the fourth quarter of 2018 and for 2019 than it was for 2017.  Given the recent volatility of corn and soybean meal prices, it is important to gauge the impact of changes in these prices on feed cost.  Each $0.10 per bushel change in corn price, changes feed cost by $0.46 per cwt.  Similarly, each $10 per ton change in soybean meal price, changes feed cost by $0.34 per cwt.