Percent change in yield is measured from the May World Agricultural Supply and Demand Estimates (WASDE) to the November WASDE (US Department of Agriculture, Office of the Chief Economist).  May WASDE is the first to report yields for the upcoming crop.  Such yields were first reported May 1993.  The 2017 WASDEs are the last to be used in this analysis.

Price change is contemporary with the WASDE yield change.  It is measured as the percent change in the closing price of December corn and November soybean futures on the day of the WASDE release.  The market is thus given time to react to the report.  Futures prices through 2013 are from Barchart, then from the Wall Street Journal website.

The estimated relationship does not necessarily imply causality, although higher yields would mean higher supplies that could cause lower prices, and vice versa.  Besides US yield, many other factors impact price.  Percent change in yield is more akin to an indicator variable whose estimated coefficient contains not only the impact of yield change on price change but also the impact of all demand responses to a change in yield as well as the impact of other variables correlated with yield change.  The coefficient is thus not a precise measure of yield change’s impact on price change; however, the coefficient is consistent with the way in which many market participants think of the relationship between yield change and price change. 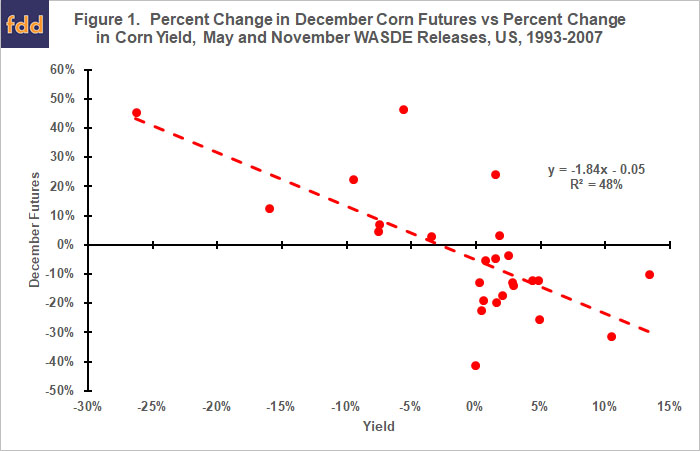 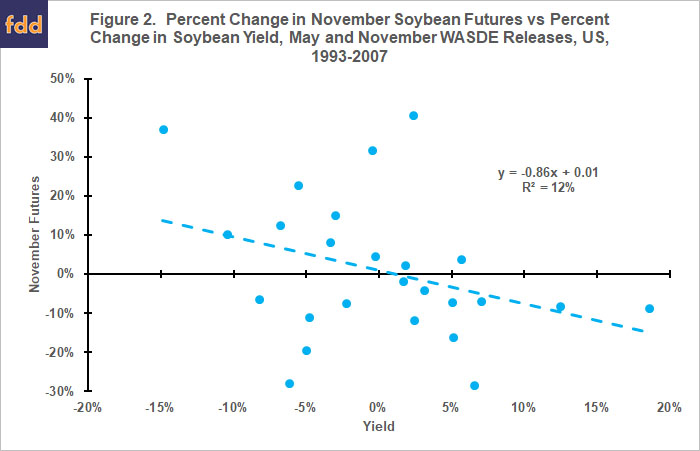 Coefficient on yield change is -1.84 for corn vs. -0.86 for soybeans.  A negative sign is consistent with the expectation that higher yield implies more supply and thus lower price, everything else the same.  A more negative coefficient for corn is also expected since the elasticity of demand with respect to price is commonly found to be less elastic for corn.  Thus, the same change in supply is expected to be associated with a greater change in the price of corn than soybeans, everything else the same. 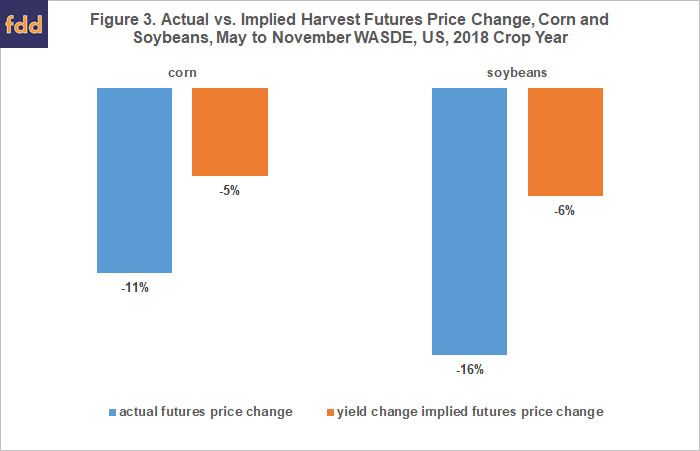