Table 1 shows the percent of planted corn acres insured in Illinois using Federal crop insurance products. These usages are given by coverage level for each Federal product. For example, RP was used on 79.3% of planted acres, with RP at an 85% coverage level being used on 39.1% of acres (see Table 1). 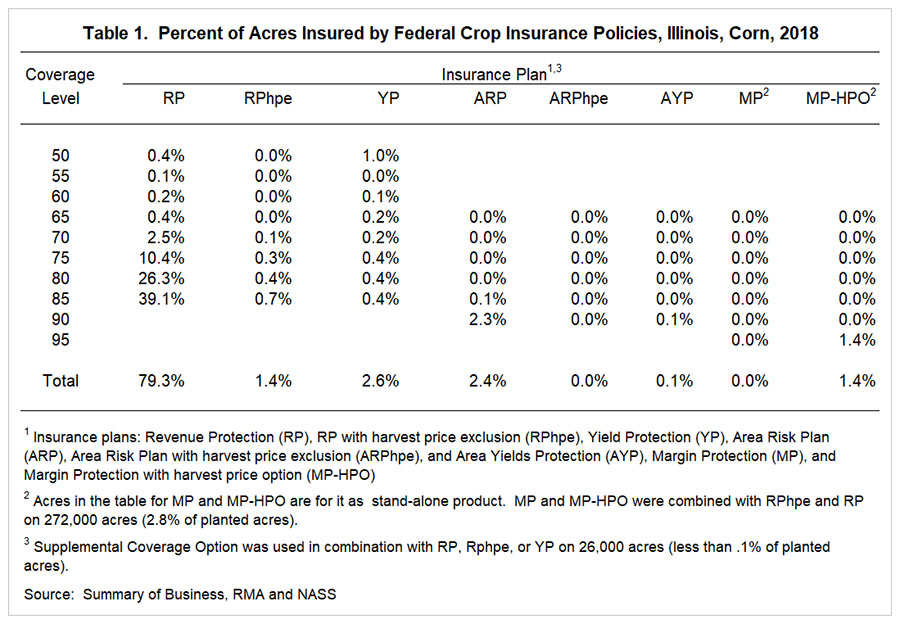 Data in this table came from two sources. Summary of Business (SOB) statistics maintained by the Risk Management Agency (RMA) provided acres insured by product and coverage level. Insured acres in each product-coverage-combination were divided by planted acres in 2018. Planted acres came from the National Agricultural Statistical Service (NASS).

By far, the product with the most extensive use is RP, accounting for 79.3% of planted acres (see Table 1). The next highest used product was Yield Protection (YP) with 2.6% of acres, followed by Area Revenue Protection (ARP) with 2.4% acres. The second and third most used products lagged by over 75 percentage points behind the RP. 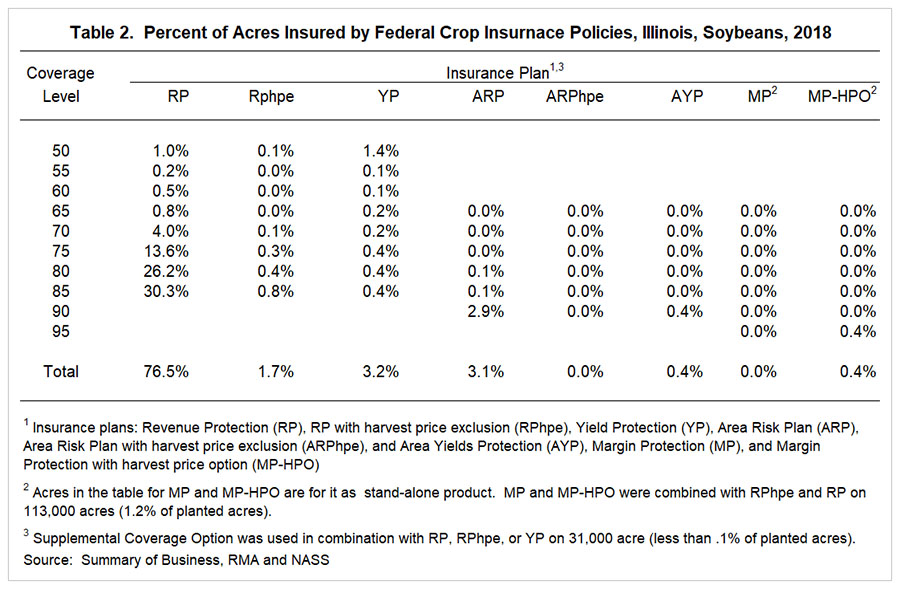 Between 2017 and 2018, the most significant change was an increase in use of Margin Protection with the Harvest Price Option (MP-HP0) and a decrease in use of ARP. MP and MP-HPO were introduced as another Federal crop insurance options in 2018. NP-HP0 provides protection based on county-level margin (revenue minus costs) and can be used in combination with RP. MP can be combined with RPhpe. As a stand-alone product, MP-HPO was used on 1.4% of insured acres of corn (see Table 1).  In addition, MP-HPO and MP were used in conjunction with RP and RPhpe on 2.8% of acres of planted corn acre (see footnote 2 of Table 1). MP was then used on 4.2% of planted acres. In 2018, an increase in use of MP-HPO and MP use on 4.8% of acres corresponds to a 2.4% decline in ARP use. Much of this decline in ARP likely is a switch to MP-HPO. In addition, MP-HPO picked up some acres solely insured by RP in previous years.

Crop Insurance Use Over Time 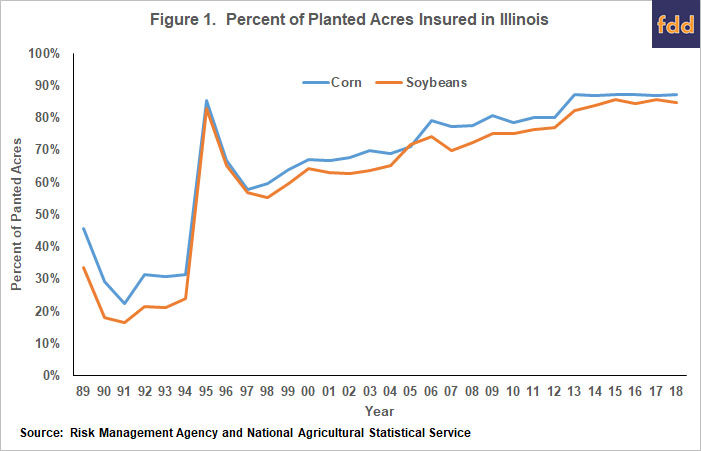 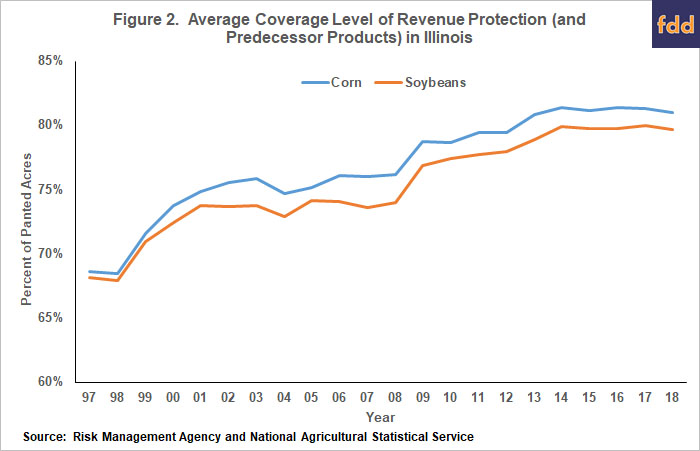