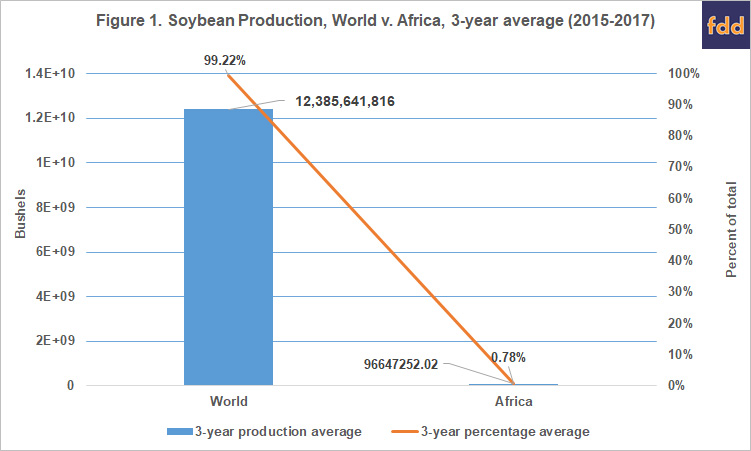 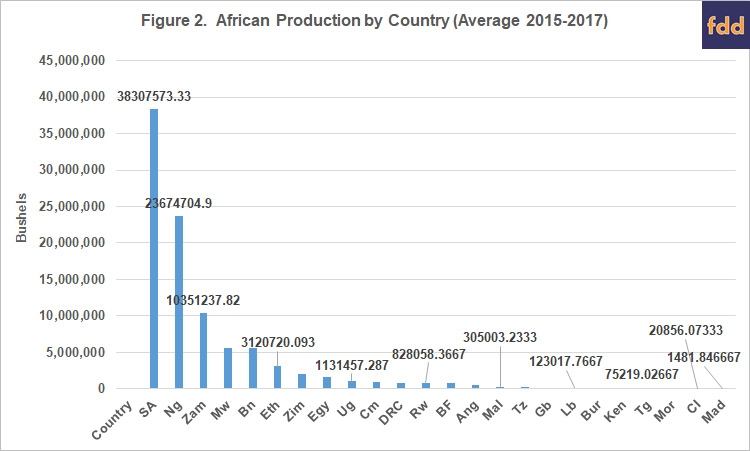 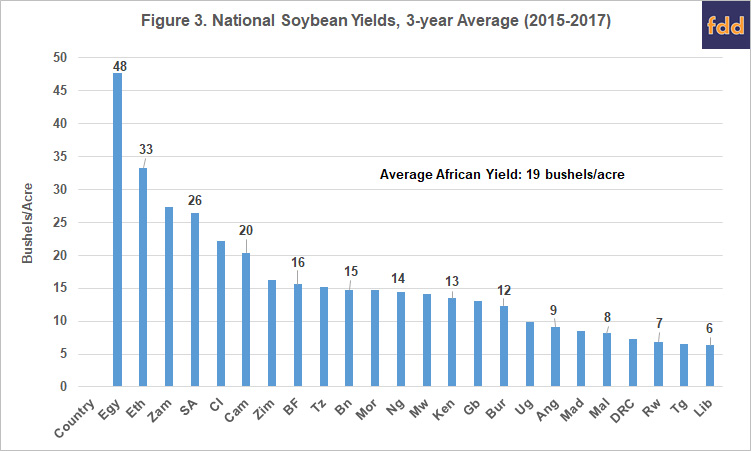 The 24 African countries for which official yield data exist have an average CAGR in yield of 0.9%, while the top five producing countries have an average CAGR of 2.0%. Globally average production per hectare has risen at a rate of 1.64% since 1961. The five leading countries in Africa produce 86% of the region’s soybean. Forecasted addition supply from these leaders by 2030 would only see an increase in supply of a little over 18 million bushels, or less than .15% of current global production. Angola has the highest CAGR for soybean yield at 5.3% per year. Cameroon and Cote d’Ivoire follow at 4.92% and 2.88%, respectively (Figure 4). These three countries, though achieving relatively high annual growth rates in yield, are advancing from a low base producing less than 1.4 million bushels combined. South African, Nigeria and Zambia, the regions leaders in terms of total production achieve CAGR’s of 2.6%, 1.8%, and 1.3 % respectively, thus still maintain low productivity growth. 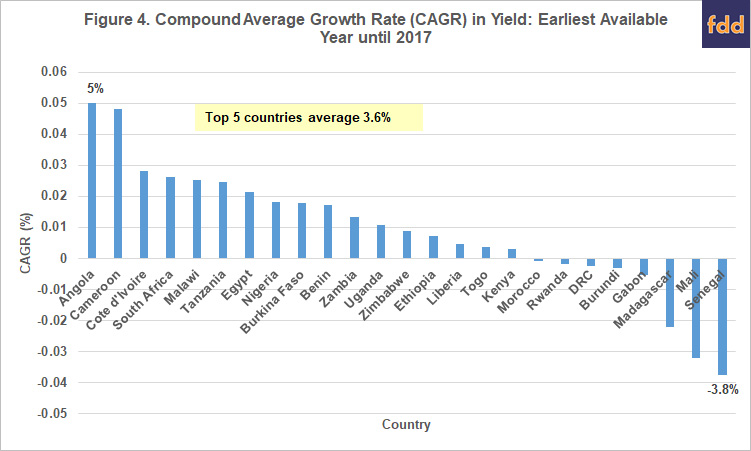 In conclusion, Africa remains a minor player within the global soybean production scene. Levels of production are low, as are growth rates in yield. Total soybean supply presents a minimal effect on global markets. Not only are levels of production low, but growth rates in yield also show slow growth. Total production in the region though is rising faster than the world as a whole, but that increase originates from a very low base of production. Forecasts using currently available data portend a continent where domestic demand for soybean will continue to outstrip domestically produced supplies in the medium term, and imports will remain an important feature for meeting Africa’s soybean, soybean meal, and soybean oil needs.