Southern rust is caused by the obligate fungal pathogen Puccinia polysora.  Puccinia polysora produces fuzzy, raised structures called pustules on leaves and stalks of corn.  Pustules contain thousands of small orange spores.  When you rub these pustules between your fingers, the spores may leave a dusty orange coat on your fingers, hence the reason it is called a “rust.”  Pustules of Southern rust are orange to light tan, and often small and circular.  Pustules are mostly found on the upper leaf surface, which can help distinguish it from the less damaging common rust.

Spores from pustules can be dispersed miles on air currents, allowing the disease to spread rapidly.  Under hot humid conditions, spores of the fungus can infect susceptible corn, and symptoms can be observed within 3-4 days.  Within 7-10 days, spores are produced and can be dispersed.  The cycle of spore-infect-spore can continue as long as conditions are conducive and corn plants are green.  Conditions that favor disease development include hot temperatures (morning low of 75°F and daytime high of 93°F) and at least 4 hr of consecutive leaf wetness.  Outside of these conditions disease progress can occur, but at a slower rate.  Our colleagues to the South state that Southern rust can continue chugging along at 110 degrees.  That’s pretty impressive.

Southern rust does not overwinter in Illinois and blows into the region from warmer regions.  In years where it develops to a significant degree early in southern regions, it can move into Illinois during critical stages in crop growth.  In general, we see the disease move in most years in late July or early August.  This means that in years when plantings are delayed, the disease can arrive on time but plants may be at greater risk for yield loss because the earlier infections occur the more yield can be impacted.  Experience from our Southern colleagues indicates that stalk integrity isn’t likely to be affected unless you see significant infections during the vegetative stages of crop development. 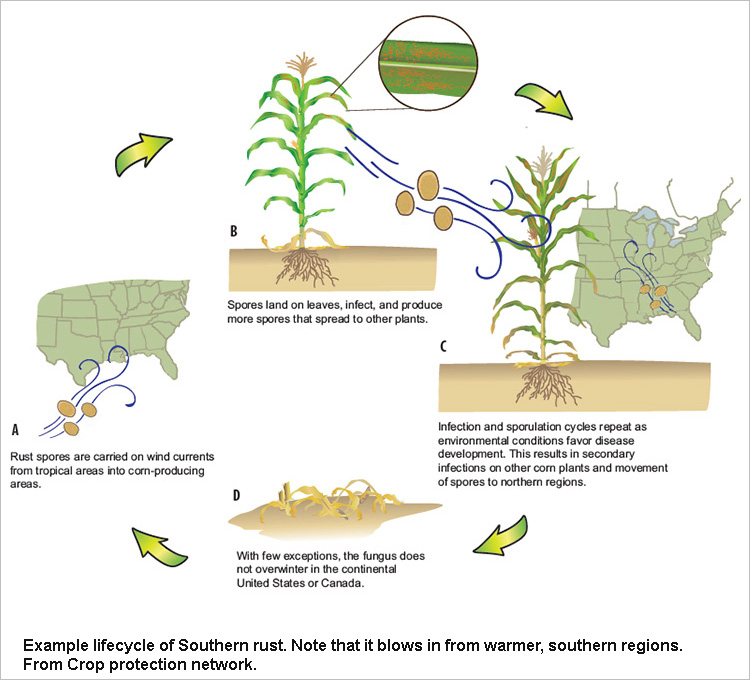 The impact that a foliar disease will ultimately have on corn yield is often related to when the disease starts to develop relative to plant growth.  Foliar diseases ultimately reduce carbohydrate allocation to developing ears, thereby reducing yield.  Thus, earlier infections are more likely to result in sufficient disease severity to significantly reduce photosynthetic areas at critical stages in grain fill (Figure 1).  This effect is supported by a recent metaanalysis that show that fungicide applications made between VT and R2 are the most effective in terms of disease management and potential profitability.  In terms of a fungicide application, we say that this pushes the disease progress curve to the right, reducing overall severity and yield impact (Figure 2). 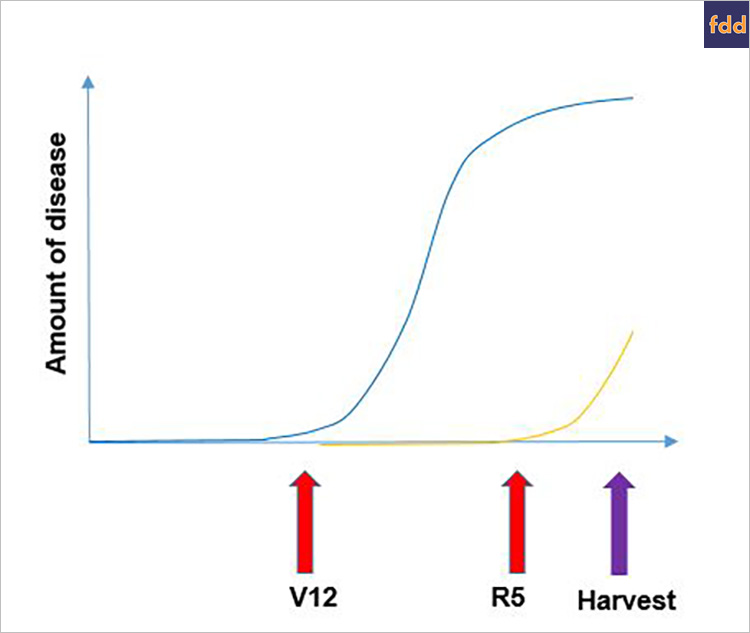 Figure 1.  Hypothetical disease progress curve of a foliar disease arriving at V12 (blue) vs R5 (yellow).  Later disease onset results in less overall disease and does not impact grain fill as much as infections occurring during early reproductive stages. 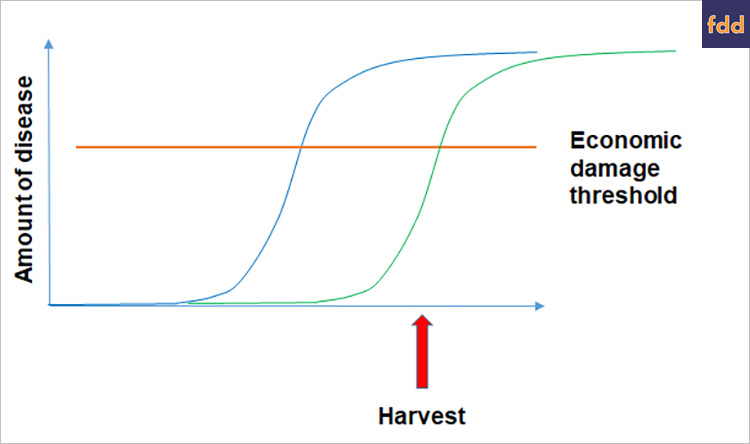 Figure 2.  Hypothetical disease progress curves for a unmanaged foliar disease (blue) vs a disease where a management practice, such a fungicide application, was implemented.  The goal of management is to reduce disease buildup underneath the economic damage threshold, the amount of damage needed to produce a yield reduction that if protected, would cover application + product costs.

With Southern rust, experience from the South, where this disease arrives earlier and more frequently, indicates that if the disease arrives after R4, the application is less likely to benefit the producer.  In cases where Southern rust arrives early, a second application may be needed if conditions remain conducive.  Remember that fungicides provide approximately three weeks of protection. 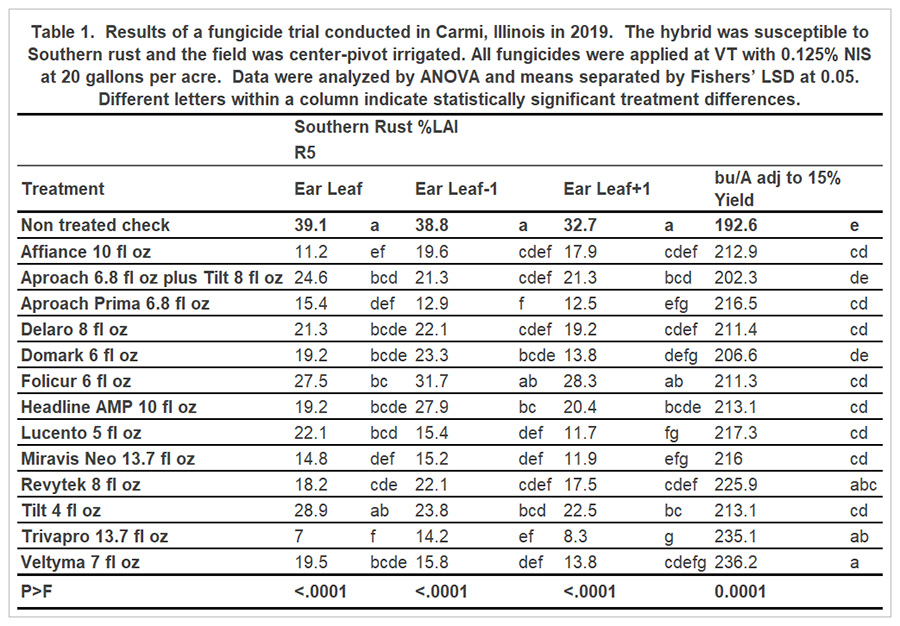 Lastly, it is essential to accurately identify the disease.  Inaccurate disease diagnosis may result in the unneeded application of fungicides.  If you are not sure, or want an expert opinion, send samples to your state diagnostic clinic, for example the UIUC plant diagnostic clinic.

Additional Resources can be found at the Crop Protection Network.