Global warming describes an observed increase in the global average temperature over the last 100 to 150 years. Illinois’ climate has changed over that time period in response to global warming. The last century of climate change in Illinois has had considerable implications to agriculture, and model projections suggest future changes will continue to impact Illinois agriculture. This article will briefly summarize the historical changes in Illinois’ climate observed over the last 100 years and model projections of continued climate change to the end of the century, and remark on the agricultural impacts of these changes in our climate.

Air temperature has increased in Illinois over the last 100 years; however, unlike other regions in the United States, warming has been concentrated in meteorological winter (December – February) and spring (March – May) seasons. Table 1 shows trends in statewide annual and seasonal average, maximum, and minimum temperatures between 1895 and 2019 in units of degrees Fahrenheit per decade. 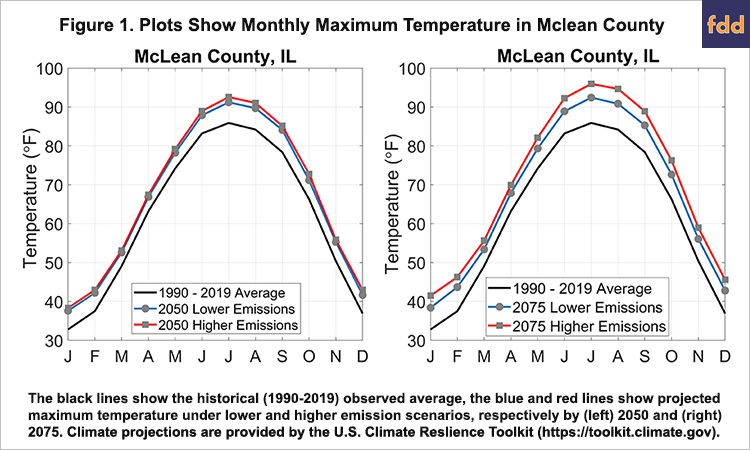 Temperature changes in Illinois over the last 100 years have impacted agriculture in multiple ways. The frost-free season has increased by approximately 9 days on average in Illinois, and is projected to increase by 10 to 20 days by 2050 depending on emissions. This has resulted in an overall longer growing season and increased accumulated growing degree days. For example, annual base 50°F corn growing degree days in DeKalb County are projected to increase 30% by 2050, relative to the 1990 – 2019 county average. In addition, increased growing season temperature and atmospheric carbon dioxide can enhance photosynthesis and reduce crop water use, both beneficial for growers.

However, temperature changes in Illinois have caused considerable negative impacts to agriculture as well, and these impacts are projected to increase in severity. For example, warmer winters have increased the survival and reproduction of insect pests, while fostering more suitable conditions for numerous invasive species of flora and fauna. Additionally, increasing spring and early summer temperatures result in earlier exceedance of maximum temperature thresholds for postemergence herbicide application. Projected continued warming in April, May, and June across the state will constrain spray hours and impact weed control. 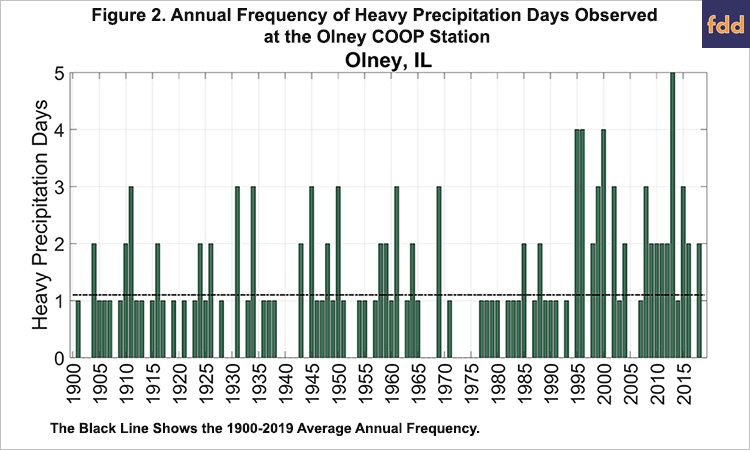 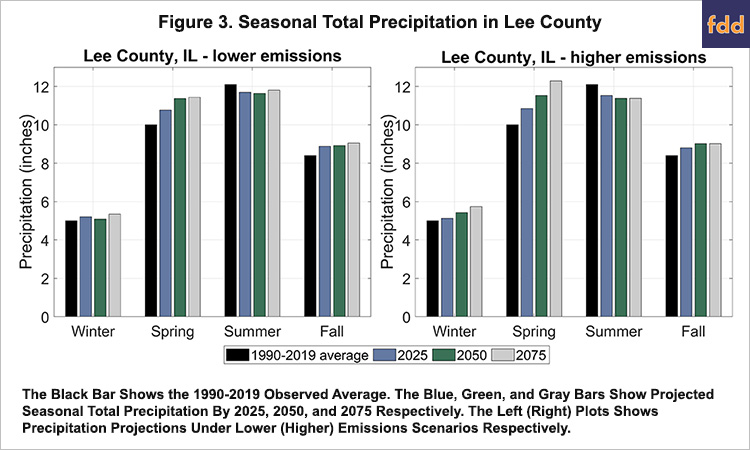 Illinois’ climate has changed over the last 100 years and it has had direct and varied impacts on agriculture. Increased temperatures have resulted in an expansion of the growing season; however, warmer winters have fostered a higher prevalence of insect pests and invasive species. Increased precipitation and the intensity of that precipitation continues to be a primary challenge for farmers, particularly in the spring planting window. Model projections indicate continued warming and increasing precipitation and precipitation intensity in Illinois throughout the 21st century. Some of these changes are projected to occur irrespective of present and near-future greenhouse gas emissions, signifying the importance of agricultural adaptation efforts to reduce vulnerability to the impacts of climate change. The magnitude of these changes and the realized impacts remain very dependent on future greenhouse gas emissions. Therefore, mitigation efforts now and into the future could help limit climate change, as well as the risks it poses to Illinois agriculture, creating an overall more resilient agriculture system. The excess water issues faced by farmers last year and this season provide a very timely example of the challenges climate change poses to Midwest agriculture. Further analysis on the within season impacts on precipitation is a critical area for better understanding the risks to agriculture and will be explored further in future articles.