COVID-19 has resulted in a dramatic decline in fed cattle prices putting a damper on net return prospects for 2020.  In a farmdoc article published in early January (January 10, 2020), we were expecting net returns to average approximately $40 per head in the first quarter and approximately $10 per head in the second quarter of 2020.  As discussed below, first quarter net returns were a negative $10 per head, and the prospects for the second quarter are very dismal.  In addition to discussing net return prospects, this article discusses trends in feeding cost of gain, the feeder to fed price ratio, and breakeven prices. 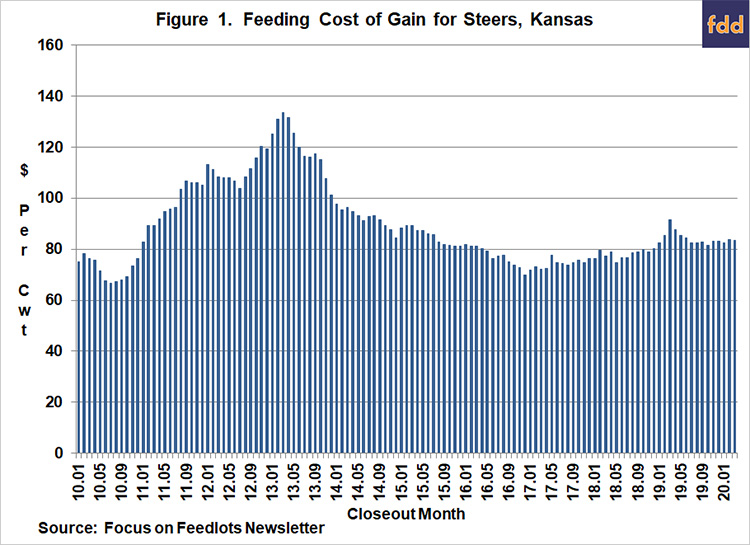 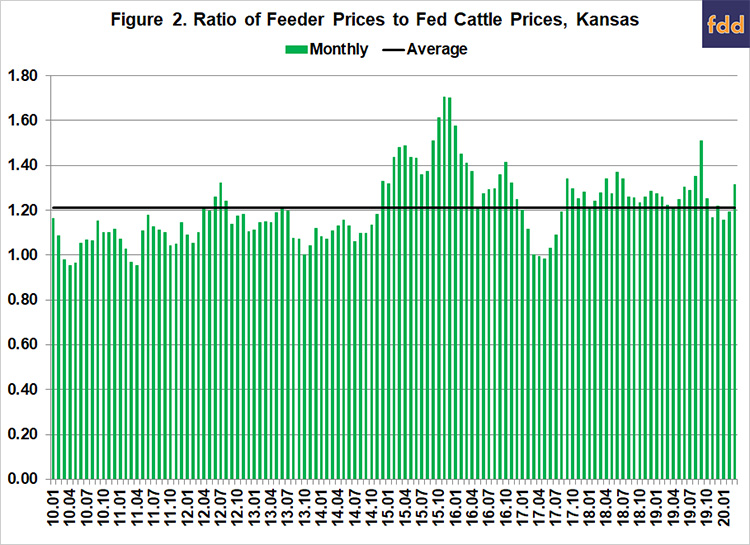 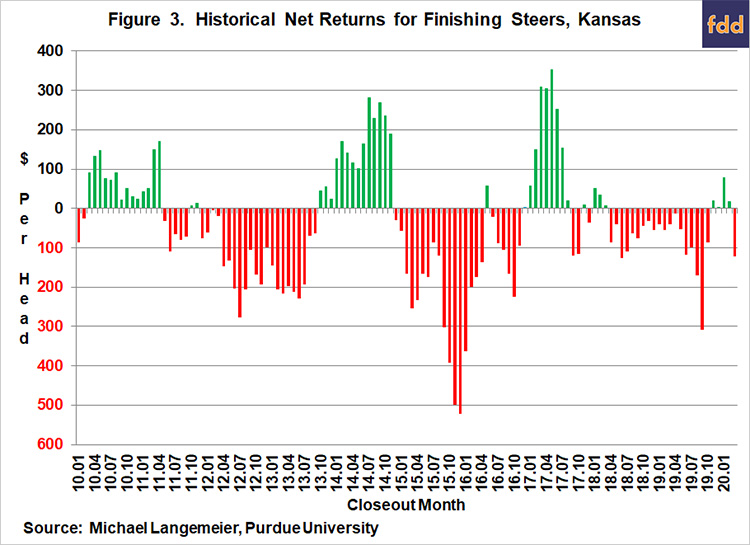 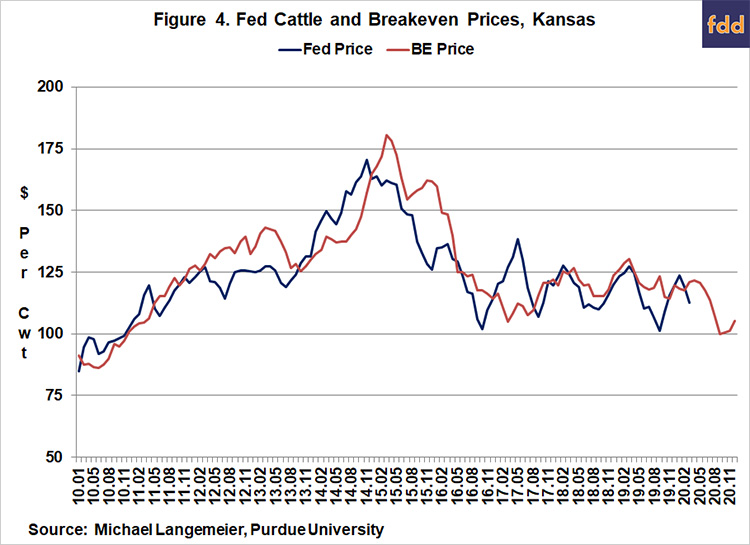 This article discussed recent trends in feeding cost of gain, the feeder to fed price ratio, breakeven prices, and cattle finishing net returns.  Average cattle finishing losses in 2019 were estimated to be approximately $80 per head.  Average losses in the first quarter of this year were approximately $10 per head.  Current breakeven and fed cattle price projections suggest that large losses will occur in the second quarter.  Though highly uncertain, prospects for the remainder of 2020 look much better.