Net return to land from 1996 to 2019 from a landowner perspective were computed for a case farm in west central Indiana.  The case farm had 3000 crop acres and utilized a corn/soybean rotation.  Lease arrangements examined included a crop share lease, a fixed cash rent lease, and a flexible cash lease.

Fixed cash rents were obtained from the annual Purdue Farmland Value Survey.  Specifically, cash rents for average productivity land in west central Indiana were used.  The flexible cash lease arrangement used a base cash rent that was 90 percent of fixed cash rent.  In addition to the base case rent, the landowner received a bonus of 50 percent of the revenue above non-land cost plus base cash rent if revenue exceeded non-land cost plus base cash rent.  Revenue included crop revenue, government payments, and crop insurance indemnity payments.  All cash and opportunity costs, except those for land, were included in the computation of non-land cost.  More discussion regarding possible parameters that can be used for flexible cash leases can be found in Langemeier (2018).

Comparisons of Net Return to Land among Leasing Arrangements 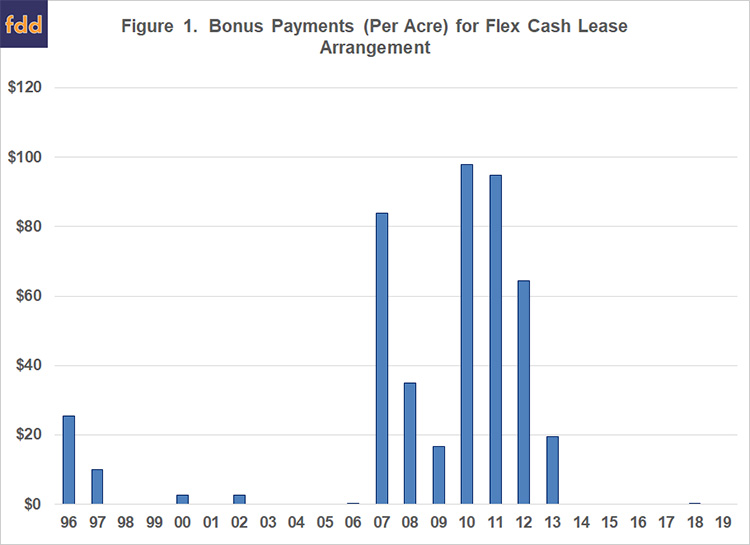 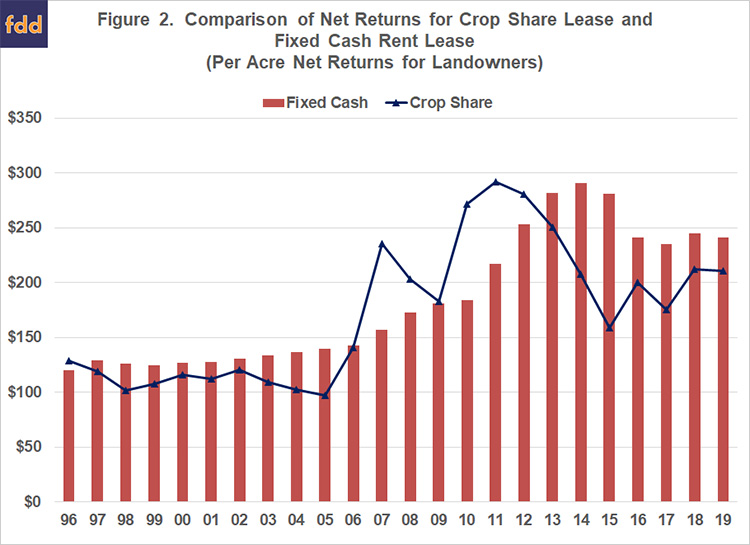 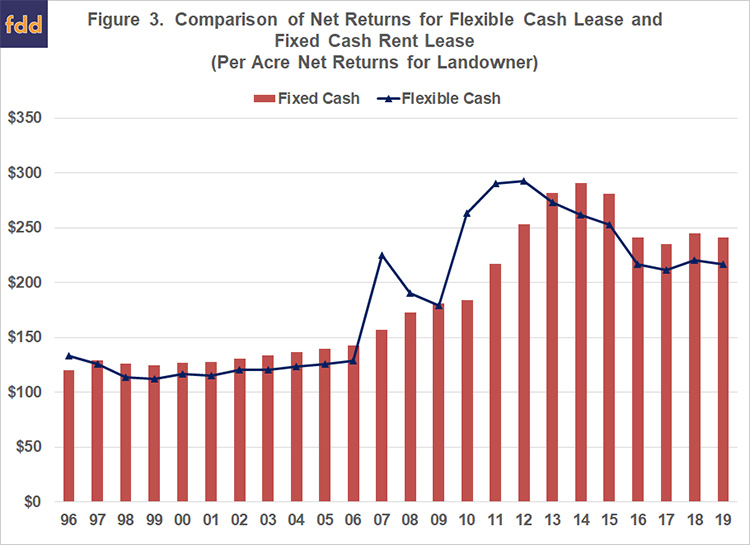 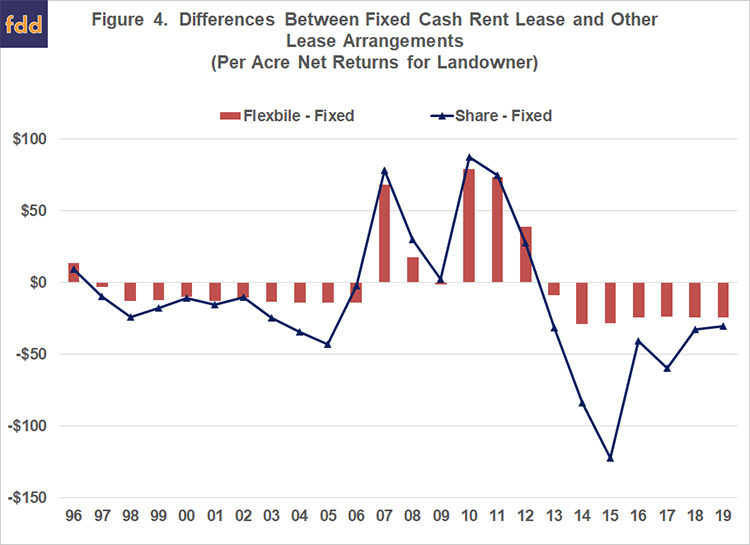