Current bids for 2021 delivery in southern Illinois are: 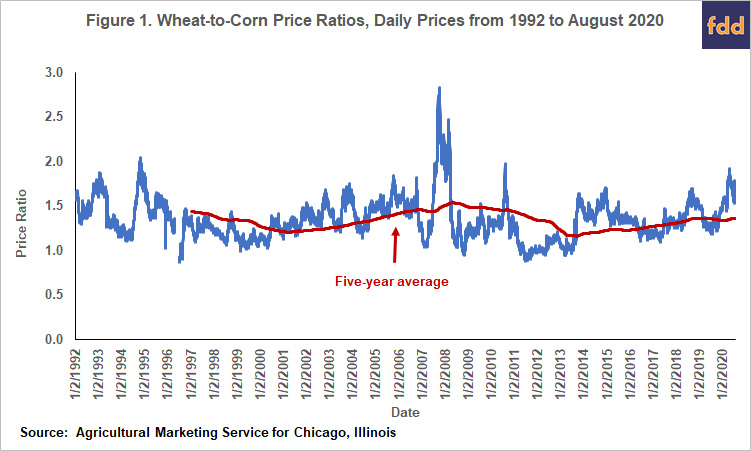 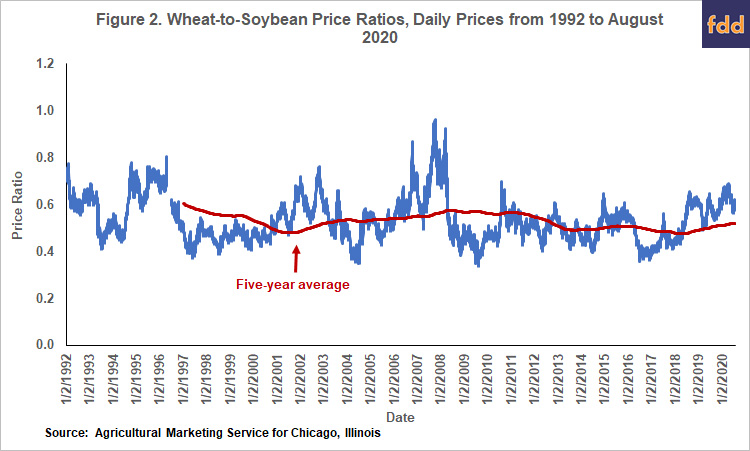 Table 1 shows 2021 crop budgets for Southern Illinois. These are adaptations of budgets published in the 2021 Illinois Crop Budgets, with commodity prices being the only values that have been changed. Commodity prices are set at current cash bids for 2021 delivery. Operator and land returns give the return to each crop and represent a return to both the farmer and landowner. If the farmland is cash rented, the cash rent would need to be subtracted from the operator and land return to arrive at farmer return.  Property tax and mortgage interest would be subtracted from operator and land returns to arrive at farmer return for owned farmland. 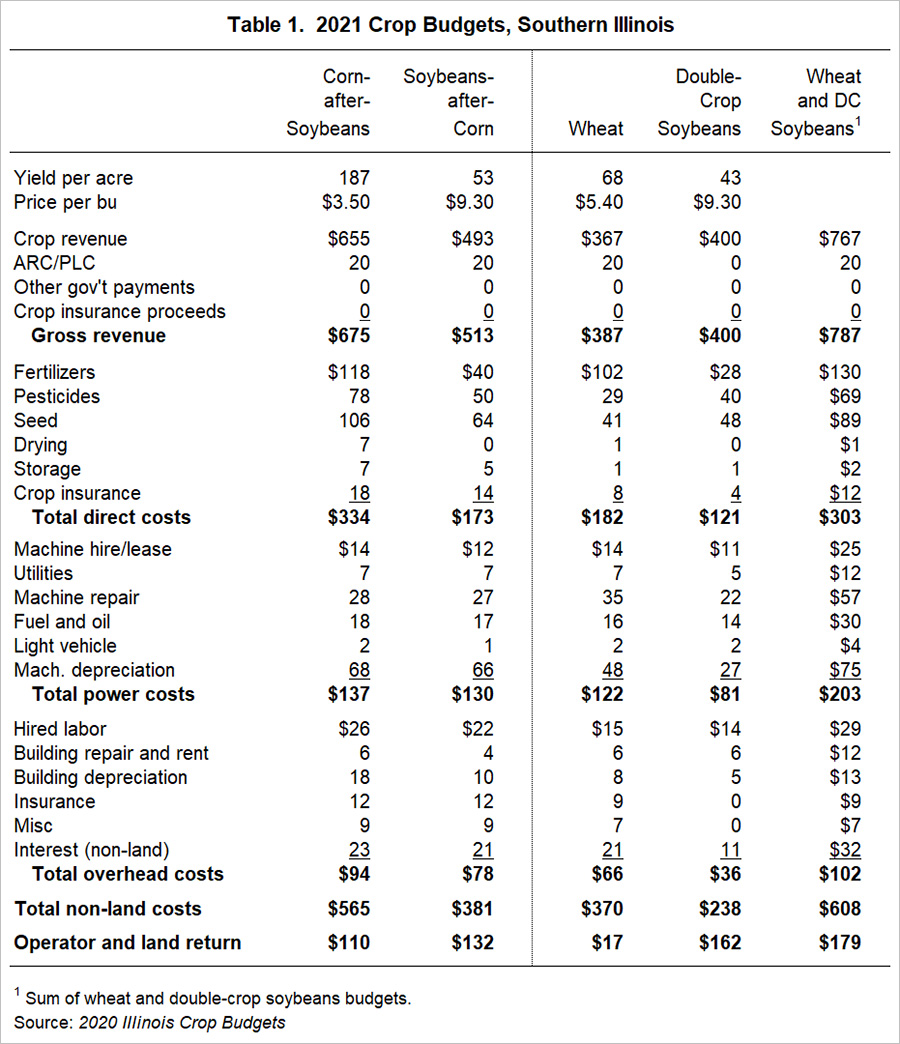 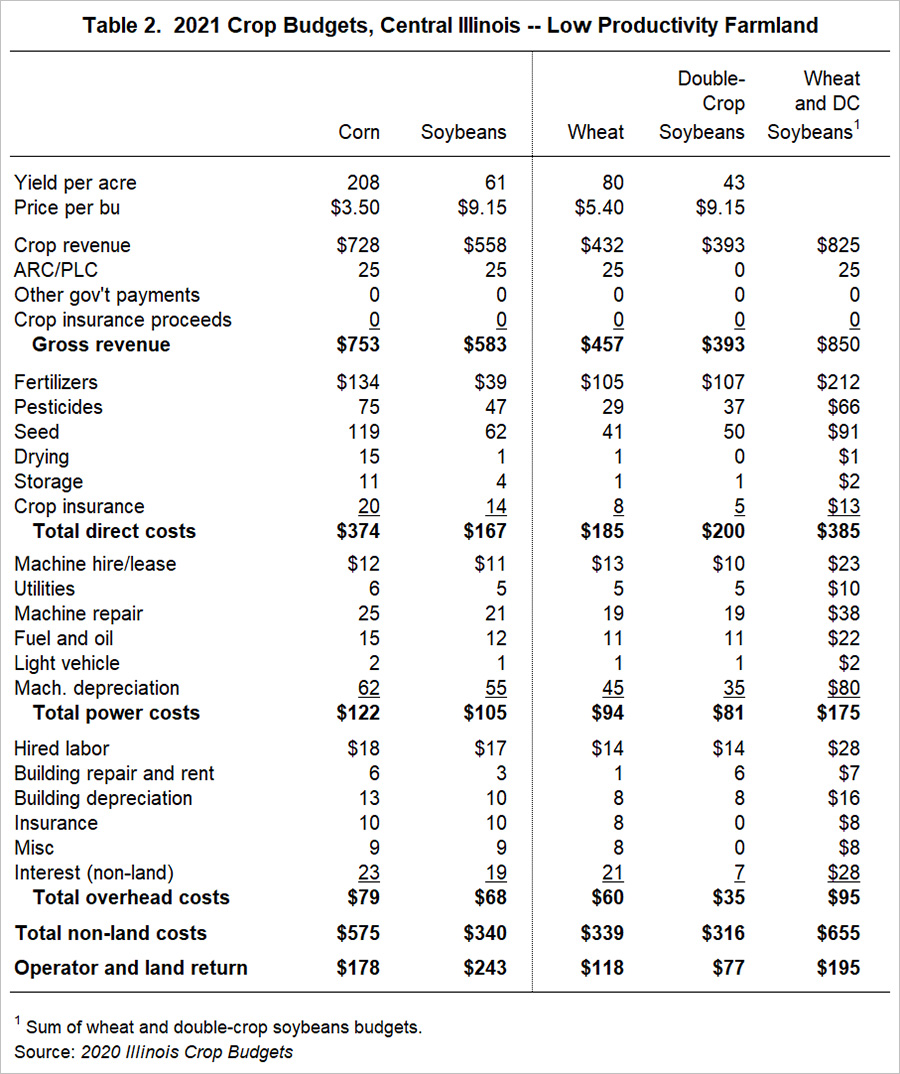 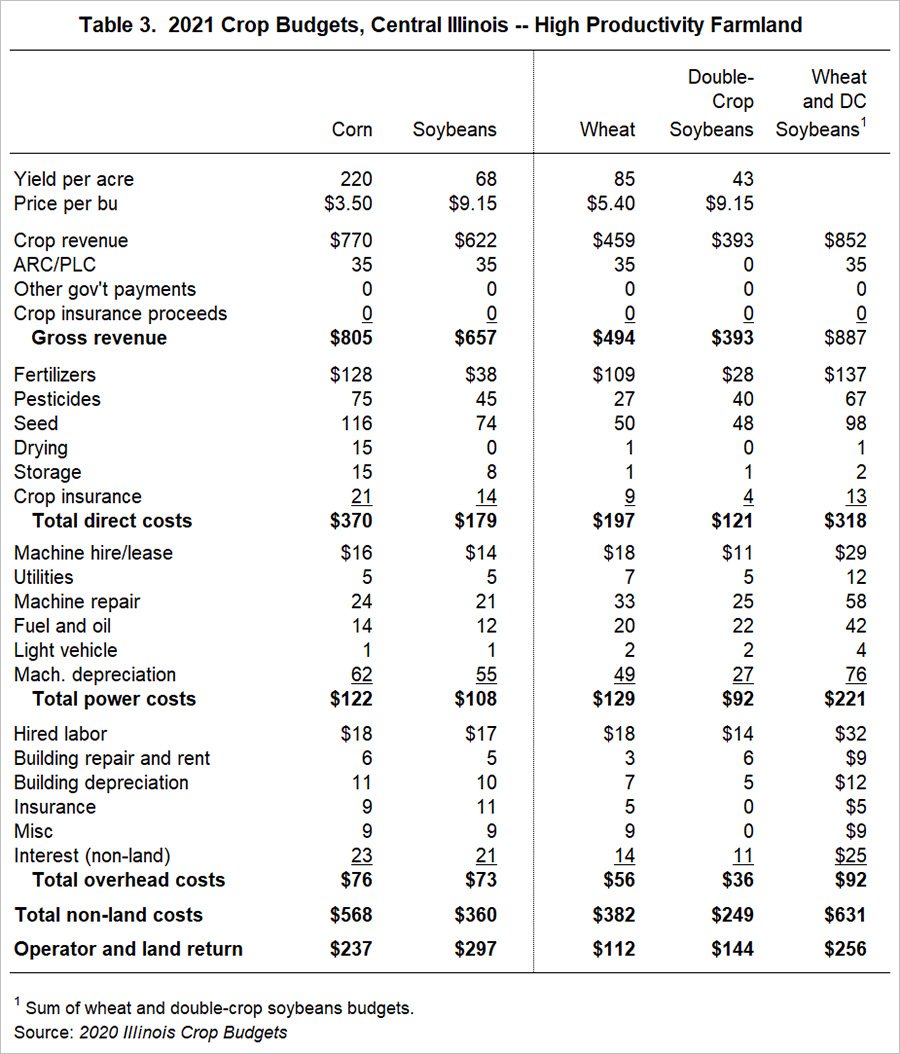 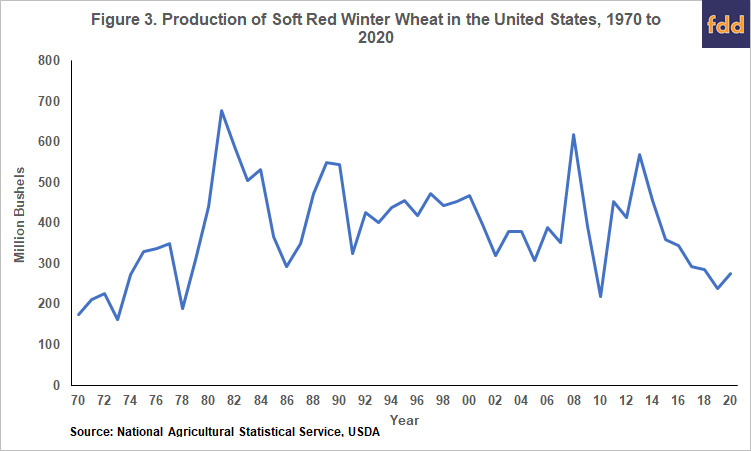 At the same time, COVID-19 social distancing measures have had less impact on wheat prices than on corn prices, with corn prices heavily impacted by a reduction in fuel and ethanol. Soybean prices have been supported recently on positive movement in export sales. As a result, soybeans are more profitable than corn across all regions using current prices for fall 2021 delivery. In the southern region, a combination of wheat and double-crop soybeans is expected to provide an additional layer of return above soybeans. In other regions, the wheat and soybean combination results in lower returns than stand-alone soybeans, although still above corn. Notably, a wheat and double-crop soybean combination may provide value to a farm in other ways, such as for agronomic benefits or if straw is needed for livestock. And farms may realize greater profits than stand-alone soybeans if a higher yield is achieved on the double-crop soybeans than 43 bushels per acre used in the budgets.

If wheat is planted, pricing some of the expected 2021 production may be warranted. Wheat prices have been relatively stable so far in 2020, unlike those for corn. Any acreage increase in soft-red winter wheat acres could cause milling needs to be met, leaving excess wheat to compete with corn in the feed grain market and leading to declining wheat prices. At that point, the relative feed values would dictate the spreads between corn and wheat prices.