Acreage decisions in Illinois are coming into focus for the 2021 planting year. Corn, soybeans, and wheat are the predominant crops in Illinois. Historic acreages in Illinois suggests that an increase in soybean acres will come with a reduction in corn acres, and vice versa. Northern Illinois tends to have a higher proportion of its acres in corn than southern Illinois.  These historic differences across regions likely will persist into the future.

Acreage Shifts in Illinois Over Time

Illinois acres planted to corn, soybeans, and wheat have remained relatively stable since the 1995 Farm Bill passed, eliminating planting and set-aside requirements. Between 1996 and 2020, total acres in corn, soybeans, and wheat have varied in a relatively narrow 700,000-acre range from 22.0 million to 22.7 million acres, except for 2019. In 2019, total acres were lower at 21.1 million because of many prevent plant acres. Over the past ten years, acres in these three crops averaged 97.6% of all field crops planted in Illinois, illustrating that acreage shifts are primarily between corn, soybeans, and — to a much lesser extent — wheat. 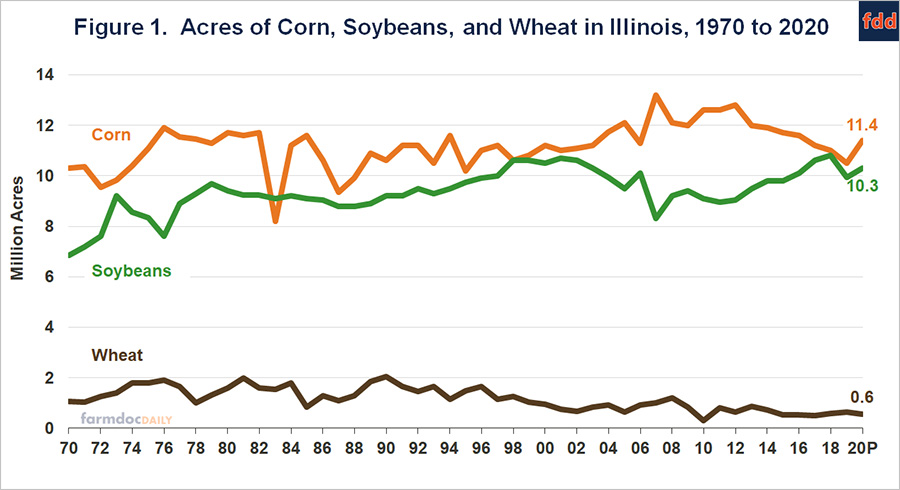 Acres devoted to corn, soybeans, and wheat vary across the state, as illustrated in Figure 2. The map in Figure 2 divides Illinois into four regions: 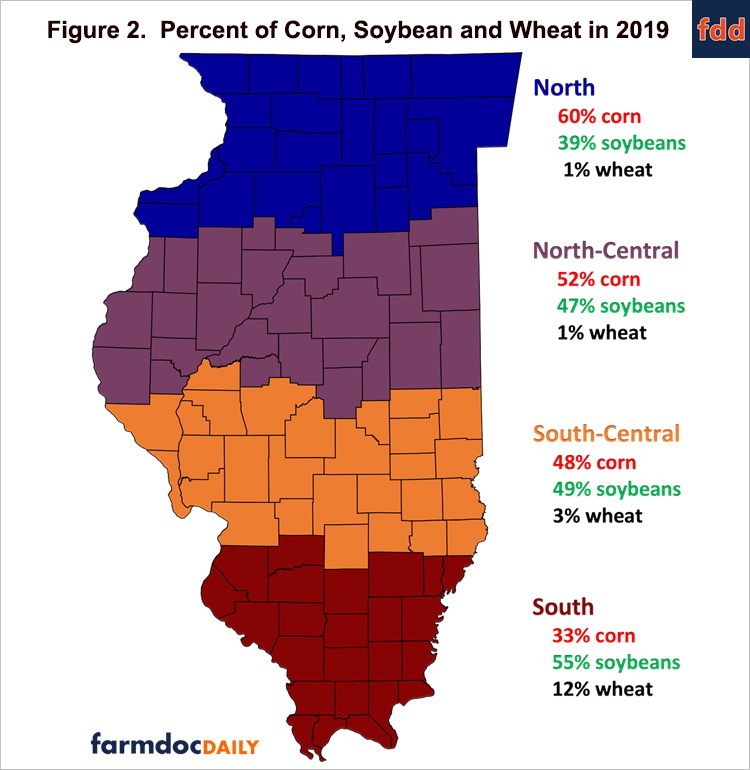 Percent of total acres planted to corn is the highest in the northern region and lowest in the more southern areas. The north region had 60% of acres in corn in 2019, the north-central had 52%, south-central had 48%, and the south had 33% (see Figure 2).

The percentage of wheat acres also increased for the more southern regions. The north and north-central regions had a very small proportion of their acres in wheat (1%). The south-central had 3% in wheat, and the south had 12% in wheat.

Over time, the relationship of crop acreage in the four regions has remained relatively stable (see Figure 3). The north region has always had the highest percentage of acres in corn, the north-central region the second most, the south-central the third most, and the south the least. Changes in any given year are roughly proportional across the regions. 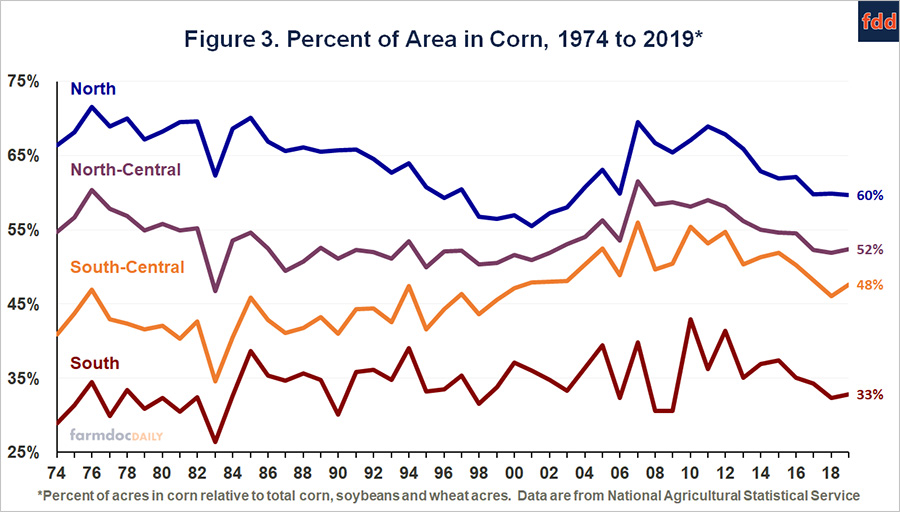 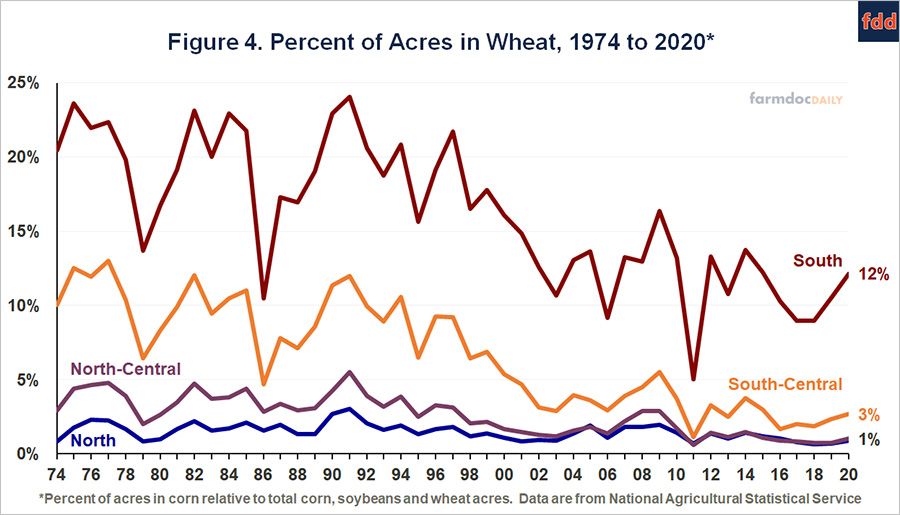