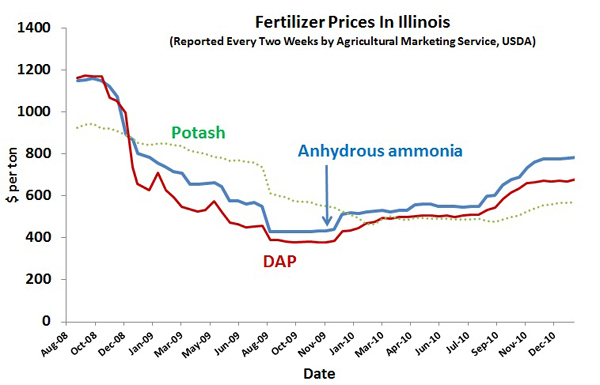 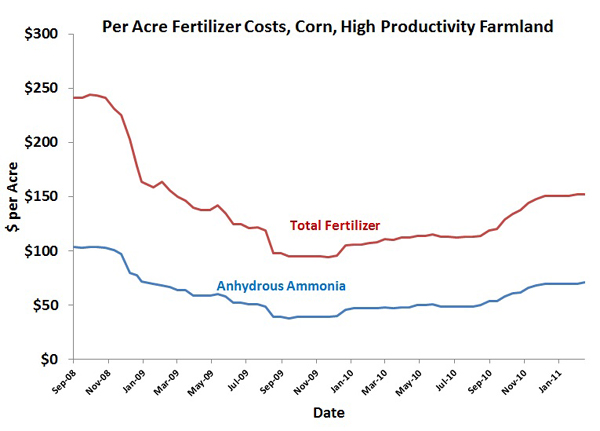 For soybeans, 100 pounds of DAP and 120 pounds of potash will provide the nutrient needs of many high producing fields. Using these rates, soybean fertilizer costs were $55 per acre in August 2010. First of the year purchases yielded a $68 per acre cost, an increase of $13 per acre from summer costs. April 14th purchases of all fertilizer resulted in a $70 cost per acre, $2 higher than beginning of year costs.

Because of nitrogen fertilizer price increases, corn fertilizer costs rose faster than soybean costs. Per acre corn minus soybean fertilizer costs were $58 per acre on August 2010, $83 per acre at the beginning of 2011, and $85 on April 14th, 2011. These increases reduce corn returns relative to soybean returns. Obviously price changes also play a role in return comparisons between corn and soybeans.