The state corn yield for Illinois was below trend yield in 2010, with only 23 percent of the years since 1972 having a worst deviation from trend. However, the 2010 state yield was not as poor as yields in 1988 and 1983. Many counties in Illinois fared much worse than the state. For 16 counties, 2010 was the worst yielding year in the 2000s. For ten counties, 2010 ranked as the second or third worst year since 1972. Many of the low-yielding counties were located in western Illinois. 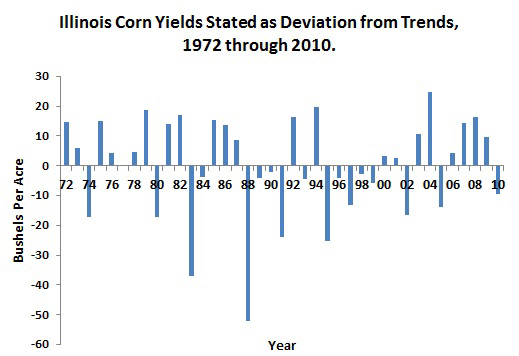 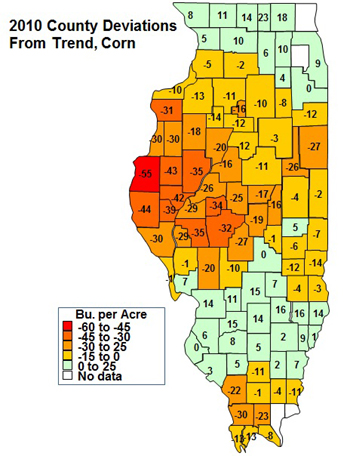 Since 1972, the 2010 yield was not the worst deviation from trend for any county. However, there were four counties that only had one year with a more negative deviation: Adams, Brown, Hancock, and Schuyler Counties. For seven counties, there was only two years with more negative deviations: Fulton, Henderson, McDonough, Mercer, Morgan, Pike, and Sangamon Counties.

While corn yields were below trend in many counties, there were areas of the state that had above trend yields. These counties were located in the northern and southern parts of Illinois.