In posts on March 29 and April 5 we examined the changes in average nominal (not adjusted for inflation) price levels for crops and livestock in the most recent era compared to the previous era. Here, we examine the ratio of livestock prices ($ per hundredweight) to corn prices ($ per bushel) in the most recent era of higher crop prices compared to ratios in the previous era. Since feed costs account for a high percentage of livestock production costs, these ratios have long been used as indicators of livestock production profitability. One should of course remember that these ratios are imperfect reflections of profitability since feed and other production efficiencies can change over time.

As indicated in the accompanying three graphs, the average livestock/corn price ratios in the previous era were 19.1 for hogs, 27.7 for cattle, and 6.0 for milk. In the new era, those average ratios have declined to 12.6, 23.5, and 4.5, respectively. These lower ratios are another way to illustrate the conclusion in the previous post that livestock price increases have lagged crop price increases in the new era of higher crop prices, implying that average livestock production profitability has been reduced in the new era of crop prices.

If the ratio of livestock to corn prices in the previous era is a useful benchmark for what we should expect in the new and emerging era of nominal agricultural prices, then it is hard to avoid a conclusion that further increases in livestock prices are forthcoming in the next few years. 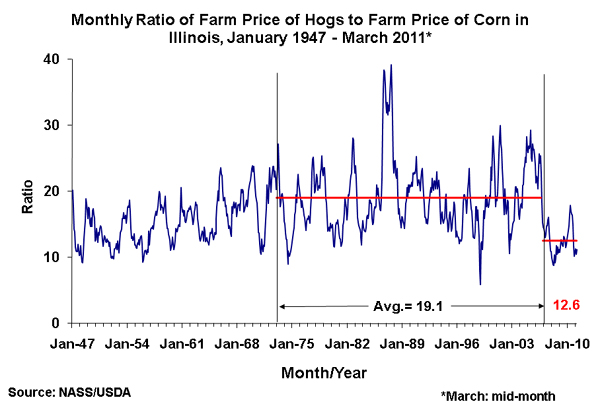 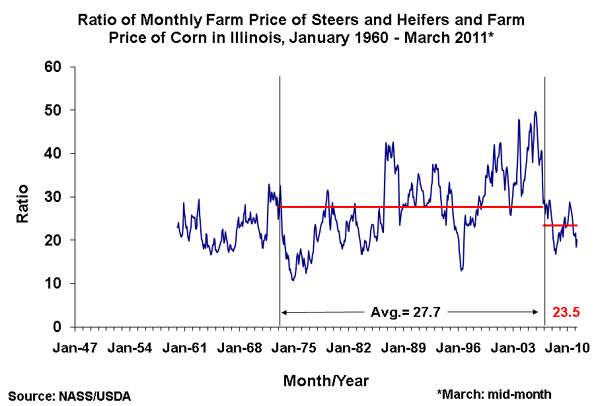 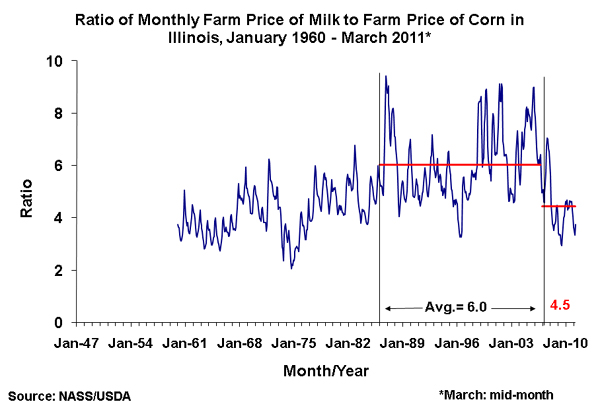