Most commercial banks lending to agriculture have weathered the financial tsunami of the past 36 months. Many of the agricultural-related banks did not participate aggressively in the high-risk housing or commercial real estate markets. As a result, agricultural banks did not sustain the substantial liquidity and capital problems faced by many global financial institutions. In general, credit remained available for farmers and ranchers throughout the financial crisis. The profitability of production agriculture through the crisis certainly played a critical role in credit quality and quantity at agricultural banks. 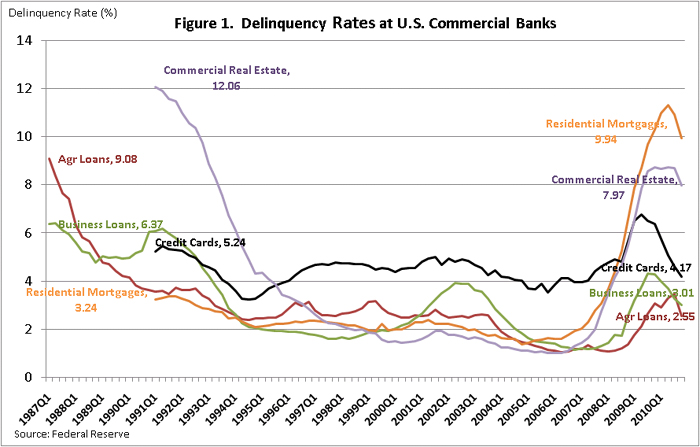 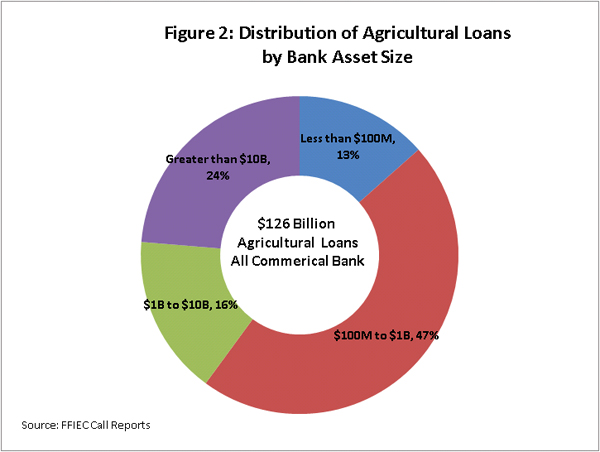 Although credit conditions have improved across the banking sector, a substantial number of bank failures have occurred. Over the first four months of 2011, 34 banks closed while over 150 banks failed in 2010. However, only two of these banks had more than $100 million of agricultural loans. Collectively, these banks held about $1.2 billion of agricultural loans. There have not been substantial credit delivery disruptions to farmers and ranchers because of bank failures.

While the financial health of agricultural banks has improved, these institutions face new and significant challenges. New regulations from the Dodd-Frank Wall Street Reform and Consumer Protection Act will add regulatory compliance costs. Typically, as a share of total operating costs, these compliance costs are greater for smaller banks. There will likely be continued pressure to merge institutions and gain potential cost economies and synergies. Moreover, volatile commodity and farm input cost markets increase the cash flow risks faced by farmers and agricultural lenders. Agricultural banks will have to continue to manage and monitor risks and explore opportunities to maintain competitiveness and profitability.

In summary, prudent risk management and a strong agricultural economy have resulted in a banking industry that is well-positioned to meet the continued financial needs of farmers. Stay tuned for a future farmdocdaily column that summarizes the strong financial health of the Farm Credit System.