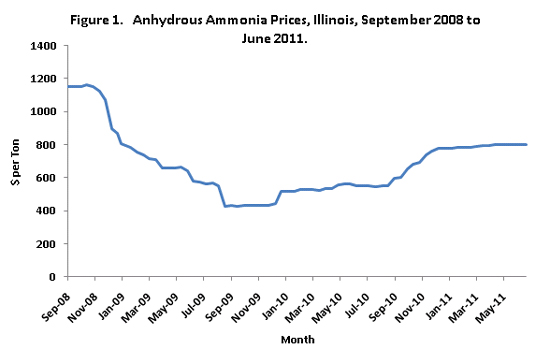 Figure 2 illustrates correlations by showing anhydrous ammonia, corn, and natural gas prices. So as to control the scale of the graph, these prices are standardized by dividing each price series by the average for the September 2008 through March 2011 period. For example, the average anhydrous ammonia price is $669 per ton from September 2008 through March 2011. On the graph, the September 2008 price of $1,149 per ton is shown as 1.71 ($1,149 / $669 average), indicating that the $1,149 price is 71 percent above the $669 per ton average. 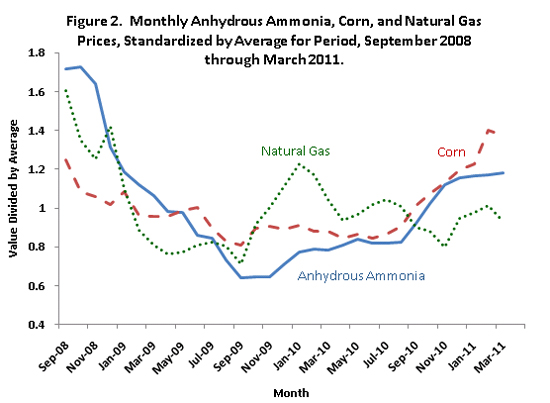