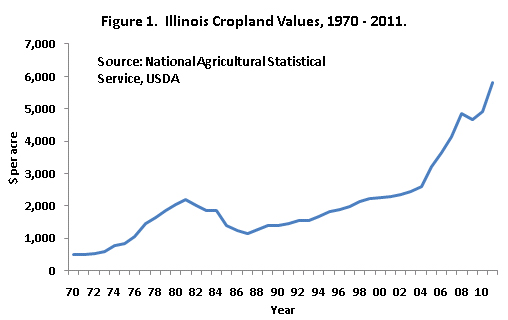 Are Prices Too High? 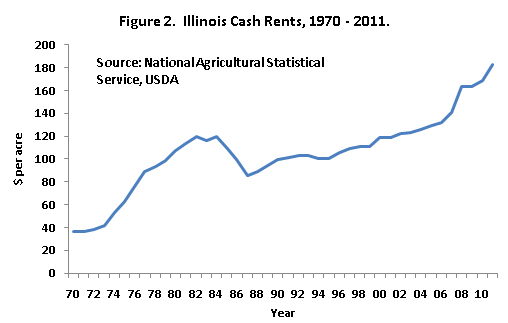 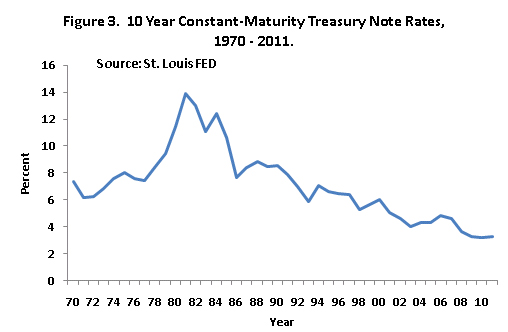 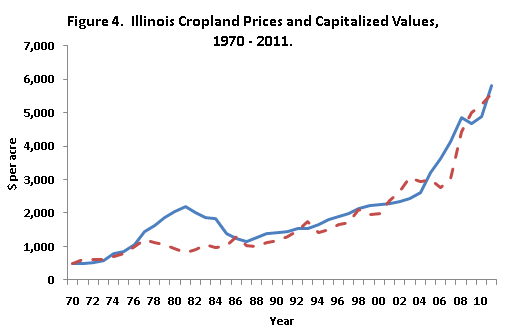 The last time farmland price exceeded capitalized value by a large margin was in the early 1980s, immediately prior to the large decline in Illinois farmland prices that occurred from 1982 through 1987. Currently, the situation in 2011 is not like the 1980s. This suggests that either farmland returns have to decrease or interest rates have to increase before farmland prices fall.

These are disquieting economic times. As this is being written, economic data is suggesting sluggish economic growth, raising the possibilities of a double-dip recession. The Federal Reserve has pursued policies that increased the money supply, leading to concerns of inflation in the future. The inability of the U.S., European Union countries, and several states within the U.S. to come to grips with fiscal imbalances and entitlement spending poses risks to the long-run economic future of western countries.