The projected 2012 profit ordering is similar to the historical, average ordering. From 2002 through 2010, corn was more profitable than wheat/double-crop soybeans by $17 per acre. Wheat/double crop soybeans were $17 more profitable than soybeans (see Figure 1). Being close to the historical average suggests that farmers have economic incentives similar to previous years for planting wheat, further suggesting that farmers likely plant wheat acres close to historical norms, weather permitting.

Relative profitability of crops varies across years. In the ten years from 2002 through 2011, corn was the most profitable crop in 5 out of 10 years, soybeans in 2 out of 10 years, and wheat/double-crop soybeans in 3 out of 10 years (see Figure 1). This variability suggests that planting multiple crops is a good risk management practice in southern Illinois. 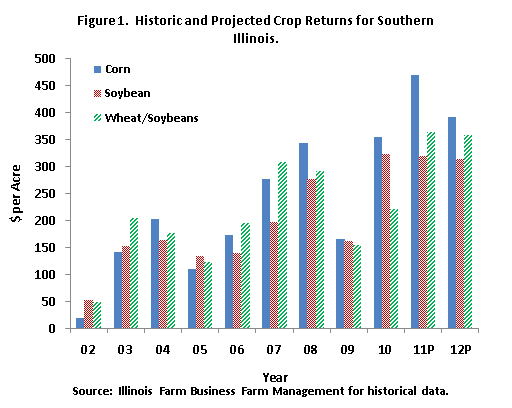 Budgets used in arriving at crop returns are shown in Table 1. Points from these budgets are: 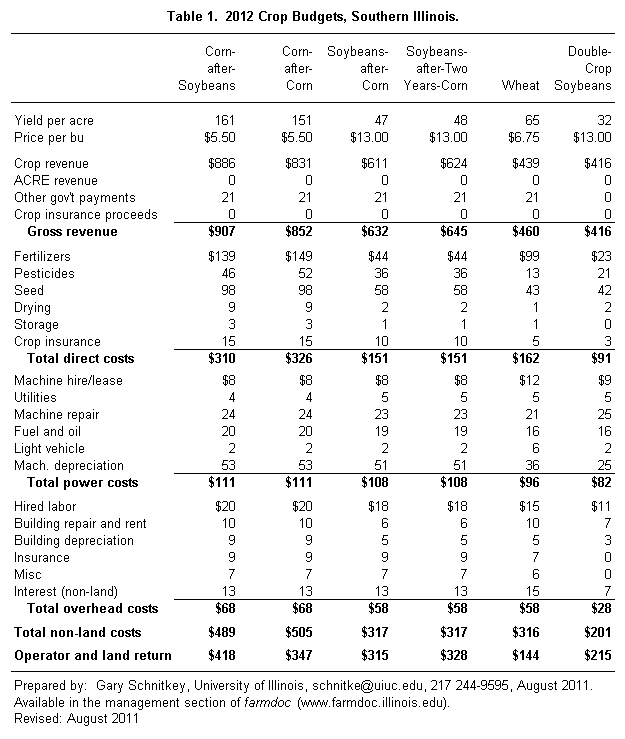 Crop budgets for other regions are available in the management section of farmdoc here. The direct link to the budgets is here.