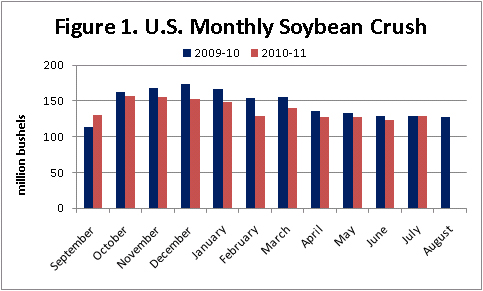 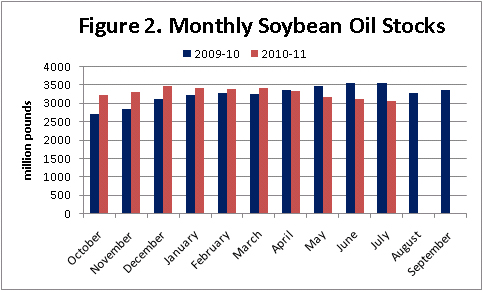 The USDA will release updated forecasts of soybean, soybean meal, and soybean oil consumption during the current marketing year on September 12. In the August WASDE report, the USDA projected soybean stocks at the end of the current marketing year (the end of August) at 230 million bushels. The larger crush in July suggests that stocks could be marginally smaller than projected since exports are right on pace to reach the projection of 1.495 billion bushels. Old crop soybean stocks as of September 1 will be revealed in the USDA’s Grain Stocks report to be released on September 30. For now, however, the primary focus is on the potential size of the 2011 U.S. soybean crop. The first USDA forecast of crop size released on August 11 was smaller than expected. A new forecast will be released on September 12.