Here we update the analysis of analog years to include August weather conditions. In August 2011, the average temperature in Illinois was 74.5 degrees, 1.2 degrees above average for the period 1975 through 2010. The average statewide precipitation, 1.9 inches, was 1.7 inches below the 1975-2010 average of 3.6 inches. This weather pattern was very different than in August 1977, a year previously included as an analog year. In 1977, the average temperature in Illinois was only 71.8 degrees and statewide precipitation averaged 6.9 inches. Since cool, wet conditions were experienced in 1977, that year is dropped as an analog year.

July and August weather data for the 4 remaining analog years and for 2011 are presented in Table 1 along with average weather data for the period 1975 through 2010. Calculations of the trend-adjusted Illinois and U.S. average corn and soybean yields are also shown for the 4 analog years. Average July and August weather conditions in the analog years were similar, but not identical to those in 2011. Compared to the 4-year average, July 2011 was warmer and wetter and August was cooler and drier. While average weather in the analog years does not fully match that of 2011, the patterns of corn and soybean crop condition ratings over the 2011 growing season are similar to the average of the analog years (Figures 1 and 2). This similarity provides additional confidence in the selection of analog years. 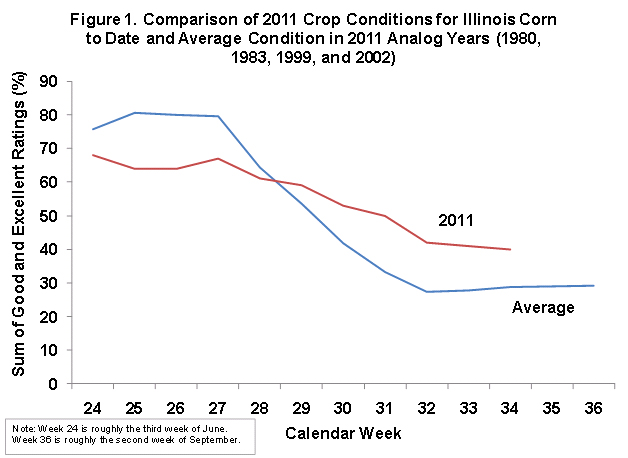 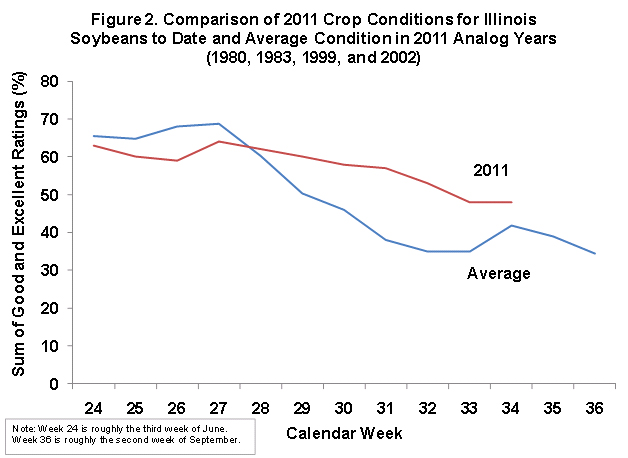 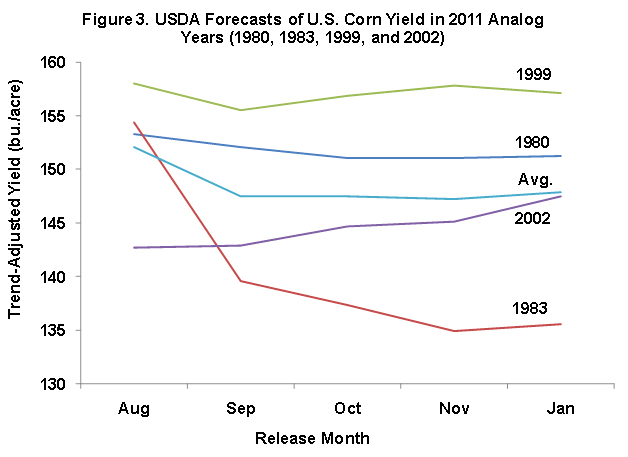 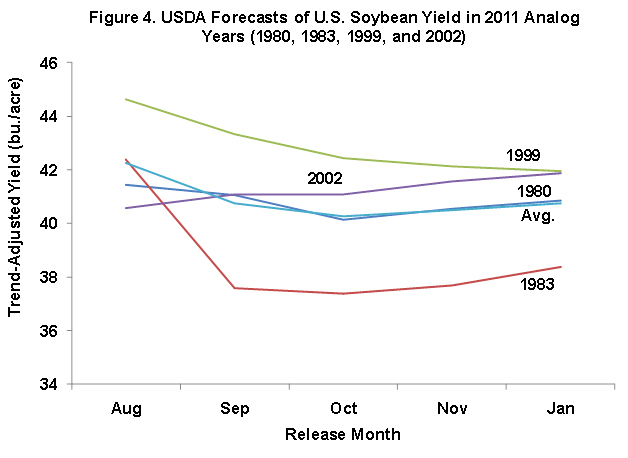 The analysis of the U.S. average trend-adjusted yields in previous years with Illinois summer weather conditions similar to those of 2011 leads to expectations for a 2011 U.S. average corn yield of about 148 bushels and a soybean yield of about 40.5 bushels. The USDA will release new yield forecasts on September 12, October 12, and November 9. The final yield estimate will be released in the second week of January 2012.