Like the U.S. average corn yield, the U.S. average soybean yield was below trend value in 2011. Market sentiment favors a return to trend yield for soybeans in 2012. Here we examine the pattern of yields from 1960 through 2011 (Figure 1) to identify any patterns that might be helpful in forming expectations for 2012. See our earlier post for similar observations about corn yield in 2012. 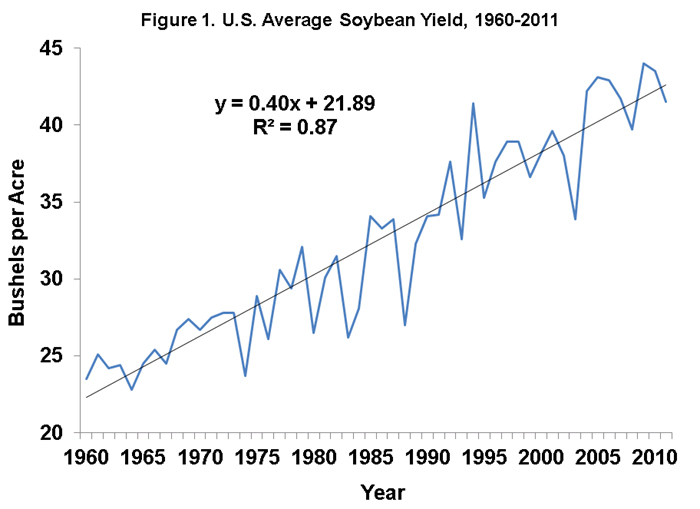 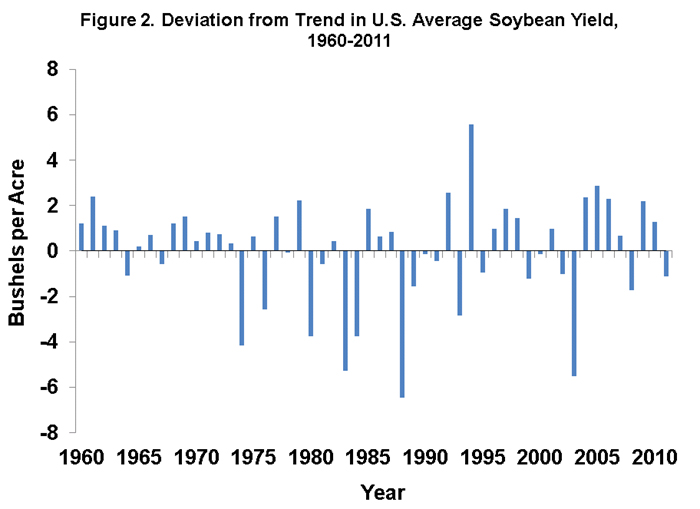 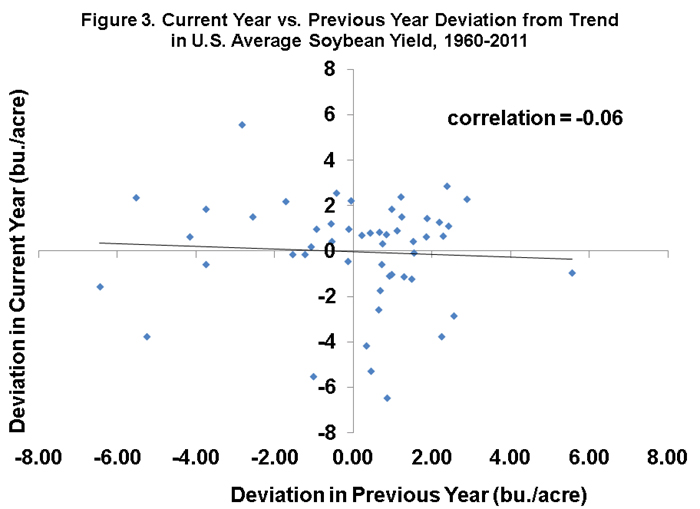 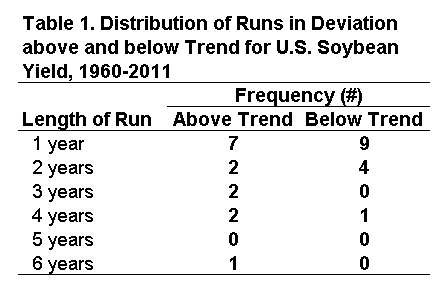 For any particular year, including 2012, history suggests a 60 percent chance of an average U.S. soybean yield above trend and a 40 percent chance of an average yield below trend value. The odds slightly favor a soybean yield above trend in 2012, but there is precedent for another year below trend. More specific expectations about the 2012 average yield will depend on how the planting and growing season unfolds.