In this post, 2011 county yields are compared to trend yields. Trend yields were found using county yield data from 1972 to 2010. Straight lines related to time were fit through this historical data using linear regression methods. Then, 2011 trend yields were found by extending the line through 2011. These trend yields represent expected values for 2011. For example, Ford County, Illinois had a 2011 trend yield of 166 bushels per acre. Given ?normal? weather and other conditions, the yield in Ford County was expected to be 166 bushels in 2011. The actual 2011 yield in Ford County was 137 bushels per acre, and the deviation from trend was -29 bushels per acre. This means that Ford County?s yield was 29 bushels below the 2011 expected level. In the following maps, 2011 yields are stated as deviations from trend. 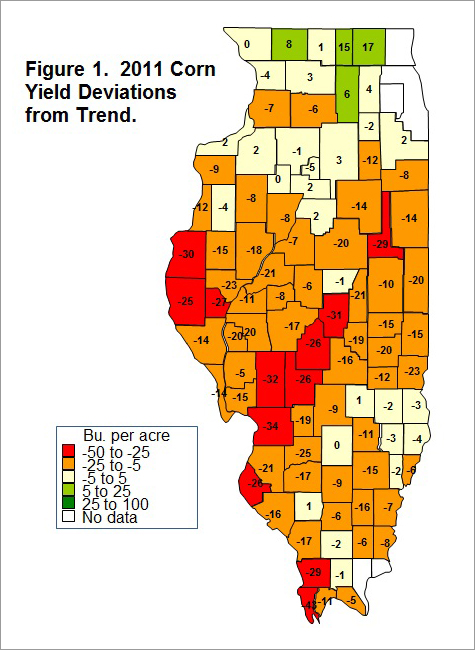 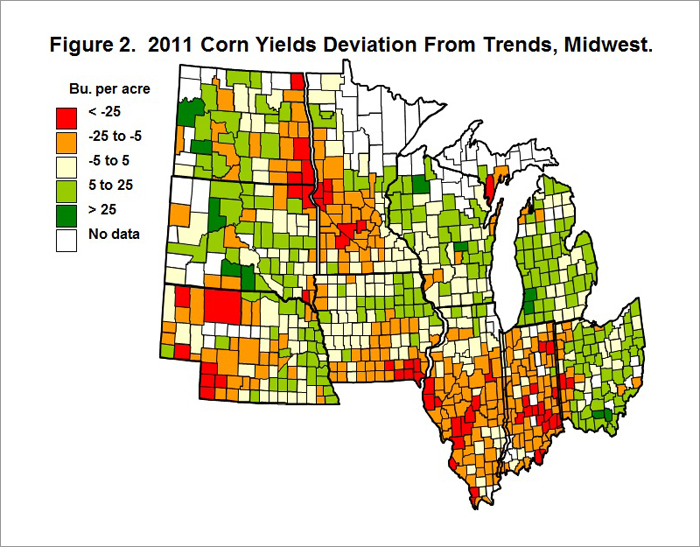 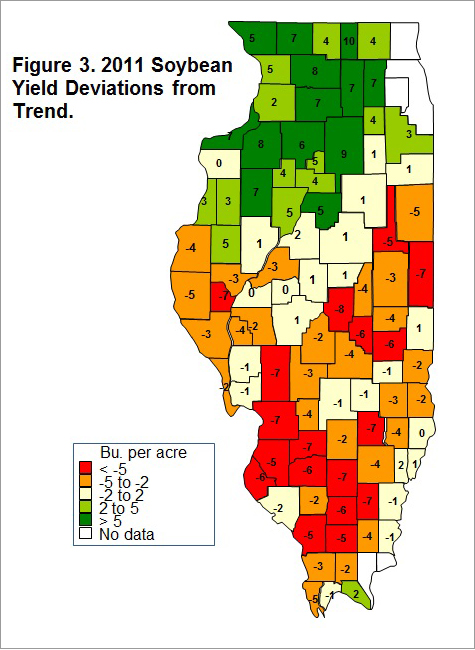 Variations in yields existed across Illinois. The same is true for the Midwest (see figure 4). Below trend yields were experienced in central and southern Illinois, Indiana, Minnesota, North Dakota, and eastern South Dakota. Above trend yields occurred in eastern Iowa and northern Illinois, eastern Nebraska, Ohio, and Michigan. 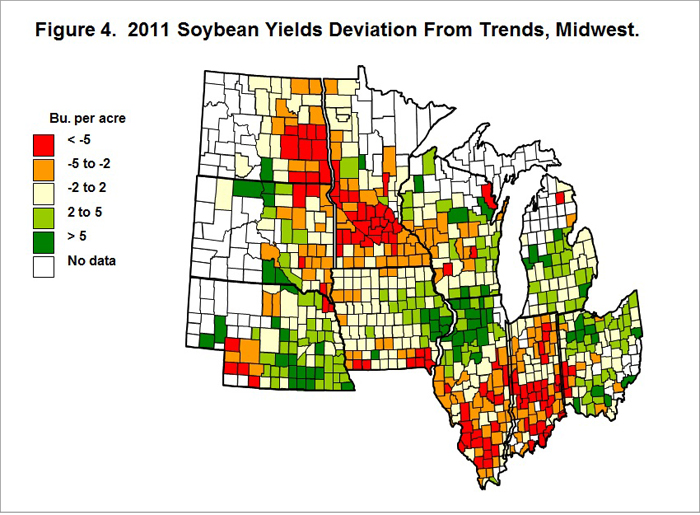