Olympic and simple averages are shown for corn and soybean prices. The averages are based on the five previous years of data since ARC uses 5-year averages in calculating its benchmarks. 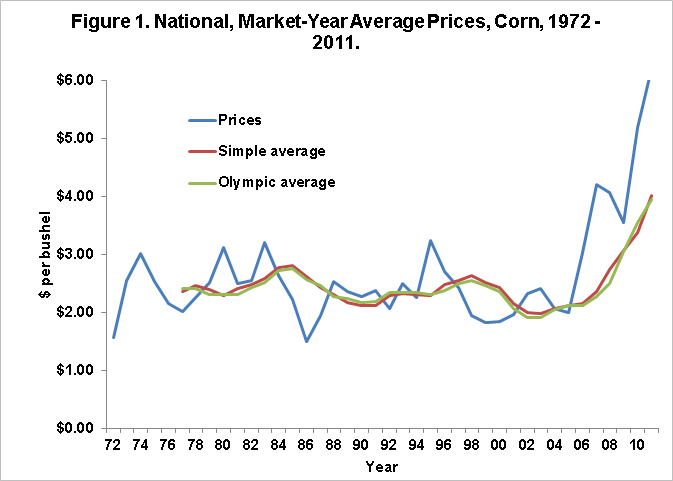 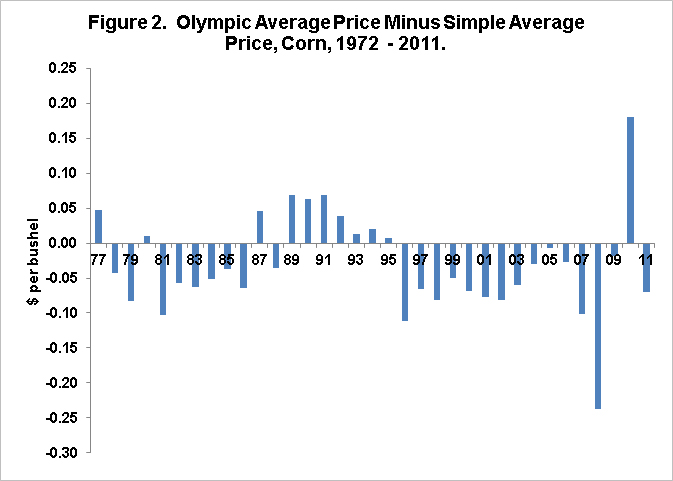 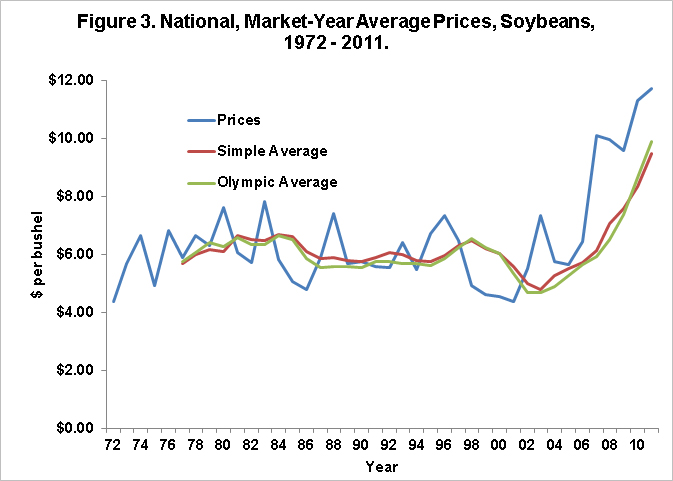 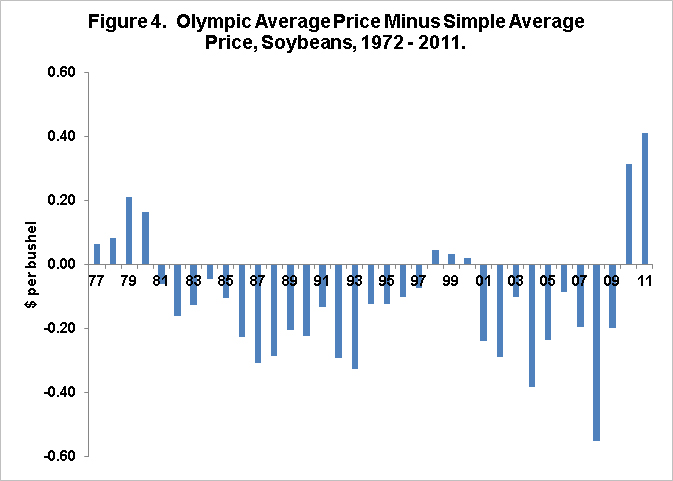