On August 10th, the U.S. Department of Agriculture (USDA) released its first estimates of 2012 corn and soybean yields on a state level. As one would expect given the 2012 drought, many states are projected to have poor yields. Relative to trend yields from 1972 through 2011, 2012 corn yields are projected to be the worst in four states. The lowest corn and soybean yields are located in or near the Midwest. Southern and eastern seaboard states have relatively higher yields. 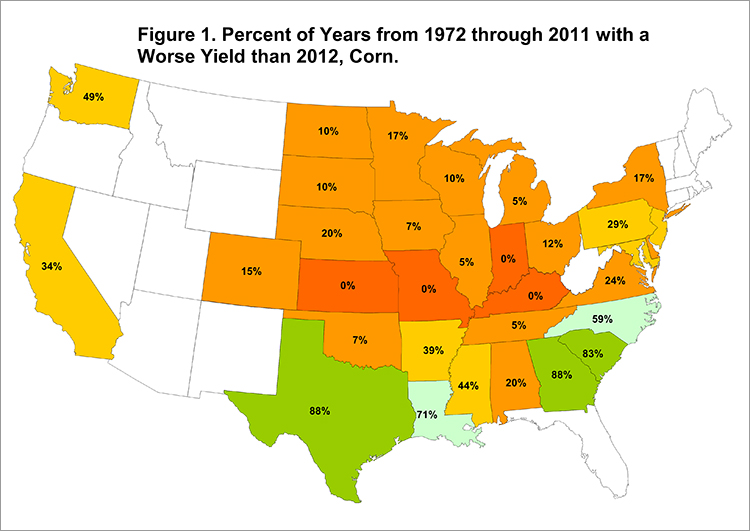 States in the southern U.S. and along the eastern seaboard are projected to have relatively good yields. These states include Texas (88%), Georgia (88%), South Carolina (83%), Louisiana (71%) and Virginia (59%).

Similar to corn, low soybean yields are located in the Midwest (see Figure 2). Both Indiana and Kansas only have 2% of the years with larger negative deviations than 2012. Illinois has 5% of yields below 2012 yields while Kentucky, Missouri, and Tennessee have 7% of years below 2012. 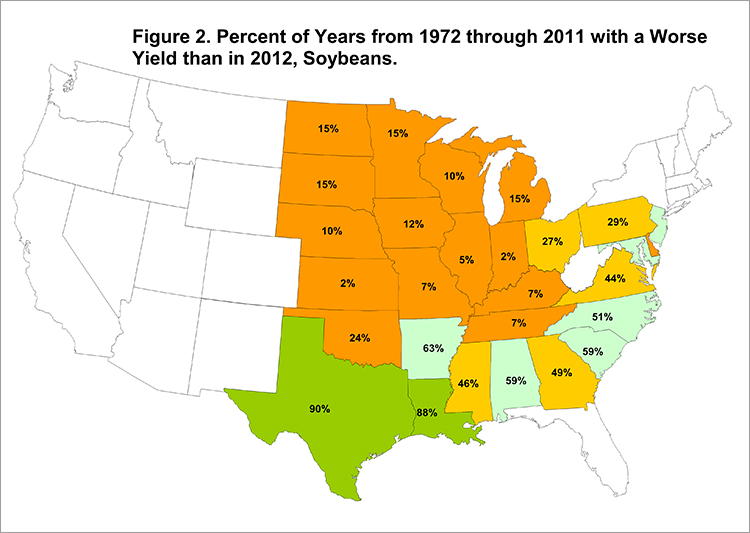 Low yields are concentrated around the Midwest. Southern states and eastern seaboard states did not have a poor of a production year as the Midwest.