Budgets for corn and soybeans grown in Illinois for 2013 are now available on farmdoc (see here). Below, the 2013 budgets are compared to 2011 results and 2012 projections for crops grown in central Illinois on high productivity farmland. Overall non-land costs are projected to be roughly the same in 2013 as in 2012. Projected 2013 returns for corn are projected to be between 2011 and 2012 returns. Projected 2013 soybean returns are lower than 2011 and 2012 returns.

A major difficulty in projecting 2013 returns is determining the corn and soybean prices to use in budgets. The $6.00 per bushel corn price and $12.50 per bushel soybean price represent cash prices implied from futures contracts. These prices could change a great deal between now and harvest-time 2013, resulting in large changes in profitability.

In 2013, corn returns ($654 per acre in 2013) minus soybeans return ($405 per acre) equals $244 per acre. This 2013 difference is large compared to historical averages. Between 2005 through 2011, corn-minus-soybean returns averaged $75 per acre. The large projected difference in 2013 occurs because corn price is relatively high compared to the soybean price. The 2012 soybean-to-corn price ratio is 2.08. From 2006 through 2012, the soybean-to-corn price ratio averaged 2.38. Whether these relative prices persist into 2013 is an open question, depending on demand conditions and harvests in both North and South America. Whether these relative prices influence 2013 planting decisions also is an open question. 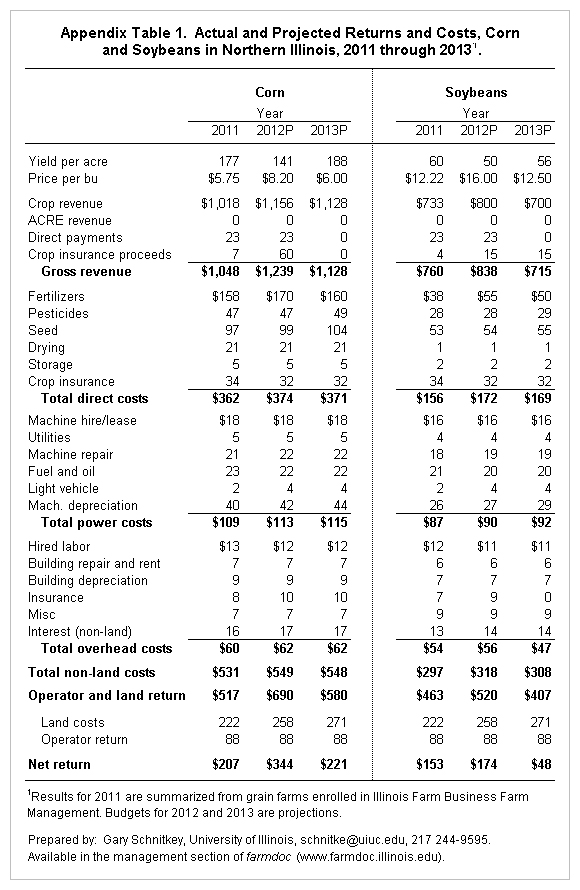 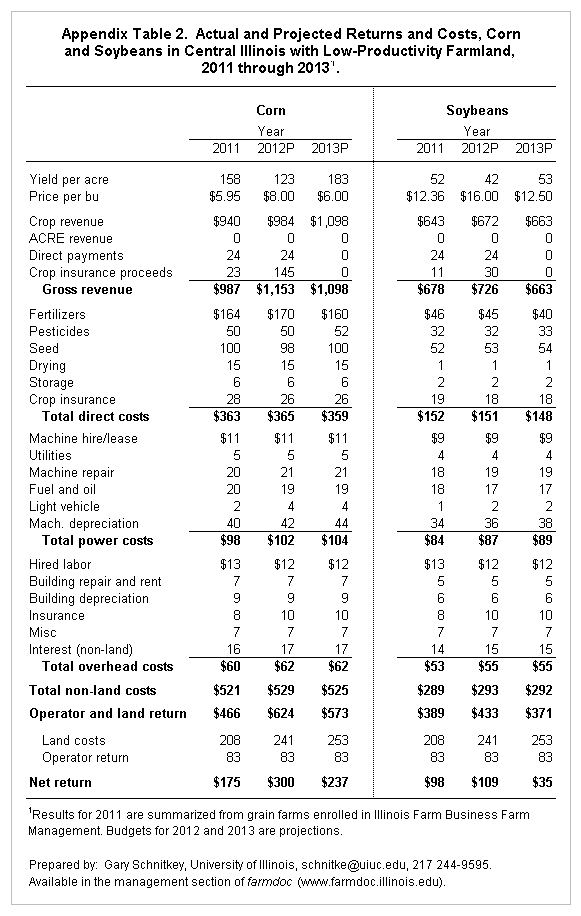 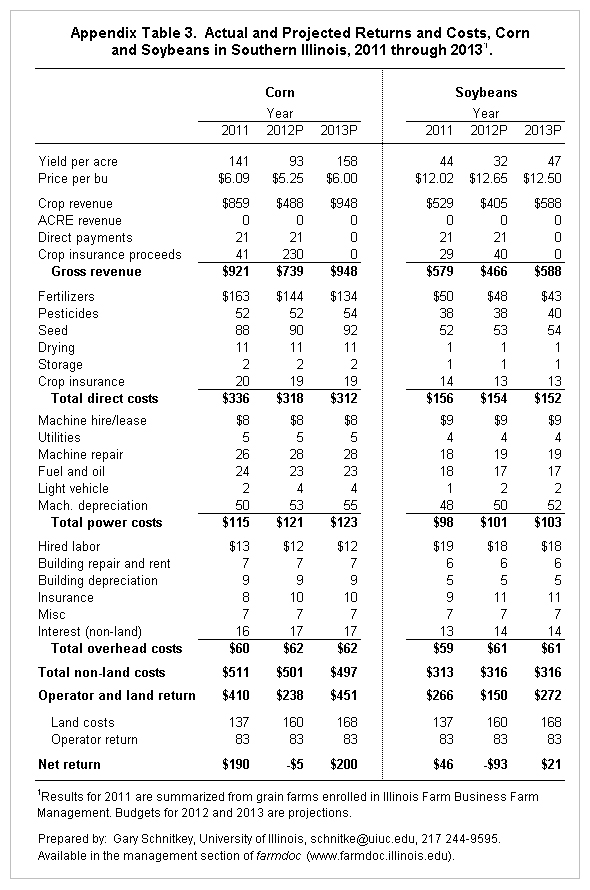